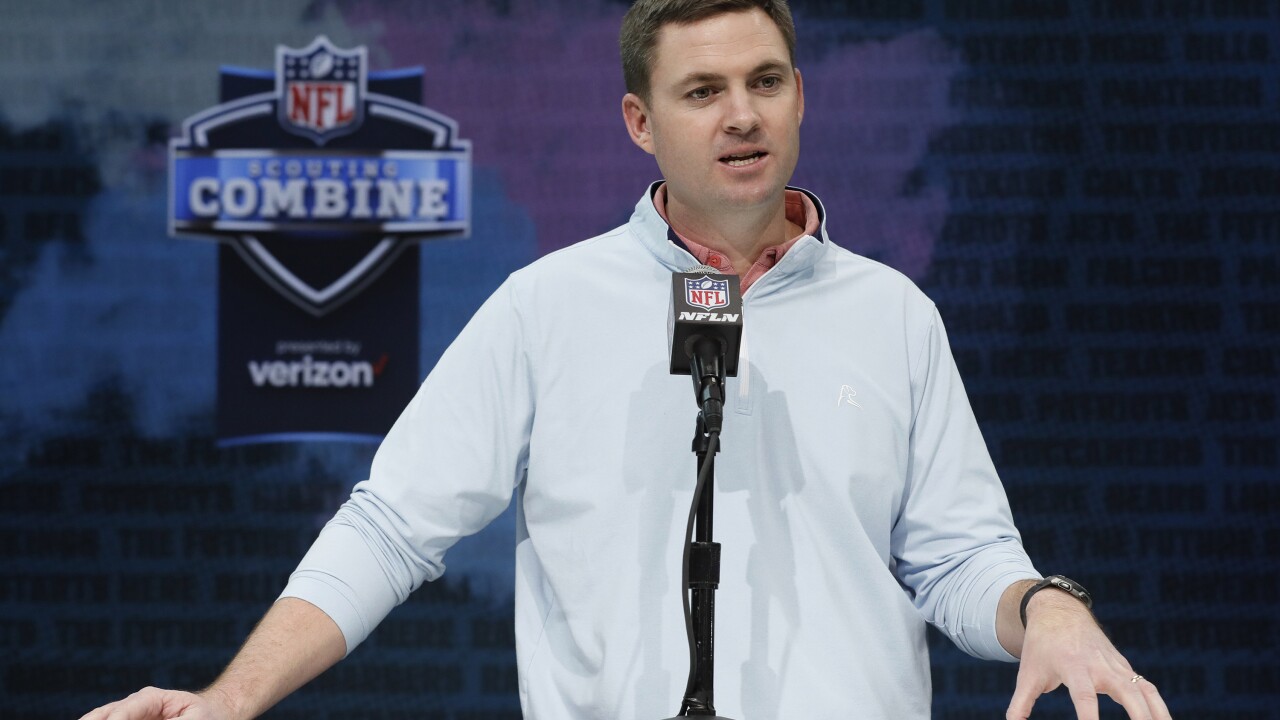 CINCINNATI — The Cincinnati Bengals had some key advantages going into the first virtual NFL Draft. Second-year coach Zac Taylor said draft position and extra time scouting players at the Senior Bowl paid off for them.

Taylor came out of the three-day event feeling satisfied in how they improved the team.

After starting the draft with a new quarterback-wide receiver tandem in LSU’s Joe Burrow and Clemson’s Tee Higgins, the Bengals turned to the defense in the middle rounds. They tripled up at linebacker to address the thinnest position group on the roster with the addition of Wyoming’s Logan Wilson in the third round Friday and Appalachian State’s Akeem Davis-Gaither and Purdue’s Markus Bailey in the fourth and seventh rounds, respectively, on Saturday.

Cincinnati picked up Notre Dame defensive end Khalid Kareem in the fifth round before turning back to the offense with the selection of Kansas left tackle Hakeem Adeniji, who will add competition at the right guard and right tackle positions.

“We had higher grades than where we ended up getting them in a lot of cases, so again, that's really good for us,” Taylor said Saturday after the Bengals finished drafting. “It's just we feel like these guys are all good scheme fits for us. They are all going to compete for playing time. They all have the intangible qualities of things we've identified that we need to continue to add to the organization, so just really excited with how it all shook out.”

Three of the seven players – Wilson, Davis-Gaither and Adeniji -- participated in the Senior Bowl, where the Bengals’ staff had a chance to coach the South Team but also got to know some of the players on the North squad as well.

That proved to be a worthwhile experience for Cincinnati, especially later in the scouting process when Pro Day events and prospect visits got canceled because of COVID-19 shutdowns.

“That week really had a big effect on how we were able to approach things even though we only coached one of them,” Taylor said. “Two of them we got to be familiar with over the course of that week, so we felt like we had intimate knowledge of those guys, and it really helped us.”

Davis-Gaither was the only one who actually had the entire week with the Bengals coaching staff, but that experience proved instrumental in where he ended up.

The Sun Belt Conference Defensive Player of the Year said his agent had told him he could go early in the third round so he was disappointed not to get a call on Friday. Some analysts suggested he might have fallen because of a stress fracture in his foot that he had surgically repaired last month.

Bengals defensive coordinator Lou Anarumo said that wasn’t a concern for the Bengals, who liked his versatility as someone who can play outside or in the box. Davis-Gaither, who finished the season with 104 tackles, had been playing on the injured foot since the third game of the season and he expects to be fully cleared in two and a half weeks.

“I just tried to let it play its part, try to go in with a clear head and just let it take its own course,” Davis-Gaither said. “… I always carry that chip on my shoulder. If I would have went in the second round, it doesn’t matter because I know there are people out there doubting me. I just want to prove them wrong.”

That’s the kind of mentality the Bengals are looking for, as they try to turn things around following a 2-14 season and four straight seasons missing the playoffs. The Bengals especially worked this offseason to improve the defense, adding five or six new starters in free agency before spending four draft picks on that side of the ball.

Taylor said they didn’t plan to draft three linebackers but saw value in those picks and couldn’t pass them up. In loading up at that spot, Cincinnati is hoping to be able to better handle the physical running backs and explosive quarterbacks in the AFC North, like Baltimore’s Lamar Jackson, who exposed that area of weakness in the middle of the Bengals’ defense last year.

“I think we’ve accomplished that with both of the (linebacker) guys we’ve taken so far,” Bengals defensive coordinator Lou Anarumo said after Davis-Gaither was selected in the fourth round. “…Both guys give you that flexibility to be able to chase guys down but will still be stout enough to take on and shed blocks. We’re happy with that.”

In Kareem, they also have another edge rusher who could play outside linebacker if not the defensive end position the Bengals picture him playing now. He has a rare 84-inch wingspan and also paints the picture of leadership Cincinnati was looking for while getting six former college team captains.

Offensively, Taylor is rebuilding around Burrow, which made the Higgins pick so positive as he is expected to compete as a Day 1 starter, but the one consistent knock on this year’s draft was that Cincinnati didn’t do enough to add to Burrow’s protection up front.

There were some solid options at the offensive line positions in the third and fourth rounds still but the Bengals waited until the sixth round to address that spot. Taylor said Cincinnati drafted with a balance of hitting needs and taking advantage of value with the best player available.

Offensive coordinator Brian Callahan said the Bengals liked Adeniji’s versatility and athleticism he showed as a four-year left tackle at Kansas. He expects Adeniji to push the competition at right guard and right tackle, but typically an offensive linemen drafted in the later rounds is there for depth purposes and not expected to step in as a starter.

Adeniji believes he was “a steal.” He looks forward to being a part of a new era in Cincinnati’s offense under Burrow.

“It’s great,” Adeniji said. “I feel like we’re starting something new. All these talented guys ... I want to come in and do my part. In a few years, you’re going to see the tide turn, and we’re going to be a team that shocks people.”