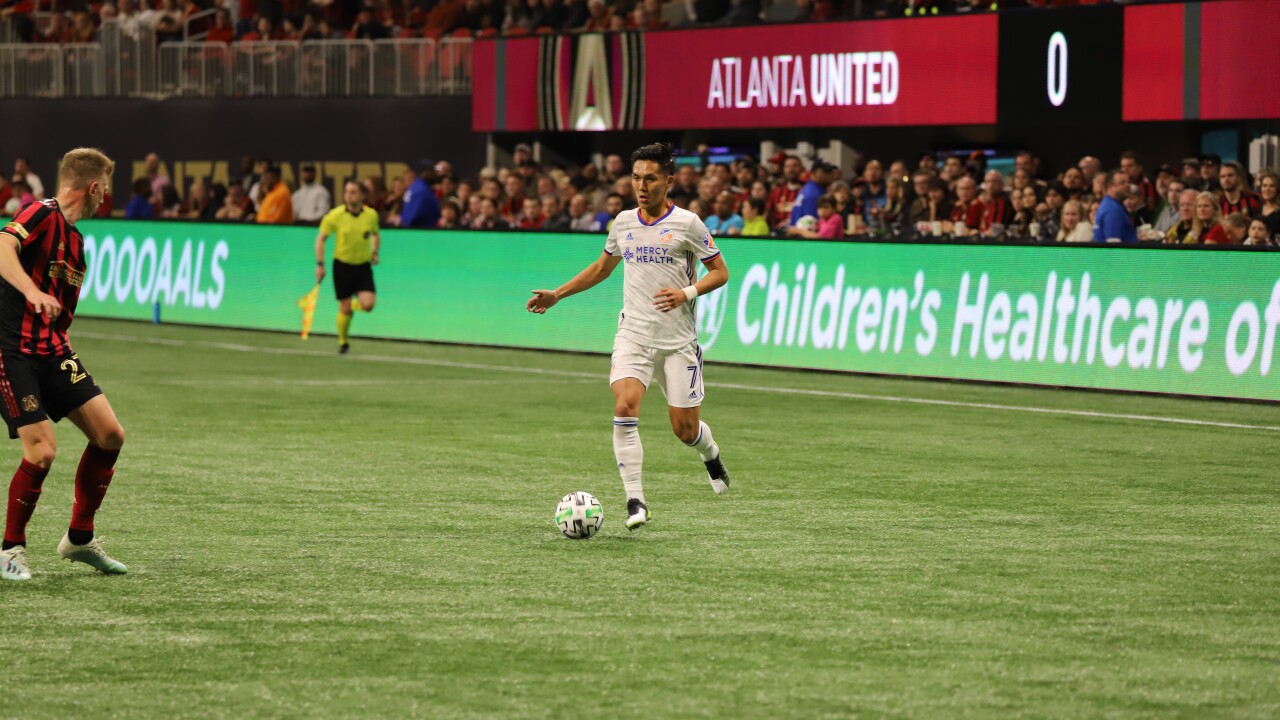 With Martinez watching from a luxury box and expected to miss much of the season, United improved to 2-0 before another huge crowd in its home opener, passing the first test without one of Major League Soccer's most dynamic scorers.

Adam Jahn started in Martinez's familiar striker spot, but it was Barco and Pity Martinez largely picking up the slack for the 2018 MVP.

In the 21st minute, Pity Martinez set up Barco for the first home goal of the year. Settling a towering pass down the right sideline, Martinez zigzagged toward the Cincinnati goal with Kendall Waston trying desperately to mark him.

Just short of the end line, Martinez delivered a pass that got past Waston, another defender and keeper Spencer Richey before Barco buried it from right in front of the net.

Atlanta extended its lead in the 55th. While United was controlling play just outside the area, Hyndman slipped inside, took a no-look pass from Barco and ripped a shot to the short side that eluded a diving Richey.

Martinez had a good chance to score in the 17th minute. Atlanta played keep-away in the midfield with a series of quick, precise passes before finally spotting an opening, sending through a long ball to the Argentinian streaking into the area.

Martinez got off a shot, but Richey deflected it wide of the goal with a kick save.

Stymied much of the game to create any sort of offense, Cincinnati finally broke through in the 65th on Yuya Kubo's veering shot from about 22 yards out.

Keeper Brad Guzan was barking instructions and appeared to get caught flat-footed when Kubo suddenly ripped one toward the right post. Guzan leaned the opposite way and then helplessly fell back on his heels as Kubo's shot sailed past him.

Accustomed to being the center of attention, Josef Martinez was on crutches and merely a spectator among the crowd of 69,301. He tore the ACL in his right knee last weekend in the MLS opener against expansion club Nashville.

He wasn't forgotten, though.

United supporters chanted his name in unison in the seventh minute — in tribute to Martinez's uniform number — and he acknowledged the gesture from his seat high above the field at Mercedes-Benz Stadium.

With a big game coming up Wednesday night against Mexican powerhouse Club América in the CONCACAF Champions League quarterfinals, Atlanta subbed out Pity Martinez in the 67th minute.

Down the stretch, Guzan made a sprawling save to preserve the lead and United held on to collect another three points.