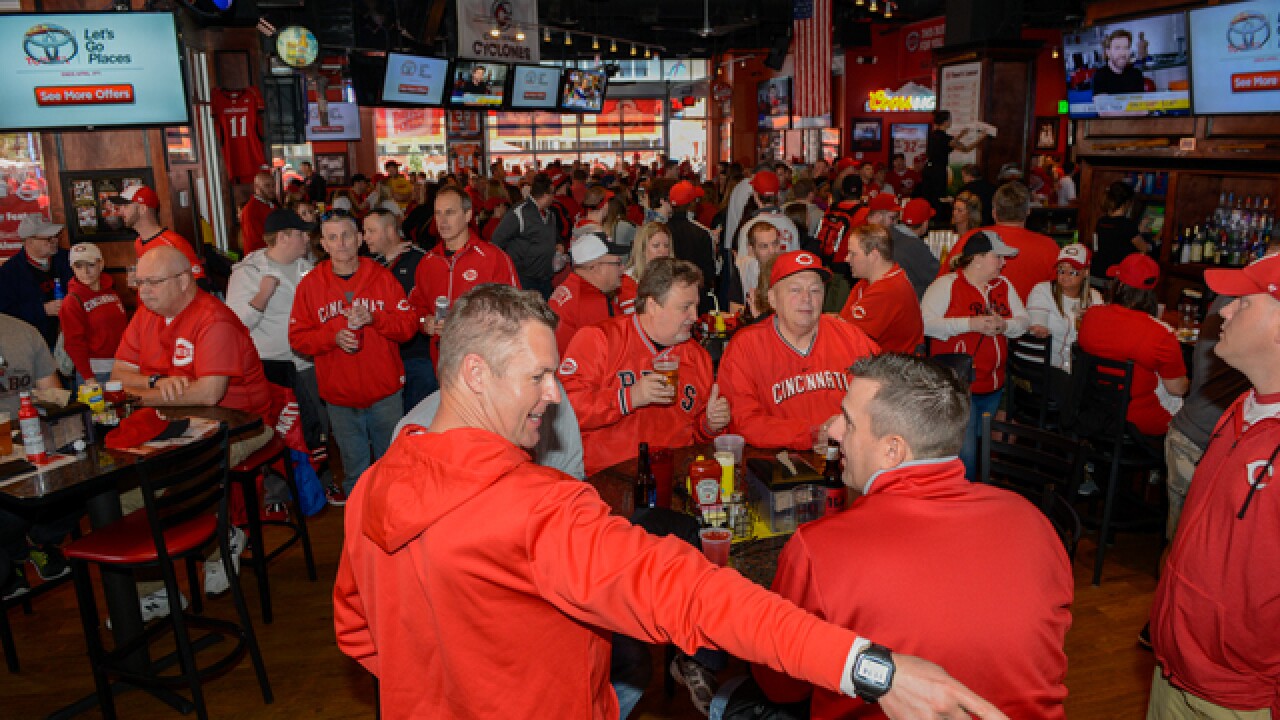 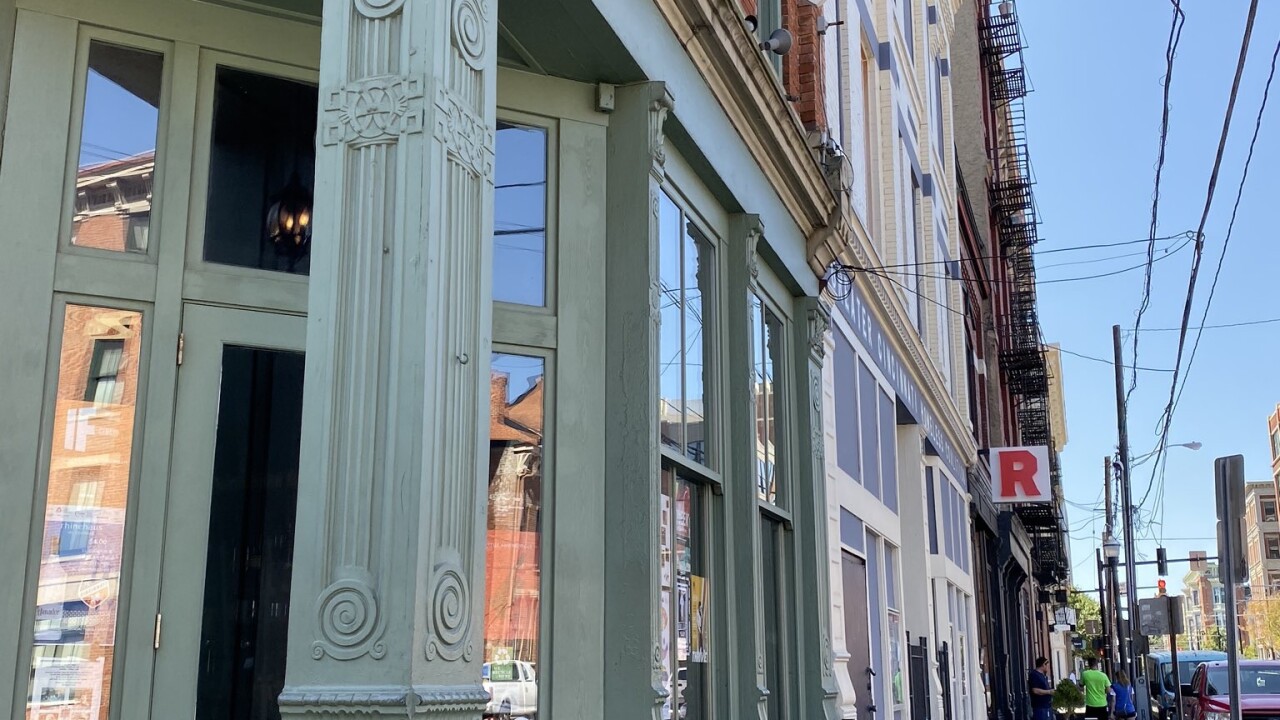 While the Cincinnati Reds are being projected as playoff contenders for the first time in years, it’s uncertain whether local sports bars will be able to cash in on the optimism.

The COVID-19 pandemic has slowed business, but local sports bars are hoping the return of sports will help drive more foot traffic.

The Reds will open their season Friday without fans in attendance at Great American Ball Park. FC Cincinnati returned to play in the MLS is Back Tournament two weeks ago in Orlando, and the NBA and NHL will resume their seasons at the end of July and beginning of August.

“We’re hoping we are getting people,” said Billy Watson, co-owner of Kitty’s Sports Grill downtown. “The month of April we just did carryout food, and our revenue for the whole month did not equal Opening Day last year. That tells you how much we would like to see sporting events. There is a lot of enthusiasm for the Reds this year. I have a lot of optimism every year, but this year a little more so because they spent more in free agency. Even if we don’t get more people, at least I can watch a live baseball game. But we hope it will draw more people.”

Watson said he would be glad just to get 30 people coming through the door. Kitty’s, which is located across from Paul Brown Stadium on Third Street, just opened for dine-in service last Friday because of how slow business has been.

He estimates probably 90% of people who normally would be downtown during the week are working from home, which means fewer customers. Hours for Kitty's are 11 a.m. to 8 or 9 p.m. during the week, depending on business; the bar stays open longer on weekends.

“Our crowds are so small.” Watson said. “I feel like our business has gotten hit hard. Some places have outdoor restaurants or established to-go business, and they are doing well, but we are downtown and we rely on people working downtown for our lunches and happy hour. We’re hoping with baseball starting Friday it will give people something to say, ‘Let’s go there to watch the game since we can’t go to it.’ We are hoping that helps.”

Cameron Walters, a manager at Shooters Sports Grill in Loveland, acknowledged location has been an advantage for his business because there are several large subdivisions nearby. But while Shooters has been slammed with carryout orders from a loyal following of customers, and steady patio service, the indoor restaurant hasn’t been that busy, he said.

Shooters added a large tent to cover its patio, so people can still sit outside when it’s raining, but all the TVs are inside. Walters is still hoping indoor business will pick up, as Shooters is taking extra precautions to make customers feel safe. Customers have to wear a mask while walking around but can take it off at their table, and all employees are wearing masks. The number of tables in the restaurant also has been cut in half, and the video games are blocked off to help with safety measures.

Putters in Liberty Township has experienced similar ups and downs. Business has picked up with dine-in service, but is “nowhere near what it was prior to the shutdown,” said general manager Keith Wilke.

Putters will run a special during every Reds game this year, offering a small order of its popular hand-cut, hand-breaded wings for $5.

“With no sports going on, there’s not really a reason to come in and hang out and watch other than to get a quick meal,” Wilke said. “We’ve had this week and next week circled on the calendar to keep an eye on, and we’re hopeful with baseball coming back people have reason to come out and catch a game and hang out, and with NBA and hockey starting soon as well, hopefully people are wanting to try to get back to some normalcy.”

Even if sports fans aren’t yet comfortable eating and watching games inside, Putters has several TVs on each of its two patios, including one that previously was a smoking area; that space now has a more family-friendly atmosphere with low-top tables added within social distancing guidelines.

Rhinehaus owner Aaron Kohlhepp has struggled with the balance of wanting to keep people safe and also trying to do business. As cases spiked in recent weeks, he announced on Twitter on July 14 that the Over-the-Rhine “drinks only” sports bar would be temporarily closing again and taking it on a week-by-week basis.

Rhinehaus is normally a big draw for soccer fans as an official FC Cincinnati Pub Partner and because it opens early for English Premier League games. It will re-open Sunday for “Survival Sunday” as the EPL season wraps up and relegation looms.

Kohlhepp said he has seating for up to nine parties ranging in size from a single bar stool to a table for seven. Capacity is now about 40, which is less than half normal occupancy, and Rhinehaus has switched to all plastic containers so customers can throw them away and not have to return to the bar or leave them out on tables.

“We basically just have one staff member running every shift, and we weren’t feeling that great about things, and I felt a little icky marketing the bar as cases spiked,” Kohlhepp said. “We’ve been working with the city to get some outdoor seating, but our proposal to close Clay Street got declined, so it’s back to the drawing board. With Opening Day coming this week, I’ll be interested to see what Holy Grail looks like Friday, if they get crushed with people. … It’s hard to judge people’s comfort level with things changing every week.

“I think we did a great job. People commented they felt safe, but when you have a thousand-square-feet space with 40 people, which is allowed, it still felt weird. Now that cases have leveled off a little, we are starting to feel better about it.”

Kohlhepp said outdoor seating would help some feel more comfortable, though there wouldn’t be TVs.

Watson isn’t expecting business to pick up so much that he has to make additional changes to the current setup at Kitty’s. Normally, occupancy maxes out at 150 customers, but his goal of 30 people would be well below the number the bar could reach even with social distancing measures.

“We might have to watch people closer, but like I said, I would be overjoyed to get 30 people in here at one time,” Watson said. “We’ve taken out some tables and stacked up chairs to make a clear path to the bathroom so you don’t pass by tables and get close to anyone. We have three hand sanitizer stations installed by the entrance, the ATM/lottery machine and bathroom. We’ll have normal cleaning like we’re doing now, making sure if someone uses a menu, it goes in a stack and we wipe it down good like the tables and chairs. We already have tables spread out. We have two booths back to back and we closed one of those. We’ve done everything we can to make people feel safe.”