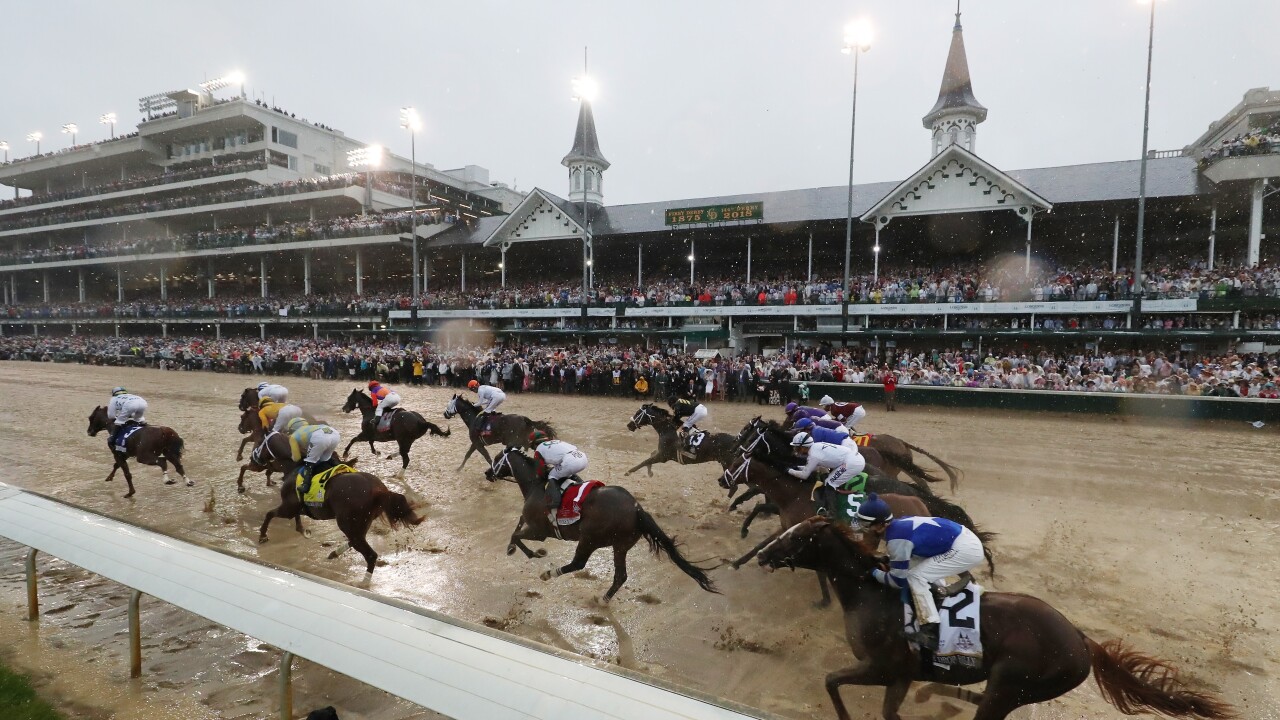 The deaths of 23 horses over three months at Santa Anita in California have roiled the racing industry and prompted abrupt changes in race-day medication rules that would alter the Triple Crown series beginning in 2021.

With interest among the general public at its highest starting with Saturday's Kentucky Derby, the sport — and the drug Lasix — is under intense scrutiny.

The high number of deaths at Santa Anita has stoked palpable fear in California about the possibility of a statewide ballot initiative in 2020 asking voters whether horse racing should continue. It would require about 620,000 signatures to get on the ballot.

Investigators from the racing board are working with those assigned by the Los Angeles County District Attorney's Office to try to figure out the cause of the fatalities, with over 70 subpoenas issued. Most of the necropsies involving the dead horses have been completed, although results have yet to be made public.

Lasix has become a central issue in reform discussions. Though it has not been linked to any horse deaths, Lasix is the only medication allowed on race day.

The drug formally known as furosemide has been used for decades in U.S. racing. It's given as an injection about four hours before a race to help prevent pulmonary bleeding. Lasix also works as a diuretic that causes horses to urinate and lose 20 to 30 pounds of fluid, which can increase their ability to run faster.

In humans, furosemide is used to treat blood pressure and help reduce excess fluid in the body.

Whether all the discussions about race-day medication and the use of whips are just kneejerk reactions to placate critics or represent meaningful change in the sport is an ongoing debate within the U.S. racing industry.

The Association of Racing Commissioners International's Scientific Advisory Group this month reported there is no current science linking Lasix treatments to muscular skeletal issues that may be a contributing cause of horse breakdowns.

Nonetheless, under pressure after the spike in deaths, Santa Anita and Golden Gate Fields in Northern California — both owned by The Stronach Group — announced plans to phase out Lasix use in stages. Now it's allowed at half of previous levels. In 2020, 2-year-old horses won't be allowed to be treated with it within 24 hours of racing.

Eric Hamelback, CEO of the National Horsemen's Benevolent and Protective Association, recently said he is "disturbed and mystified" by plans to phase out Lasix use.

"Horses will continue to have injuries without race-day administration of Lasix," Hamelback said. "However, what also will happen is more horses will experience exercise-induced pulmonary hemorrhaging, which is systemic not only in thoroughbreds but equines in general. Lasix has been proven to be effective and preventing or reducing the severity of EIPH for well over 30 years."

Some of the country's other biggest tracks have joined Santa Anita and Golden Gate Fields in phasing out Lasix, including Churchill Downs, Pimlico and Belmont, hosts of the Triple Crown series. The newly formed coalition includes Saratoga in upstate New York and Del Mar near San Diego, which stage the summer's highest-profile races.

They all agreed to phase out the use of the drug starting next year.

In 2021, the ban would extend to all horses competing in any stakes races — the highest-level events — at tracks in the coalition. That's when the Triple Crown would be run for the first time under the new medication rules.

The ban must be approved by regulators in each state, and it figures to draw opposition from trainers and owners concerned that an immediate ban on Lasix — rather than a gradual weaning off it — could be problematic and cause potential health risks.

Similar rules were tried in 2011, but the American Graded Stakes Committee and the Breeders' Cup were forced to abandon them two years later after pressure from horsemen.

An industry veterinary group supports the use of Lasix on race day to manage the effects of EIPH.

At the same time, Dr. Jeff Berk, president of the American Association of Equine Practitioners, said there is "urgent need" for continued research into finding alternative methods to Lasix.

Alan Foreman, chairman and CEO of the Thoroughbred Horsemen's Association, said Lasix is "being demonized" and isn't the cause of the deaths at Santa Anita.

"Lasix has nothing to do with it because if that was the case, then why aren't horses breaking down left and right like they were there?" he said. "Those who are opposed to Lasix have seized on this situation as an opportunity for them. It's a total misdirection and for some reason The Stronach Group bought into that."

Belinda Stronach, TSG chairman and president, said, "We are taking a stand and fully recognize just how disruptive this might be."

Animal rights activists say some medications mask symptoms they allege can lead to catastrophic injuries and they point out that outside North America most countries ban race-day medication.

The move to phase out the use of Lasix has been welcomed by People for the Ethical Treatment of Animals.

"It took 23 dead horses on one track," said Kathy Guillermo, senior vice president of PETA, "but we were sure that the racing industry could change if it wanted to and phasing out Lasix for stakes races and 2-year-olds is an excellent first step in what must be an ongoing overhaul of racing rules nationwide."

The regulated use of Lasix is voluntary and any horse racing on it is noted in a track's program to provide transparency for bettors.

"It would be fine with me if we run without Lasix," said Rick Porter, who owns probable Kentucky Derby favorite Omaha Beach.

U.S. lawmakers introduced a bill in March that would establish a uniform anti-doping and medication control program for the sport. However, getting racing's track operators, thoroughbred owners, breeders, trainers and jockeys to function under the auspices of a national governing body has been arduous.

Four of the 20 horses expected to run in the Kentucky Derby are based at Santa Anita: Omaha Beach and the Bob Baffert trio of Game Winner, Improbable and Roadster. Derby entry Gray Magician works out of a training center near San Diego. A victory by any of them would give the state's beleaguered industry a boost.

"It's a beautiful sport," said Baffert, who believes the rare winter rains that inundated Santa Anita after years of drought were the main culprit in the deaths "We want to make it as safe as possible on these horses. They're not our livelihood. They are our way of life."