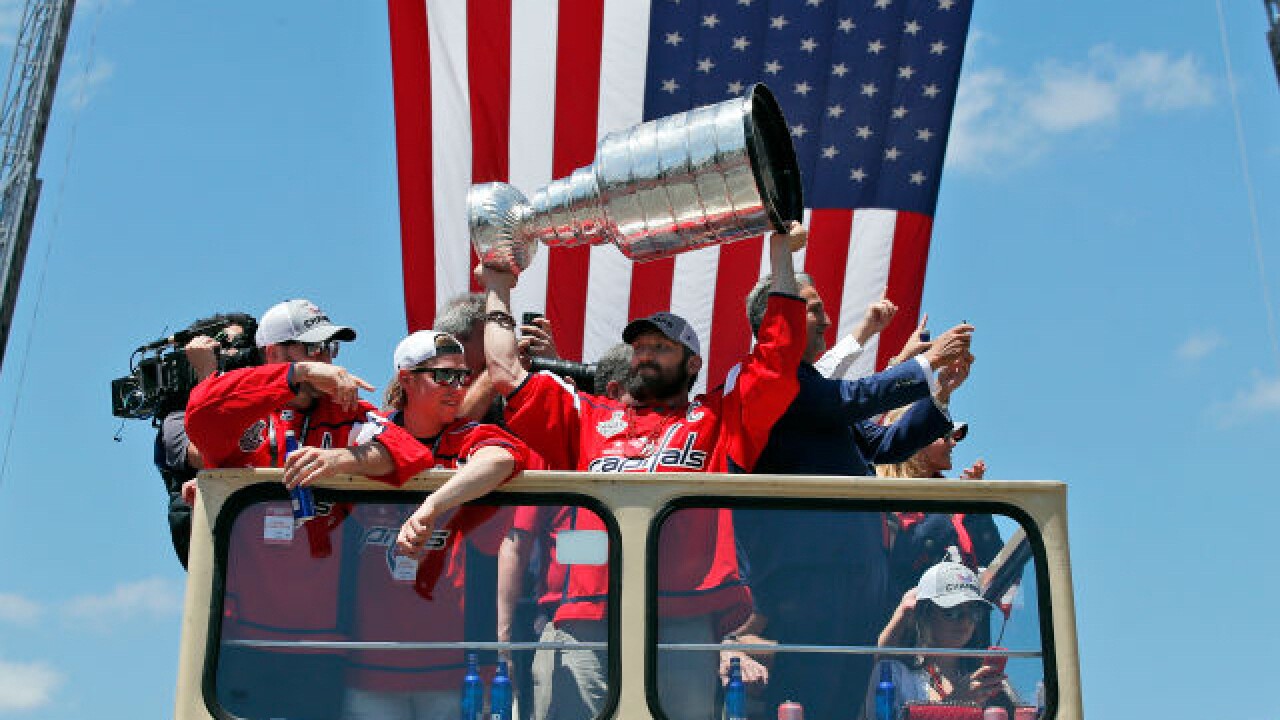 Image copyright 2018 Getty Images. All rights reserved. This material may not be published, broadcast, rewritten, or redistributed.
Pool
<p>WASHINGTON, DC - JUNE 12: Alex Ovechkin of the NHL champion Washington Capitals holds up the Stanley Cup as teammate Nicklas Backstrom looks on during a victory parade along Contitution Avenue June 12, 2018, in Washington, DC. (Photo by Alex Brandon-Pool/Getty Images)</p>

OXFORD, Ohio -- The Stanley Cup is coming to Miami University in September.

Mitch Korn, the Washington Capitals' director of goaltending, will bring North American hockey's top prize to Goggins Ice Center during his day with the cup on Sept. 5, he said in a video shared by the Miami RedHawks hockey team on Twitter.

We have a special announcement from legendary former assistant coach @MitchKorn35, who's bringing Lord Stanley to @MiamiUniversity & @GogginIceCenter!

"We want to share this with all the students, faculty, staff and members of the community," Korn says in the video.

Korn is a former assistant coach at Miami. His time in the NHL has included work with the Buffalo Sabres and Nashville Predators in addition to the Capitals.

A public viewing of the cup will be held in the ice center's lobby. More details will be released on MiamiRedHawks.com closer to the date.