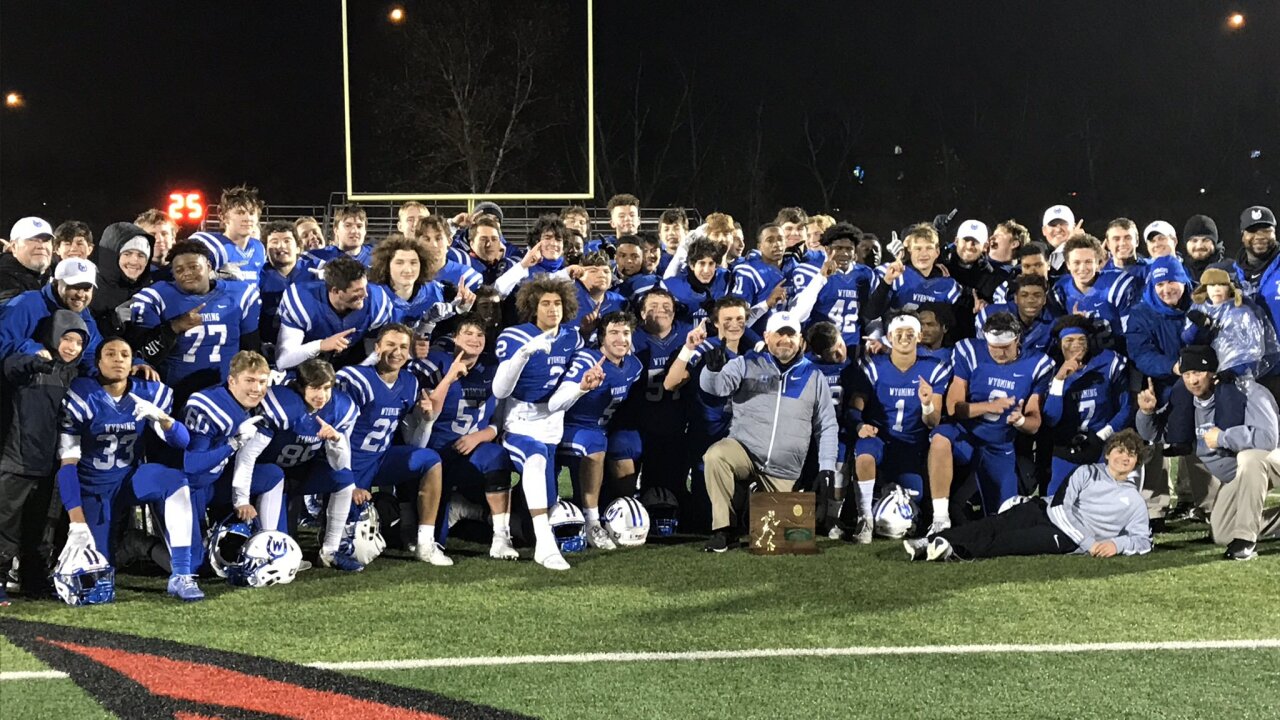 SHARONVILLE, Ohio — The Wyoming football team is returning to the state Final Four for the sixth time in program history.

Wyoming earned its sixth shutout of the season Saturday night.

"Our guys just lock in every single week," Wyoming coach Aaron Hancock said. "The defensive staff puts the game plan together and they do a fantastic job of executing."

O'Gara's interception on the first play of the second quarter led to the Cowboys' first touchdown of the night almost three minutes later.

Prater, a University of Cincinnati commit, had 22 carries for 125 rushing yards. Prater, an All-American Bowl commit, also had five rushing touchdowns in Wyoming’s 49-18 win over Milton-Union in the regional quarterfinal Nov. 9.

"The interesting thing about Evan is he is such an unselfish player," Aaron Hancock said. "And his ability to lead a program. Think about this for a second. You win a state title. Everyone is gunning for you. And each and every week you get everyone's best. And in the biggest games he performs at his best. I mean I don't know what else you can say."

Prater, who is 40-1 as a starting quarterback, said winning another regional title was a special moment for the Cowboys.

"I think it's great for our senior class and we are all confident in what we do and coming out next week, getting better next week and hopefully getting back to state," Prater said.

The Cowboys took a 7-0 lead at the 8:57 mark when Prater scored on a 4-yard touchdown run.

Wyoming went ahead 19-0 when Prater scored on a 25-yard touchdown run with 1:20 left in the first half.

The Cowboys took a 26-0 lead when Prater scored on a 1-yard touchdown run with 9:25 left in the third quarter.

Prater scored on a 5-yard touchdown carry with 8:28 left to help give the Cowboys a 33-0 lead.