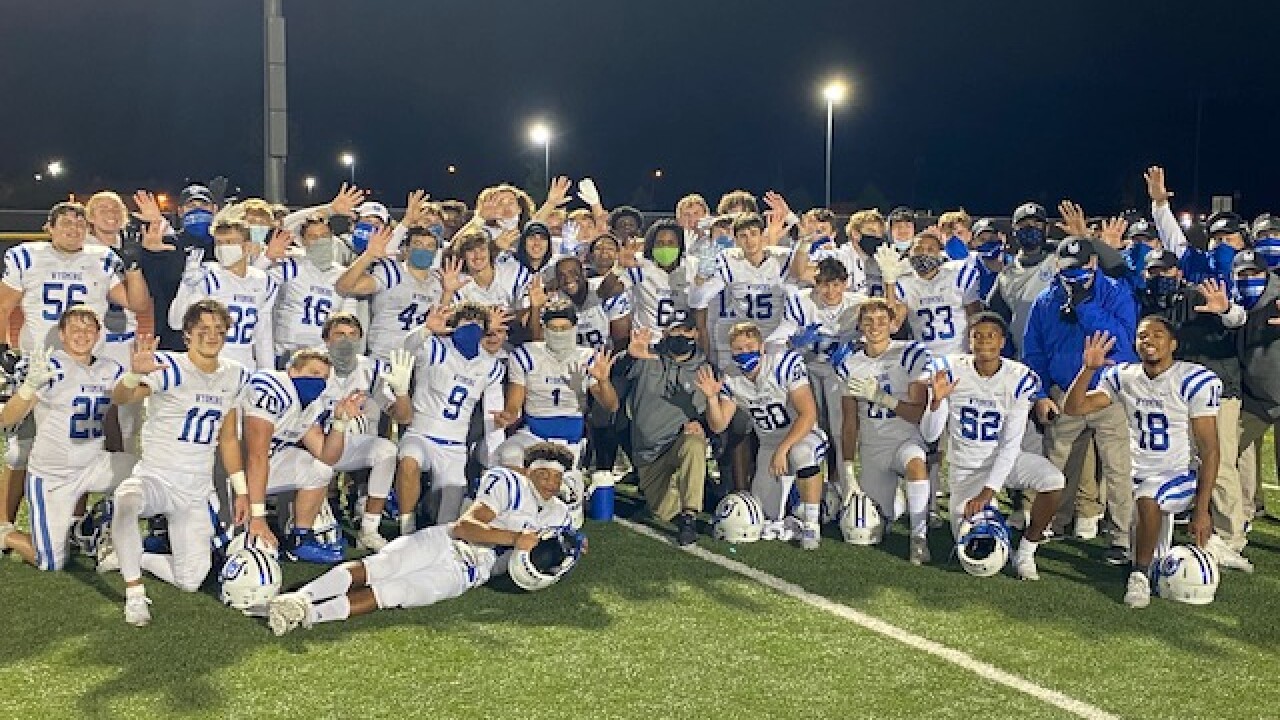 After all the uncertainty from this past summer of whether the season would be played due to COVID-19, the Cowboys understand the significance of the past six weeks.

"We're really just grateful to be able to play football this year," Pagan said. "Every snap, we play like it's our last. Just enjoying every moment of it."

Wyoming's success continued throughout this regular season as Week 6 concluded this weekend.

"Every day these kids can show up, work hard, dedicate themselves to the program," Wyoming coach Aaron Hancock said. "I'm very proud of the consistent effort and dedication that our kids put forth, our coaching staff puts forth, and it's a great program to be a part of and I'm very blessed to be a part of it."

"It's awesome," senior linebacker/offensive lineman Chris Guest said. "I mean five in a row – I could only dream of it. It's really cool."

Wyoming has a 47 consecutive regular season winning streak, which is first in Ohio, according to information from football analyst Drew Pasteur.

The Cowboys have won 35 consecutive CHL games. Wyoming has not lost a league game since Oct. 23, 2015.

"It's great," senior running back/defensive lineman Beau Thomas said. "It's our first accomplishment every year. Win the CHL and keep going on from that. So that's like a beautiful thing for us. We just got to keep going."

Pagan had 12 carries for 85 yards and a touchdown Friday night. He was also 7 of 8 passing for 111 yards and two touchdowns.

The Cowboys are the No. 3 seed in Division IV, Region 16. Wyoming plays host to Taylor or Springfield Northwestern (1-5) Oct. 17.

"I'm just excited," Mitchell said. "It's fun. Playoffs are always fun. High stakes. You get hyped. You get those butterflies in your stomach. I just love it."