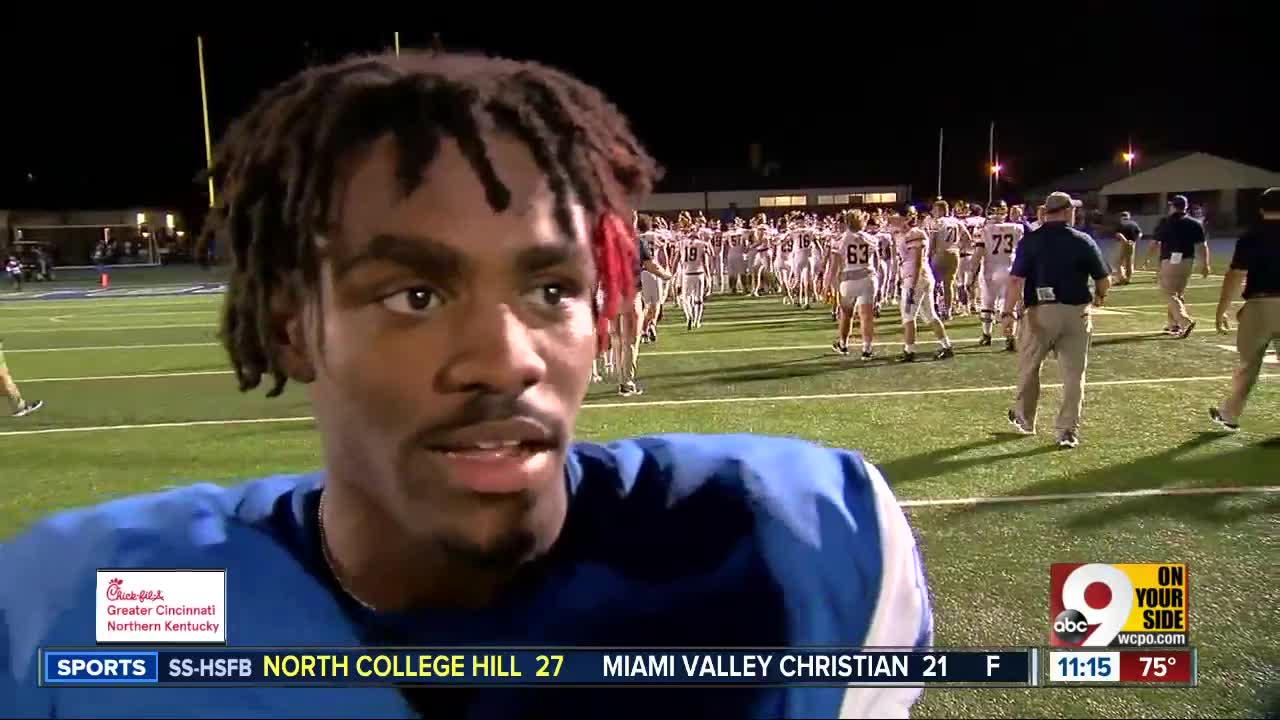 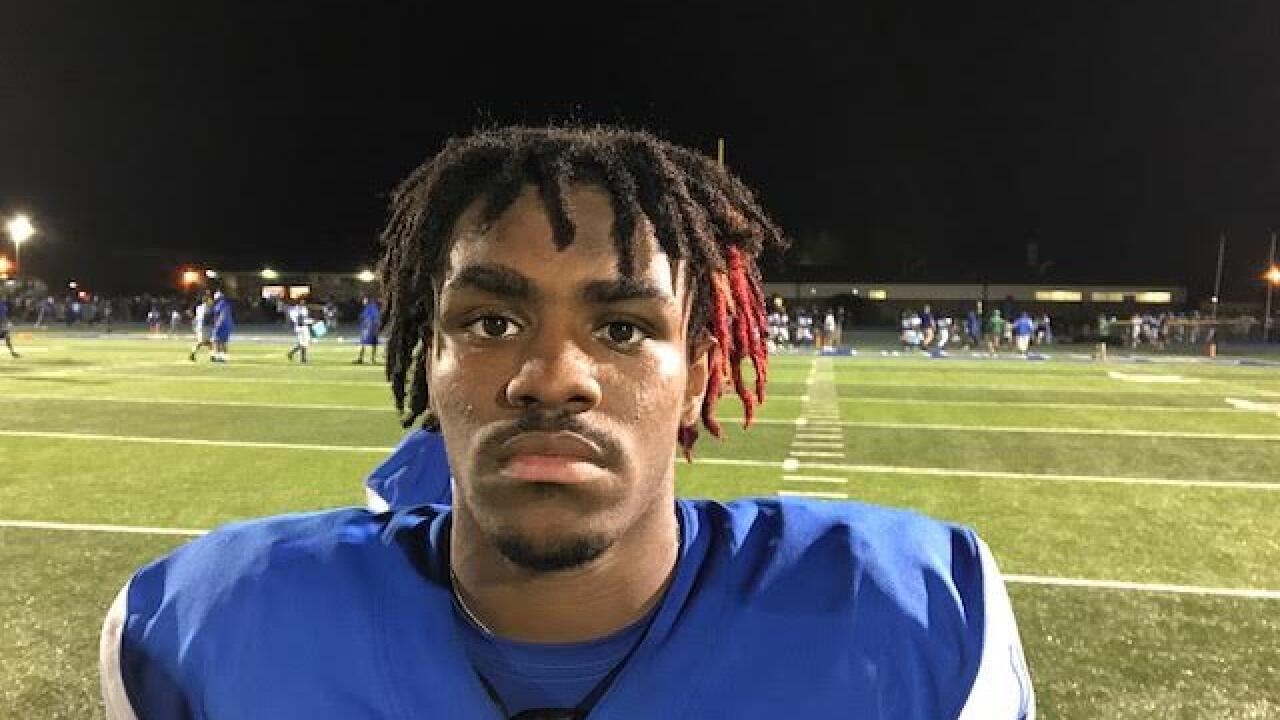 “No team can get a chance,” Blankumsee said. “Simple.”

The Warriors left little doubt of that Friday night in a 34-0 win over visiting Moeller at Charlie Fredrick Stadium.

Winton Woods (4-0), winners of 13 consecutive regular-season games, led 34-0 at halftime, and the game had a running clock throughout the second half.

Soon after the game, reporters asked the reigning Division I state champions about their trip to Forest Park next weekend. Winton Woods will play host to Lakewood St. Edward at 3 p.m. Sept. 28.

“We don’t think too far ahead,” Winton Woods junior linebacker Andrew Booker said. “We obviously have a main goal but right now we are just going week by week.”

The Warriors had 222 rushing yards Friday night and limited Moeller to just 32 yards on the ground. Winton Woods led 27-0 after the first quarter.

Defensively, Winton Woods junior linebacker Daylan Long had a game-high eight tackles. His 66-yard fumble recovery for a touchdown in the first quarter helped to give Winton Woods a 14-0 lead.

Winton Woods senior running back Miyan Williams, an Iowa State commit, had 18 carries for 165 yards. His 58-yard carry on the second play from scrimmage helped to set up the Warriors’ first touchdown.

“He definitely set the tone for us tonight,” Parker said. “We went to him early — a lot earlier than we have in other games. He got us going tonight.”

“Their running back is a great player,” Moeller coach Todd Naumann said. “We struggled to tackle him.”

Blankumsee, a Toledo commit, scored two touchdowns, including a 34-yard reception that will be surely added to his highlight reel.

“Honestly, it’s amazing playing in this offense because we got so many players I don’t think teams actually know what to look for when they are watching film on us and different type of things,” Blankumsee said. “And then to have Miyan be our back — that’s one of the greatest things for me as a receiver because everybody is like, ‘Stop the run, stop the run.’ We have six amazing receivers. We have backups. They keep keying in on Miyan but it’s going to help us and him.”

Friday was likely the last time the two programs will meet for a while as Winton Woods, a Division II program, will join the Eastern Cincinnati Conference in 2020 and doesn’t have Moeller (Division I) on its non-conference schedule.

Moeller (1-3) had four fumbles and was just 4 of 11 on third-down conversions.

“We got beat by a good football team tonight,” Naumann said. “I need to coach better. We turned the ball over and didn’t finish a couple of drives offensively.”

“We have to keep our heads up and continue to work,” Naumannn said. “We start GCL play against a really good St. X team. We don’t have much time to dwell on this. We have to get better. Our players know that we have an important game next week and I believe we will respond positively.”