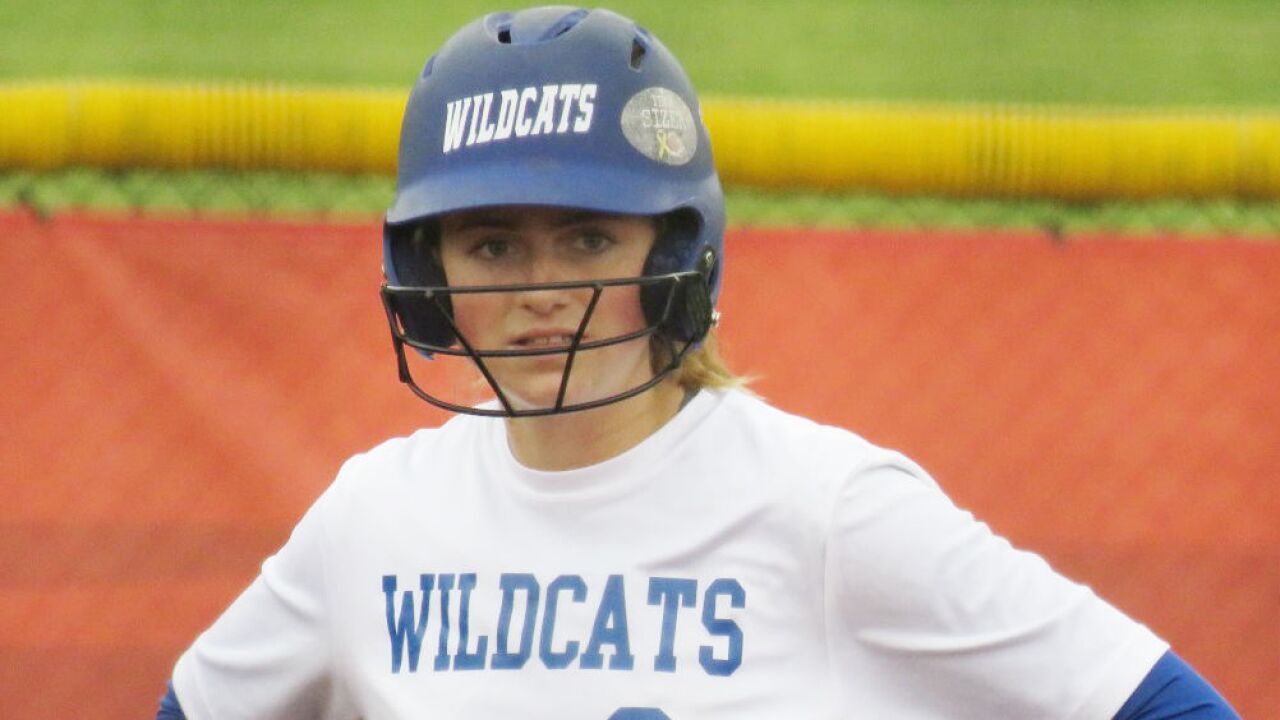 WILLIAMSBURG, Ohio — Madi Ogden just completed one of the most memorable seasons ever for an area softball player.

Ogden’s 77 hits are unofficially the most in a season in Ohio High School Athletic Association history while the RBI mark is unofficially second-place in an all-time ranking.

She likely will be in the top 10 in batting average and home runs in a season when the OHSAA updates its state records list later this spring or early summer.

“I can’t describe it,” said Steve Ogden, Madi’s father. “She was awesome.”

Stats are only part of the story for the 16-year-old, who pitches and plays second base and outfield.

“I didn’t realize (the stats) while I was playing,” she said. “Not until I looked back at everything. I thought it was really cool.”

Ogden, who had a 4.0 grade-point average entering this week, prefers to dwell on the team accomplishments.

Williamsburg (26-2) finished as a Division III district runner-up this spring and was ranked highly in the state poll.

“I was very proud of how we played this year,” Ogden said. “Our chemistry was top-notch. Everyone got along. There were no problems within the team at all. I think that’s why we played so good together.”

Those who know Ogden the best understand she has had quite a journey.

Ogden also plays volleyball and basketball, but softball is her passion through good times and bad after starting the sport nine years ago.

To Steve Ogden, the wins and losses don’t carry the same weight as they once did.

Madi underwent brain surgery the day of the accident, Nicki Ogden said. A week later, Madi had pelvic surgery. She wasn’t allowed to walk for three months. She repeated the eighth grade.

“Other than a miracle from God we can’t explain this,” said Healey, who is also the school’s athletic director.

Madi, a Division III first team all-state selection this season, doesn’t remember much from that time nearly three years ago. She recalls waking up in the hospital and wondering why she was there. There also are memories of physical therapy and working with her crutches.

Softball never let her down. The competitiveness drives her.

Ogden had a 23-2 pitching record this spring. She is preparing for a travel ball season this summer that will take her to many cities. College opportunities certainly will be there. She wants to teach and coach one day.

Healey is thankful not only for Ogden’s success but how her life has changed since before she entered high school.

“Her focus is about the people around her. She is a very humble person in that respect,” Healey said. “I am very, very blessed to be able to have the opportunity to work with her.”