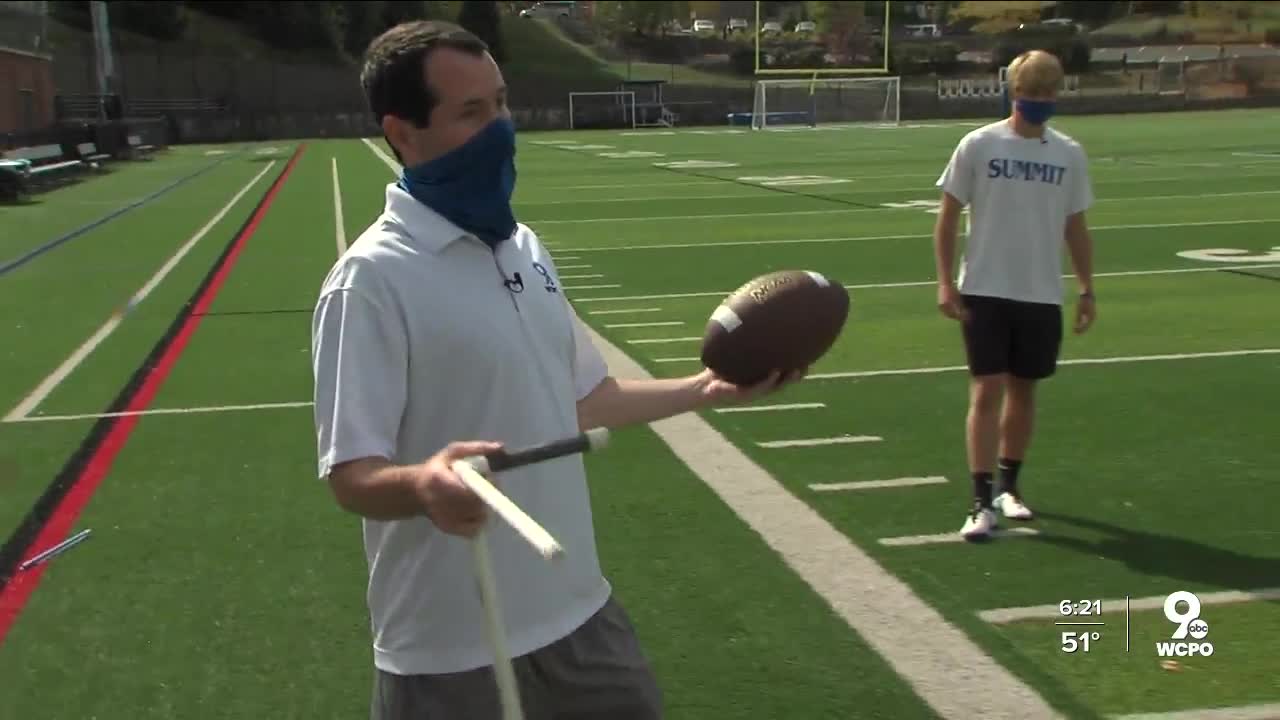 WCPO Sports Anchor Caleb Noe challeneges Summit Country Day's Graham Nicholson, one of the top kickers in the country, to a kicking competition. 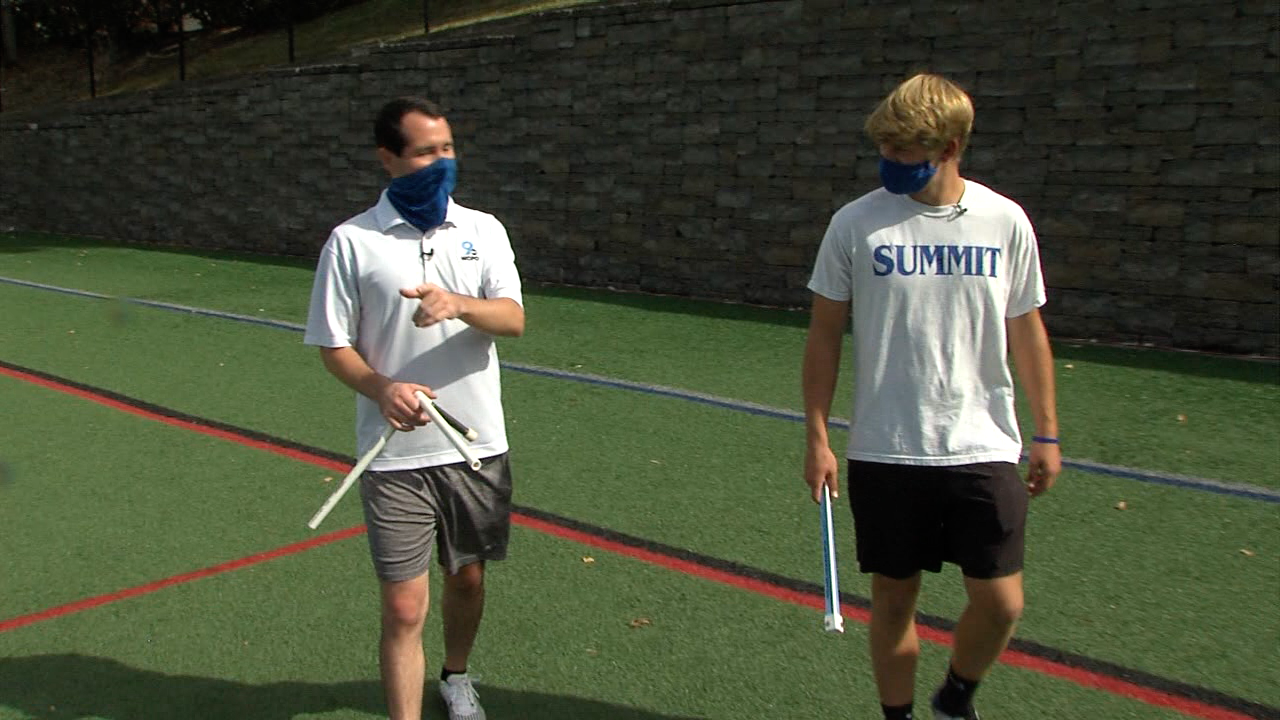 CINCINNATI — In football, placekicking and punting are two separate forms.

It’s rare that you find a player who is elite at both.

Summit County Day senior Graham Nicholson is ranked top-20 in the country (2021 class) in both categories.

“I have options,” said Nicholson, when we asked him about his impending college decision.

His career-long field goal is 48 yards.

He made that earlier this season, against Purcell-Marian.

"I was ready," Nicholson said. "I’ve been practicing three times a week. It’s just another regular kick that I was ready to take."

The multi-sport athlete also plays soccer for Summit Country Day, and scored the game-winning goal against Highlands (KY) this season.

“One of my players played a great ball across the middle, and I just put it away,” said Nicholson.

WCPO Sports Anchor Caleb Noe, a kicker/punter himself in high school and college, challenged Graham to a kicking competition. You can see that video on this page.