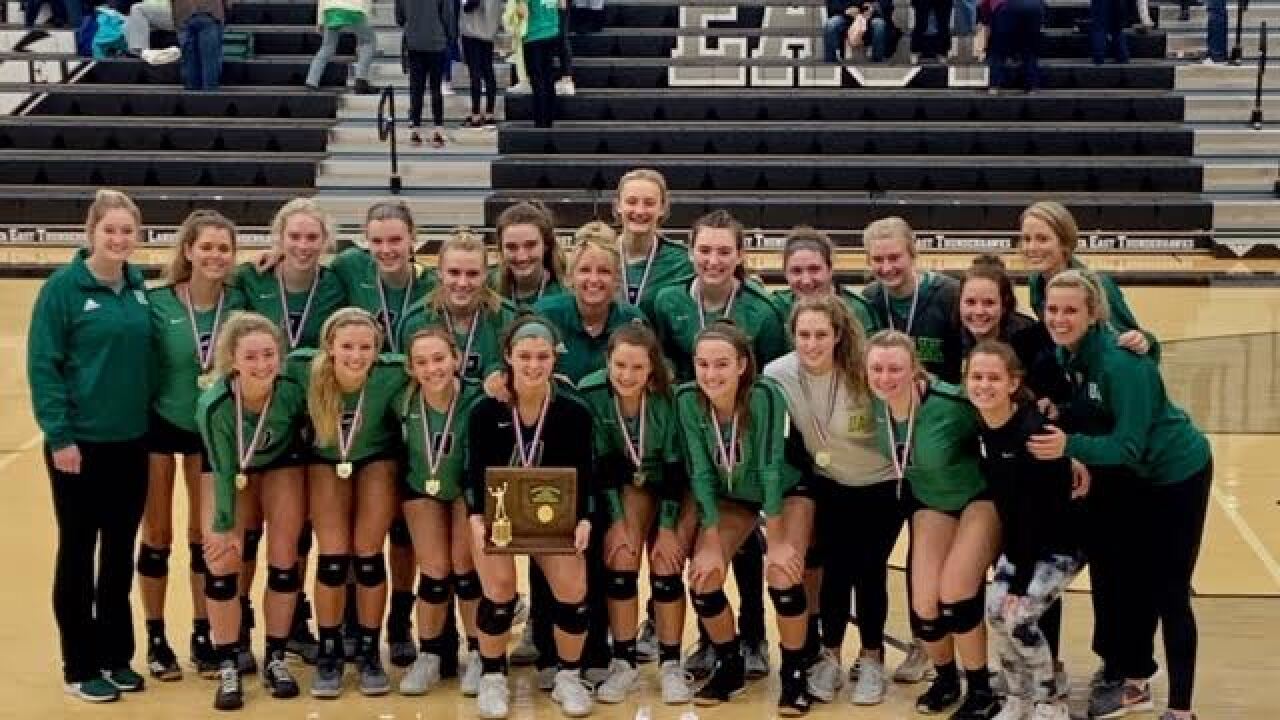 “It’s just meant the world to me,” Case said.

Case, one of Greater Cincinnati's most highly successful high school coaches in any sport, decided this week to step down from her position after 14 seasons of coaching the Lions in order to spend more time with her family.

The Lions were district champions and made it to the regional finals in all 14 of her seasons.

“She is one of a kind,” Ursuline athletic director Diane Redmond said. “I can’t imagine another high school coach that’s done it better than she has.”

Case said she is willing to help the volleyball program or school in any way she can going forward including with the transition to a new coach. Case she’s really enjoyed the Ursuline community and getting to know the alumni and families through the years.

“I just like being a mentor for these girls,” Case said.

Case (Boerger) was an all-city player for Seton and a Class AAA state champion in 1986 and 1988. She was also a three-time All-American at Thomas More College.

"Jeni Case is desire personified," Redmond said. "She has been the inspirational leader of the Ursuline volleyball program for 14 years. Jeni is a great high school coach because she expects intensity, she insists on hard work and she expects complete belief in team."