Unbeaten Wyoming gets over the hump, storms into state semifinals after two regional final losses 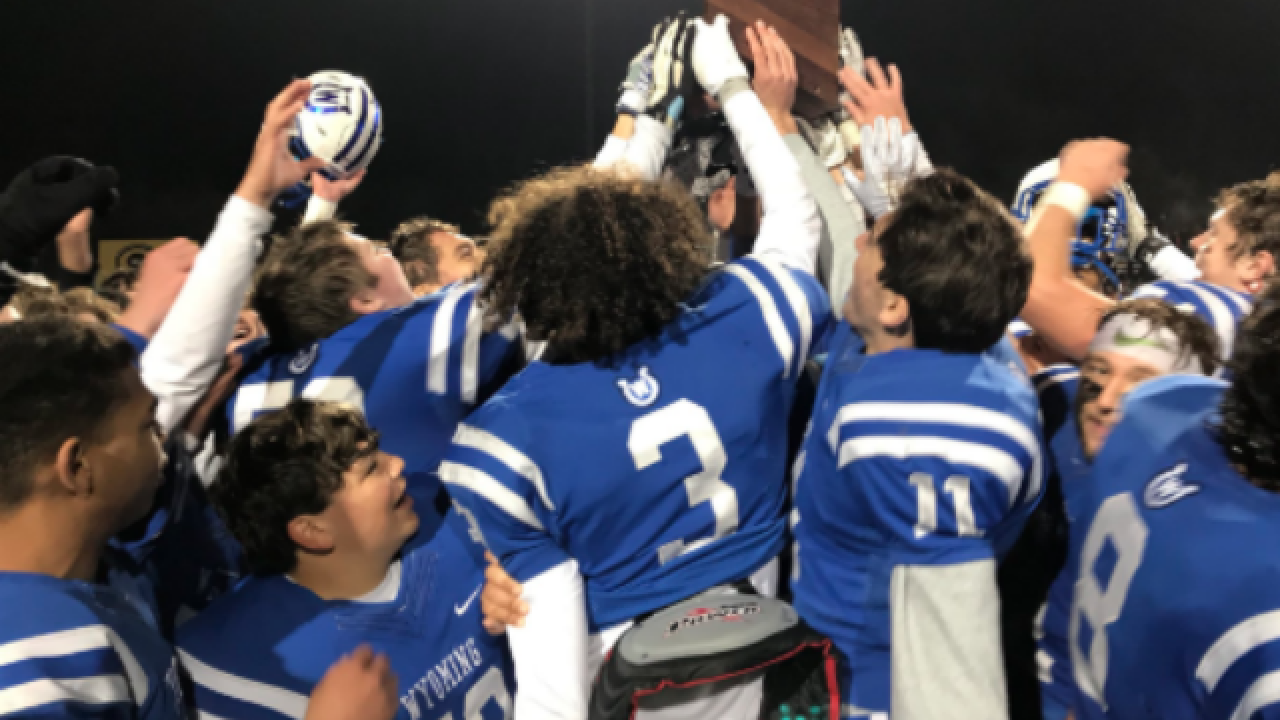 CENTERVILLE, Ohio – The Wyoming football team is going to the state Final Four.

Wyoming (13-0) made its third consecutive regional final appearance after being the regional runner-up the past two seasons.

“We remember being here the previous two years and coming up short,” Wyoming coach Aaron Hancock said. “These guys that were seniors – they experienced it the last two years. Our goal was to win a regional title. And we feel like if we win a regional title in this region, we have a very good chance at winning the state title. That was our focus.”

The Ohio High School Athletic Association will announce Sunday who Wyoming will play in the state semifinal (either Region 13, 14 or 15) at a neutral site.

Wyoming’s standouts led the way Saturday night in the Cowboys’ fourth shutout of the season.

That included junior quarterback Evan Prater, who was named the Southwest District Division IV Offensive Player of the Year this week. He rushed for two touchdowns and threw for two Saturday night. He had 17 carries for 170 yards.

Wyoming improved to 25-1 with Prater as the quarterback. It’s easy to see how he leads the offense.

"He's full of energy and he's a competitor," Hancock said. "He is a leader."

The Wyoming defense stepped up its game when it mattered Saturday.

“Our guys were focused on just grinding it out and getting them in negative plays and get them in third-and-long situations,” Hancock said.

London (11-2) had two turnovers in the first half, which led to Wyoming touchdowns.

Wyoming senior defensive lineman Eli Cupp recovered a fumble on the London handoff exchange that gave the Cowboys’ possession at the 11:11 mark of the second quarter.

That led to an 11-play drive that started at the Wyoming 11. Prater found Edmonds for a 22-yard touchdown pass connection at the 2:12 mark to help give the Cowboys a 14-0 advantage.

The Wyoming defense held firm at the end of the first half after London started its drive at its own 36.

Wyoming chewed up a good portion of the clock on a long drive in the third quarter.

Prater found Edmonds in the middle of the end zone for a 27-yard touchdown on third down to help make it 21-0 at the 6:33 mark of the third quarter.

But, the standout quarterback wasn’t finished. Prater rushed for his 27th touchdown of the season at the 9:51 mark of the fourth quarter when he took it 70 yards to the end zone. That helped to make it 28-0.

Edmonds said the driving force was the 2017 regional runner-up finish.

"We've been working for this for three years," Edmonds said. "This is our goal - to get here and win this game."