The state champion St. Xavier football team is ranked No. 22 nationally by MaxPreps 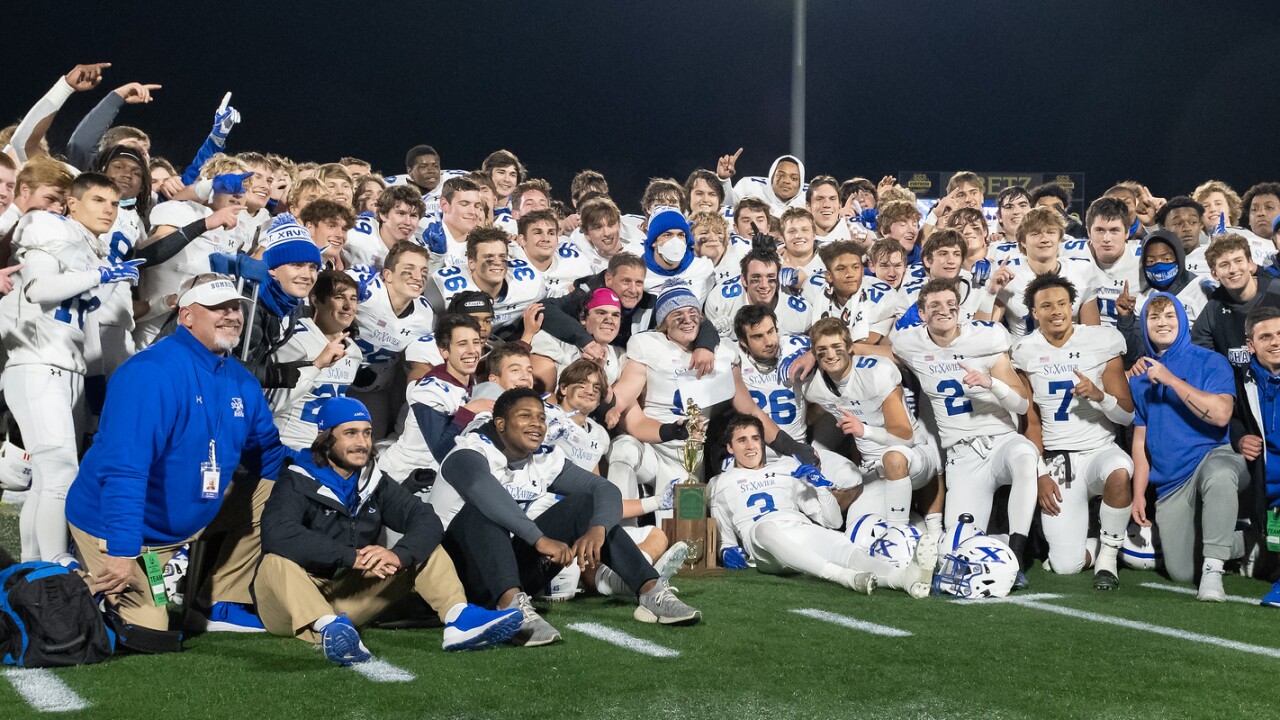 The Bombers (10-2) entered the top 25 after they defeated Pickerington Central 44-3 this past weekend in the Division I state final at Fortress Obetz near Columbus.

Pickerington Central (11-1), the 2019 Division I state champion, had been ranked No. 11 nationally by MaxPreps entering the state final.

"I felt we were very prepared going into the game, more so than I had in a while," St. X coach Steve Specht said Monday morning. "The kids had a different look about them. They carried themselves differently. They were on a mission and it played itself out in the game."

The Bombers set numerous state championship game records including most points in a quarter (30) after St. X led 30-0 Friday night.

"I thought the execution was flawless in that first quarter in all three phases of the game," Specht said Monday morning. "I take my hat off for the coaching staff and the kids for executing. I've never been a part of a game like that especially a first quarter like that."

Senior wide receiver Jalen Patterson had four receiving touchdowns which set a Division I state final record and tied the state championship record in all divisions.

The OHSAA state football finals conclude this weekend with games in Divisions II-VII at Fortress Obetz.