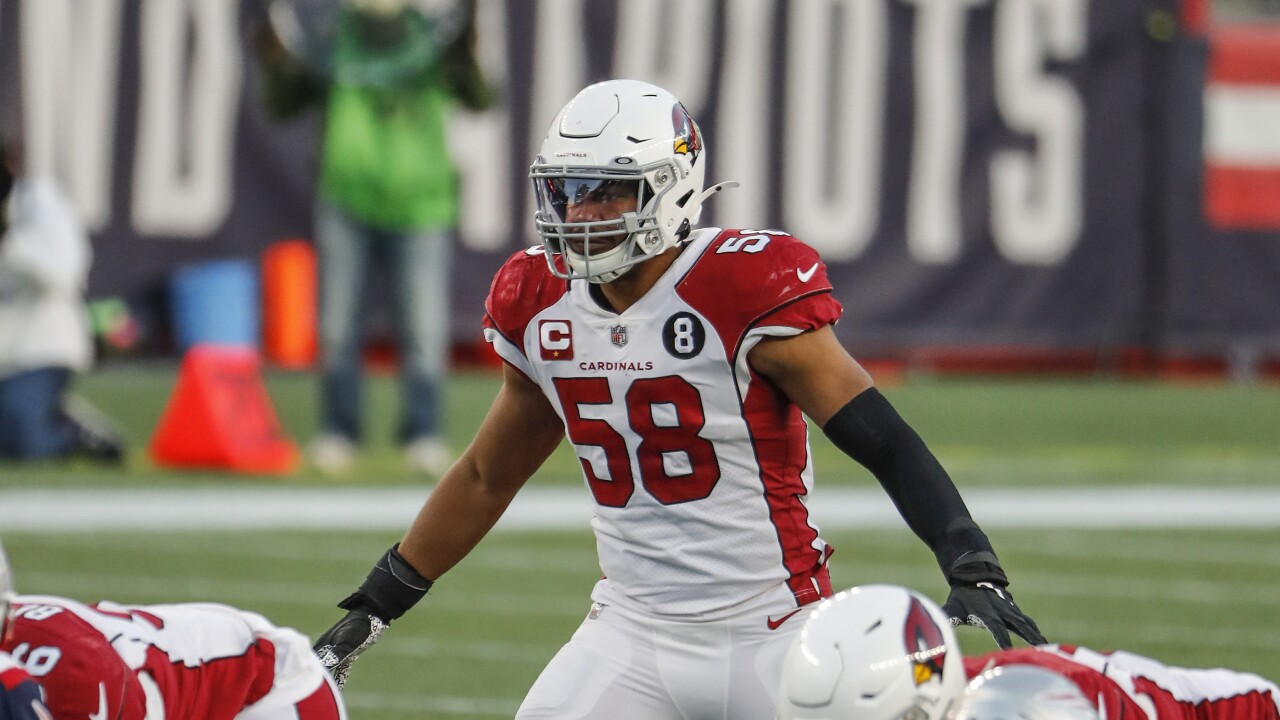 CINCINNATI — The Buddy LaRosa's High School Sports Hall of Fame has elected five individuals and two teams to its 2020 class.

The latest additions to the hall will be officially inducted in summer 2021.

This year’s class includes only the 20th first-ballot inductee in Hicks and the 10th sibling inductees in Tami and Kyle Ransom, who are also only the second brother-sister combination.

Of all the great Elder football teams, the 1954 Panthers team is the only team in school history to go unbeaten and untied throughout an entire season.

The Panthers were led by quarterback and 1980 LaRosa’s Hall of Famer Dick Selcer, who went on to play at Notre Dame and later fashioned a coaching career that saw him become the head coach at Xavier University. He later worked as the linebackers coach for four NFL teams, including the Bengals.

Elder used the Split-T offense, which Selcer ran to near perfection.

The Panthers weren’t a physically imposing team, though. After center and 2014 LaRosa’s Hall of Famer Danny James, who checked in at 245 pounds, there was no one else over 200 pounds.

What they lacked in size they made up for in quickness, especially from halfback Paul Kelly, who led the team with 12 touchdowns and 75 points.

Selcer and Royer went on to play at Notre Dame, James played at Ohio State and later for the Pittsburgh Steelers and Chicago Bears in the NFL.

Joe Schaffer was a three-year starter at defensive tackle for Tennessee and played briefly for the Buffalo Bills. Kelly, deemed too small to play college football, played baseball at Ohio State.

The late Tom Ballaban, a coaching legend in his own right, once called the 1954 Elder team “the greatest high school team I’ve ever seen developed in Cincinnati.”

The Comets had lost the previous year in the state championship game to Pickerington, ending the 1998-99 season with a 26-1 record.

As the state tournament unwound, a rematch in the Division I state title loomed and this time Mason, led by Michelle Munoz’s 18 points and five rebounds, defeated Pickerington, 36-25.

Munoz, the daughter of Pro Football Hall of Famer and Bengals great Anthony Munoz, was Ohio Ms. Basketball in 2000 and 2001.

The most feared defensive lineman anchoring the middle of one of the best defenses Ohio football has seen since the start of the football playoffs, Terrill Byrd intimidated foes throughout his career.

As a senior, Byrd recorded a staggering 63 team tackles and set a school record for 37 tackles-for-losses. In doing so, he was honored as the National Defensive Player of the Year by PrepNation.com in 2005.

Byrd symbolized a defense on a 15-0 Colerain team that in 2004 allowed only 98 points all year, including six shutouts.

The Cardinals were 36-3 when Byrd was a starter. He was featured in Sports Illustrated’s Faces in the Crowd and he went on to play in the Big 33 Ohio versus Pennsylvania All-Star game.

His fearsome presence continued in college at the University of Cincinnati, where he started four seasons – being named Defensive Newcomer of the Year in the Big East.

Byrd was a two-time Big East first team selection and in 2007 was an Associated Press All-American.

He went on to play in the Arena Football League.

The finest female basketball player to come out of Forest Park High School, Gaby Downey was the driving force behind the Lady Chargers’ 1984 undefeated Ohio Division I state championship team.

In addition to leading Forest Park to the 1984 title – the first female team from Cincinnati ever to win the state basketball title – she was named the MVP of the Ohio state tournament.

She scored 40 of Forest Park’s 98-point two-game total in the state tournament.

Forest Park’s girls team sported a 90-8 overall record during her career. Downey earned 12 varsity letters during her career, including four in volleyball, two in softball and two in track.

Basketball was clearly her best sport as she scored 1,107 points and collected 718 rebounds during her varsity career.

She collected numerous awards and honors in basketball. She was a Street & Smith and USA Today honorable mention All-American in 1984-85.

She was The Cincinnati Enquirer and Cincinnati Post Player of the Year in 1984.

She played in the Ohio North-South basketball all-star game.

Graduating with a 4.0 grade-point average, Downey went on to enjoy an outstanding career at Miami University, where she is only one of nine players in RedHawks history to score more than 1,000 points (1,192) and pull down 500 rebounds (543) in her career.

She was captain and MVP on the 1990 Mid-American Conference championship team that went 23-5.

Downey lives in Blue Ash with her husband, Jack Kinsinger. She teaches at Milford High School and is the assistant basketball coach at Princeton High School. They have five children.

Unquestionably the most decorated high school football player to come out of Greater Cincinnati this century, Jordan Hicks was regarded by nearly every publication in the country as the No. 1 linebacker in the nation as a senior.

An eight-time letterman in football and basketball, the 6-foot-2-inch, 225-pound Hicks was one of the most heavily recruited athletes in the nation.

He was only the second player to be named No. 1 linebacker in the nation by Parade Magazine and the independent Butkus Foundation. He was a consensus All-American by USA Today, Parade Magazine, ESPN and MaxPreps.com.

Hicks joins an elite group of LaRosa’s Hall of Famers in becoming only the 20th athlete to be inducted on the first ballot.

As a senior, he compiled 95 tackles – 67 solo – plus three sacks and two interceptions. The accolades he collected were staggering.

He was selected for the Art Teynor Award by the Ohio Football Coaches Association, emblematic of the state’s top player. He was named Gatorade Ohio Player of the Year.

He was picked as the Ohio Division I Co-Player of the Year (Defense) and was a two-time first team all-Ohio pick.

Hicks was equally accomplished as a basketball player as he set five school records including most games played (87), career steals (170), and he was only second player in school history to score more than 1,000 points.

Hicks went on to play football at the University of Texas. He participated in the 2015 Senior Bowl and was a third-round pick (84th overall) of the Philadelphia Eagles in the NFL.

He signed a four-year free agent contract in 2019 with the Arizona Cardinals. He is a starting linebacker with the Cardinals and lives in Phoenix.

It is difficult to think of swimming as more than just an individual sport, but St. Xavier’s reign of Ohio swimming championships may have been in jeopardy if not for the “team” play of Kyle Ransom.

During his career at St. Xavier, Ransom won seven Ohio state titles – six of them as part of a relay team. And during that four-year run, the Aquabombers won four straight Ohio state titles and the national championship in 2001.

He earned numerous awards and accolades over the course of his prep career. In addition to winning seven state titles, he held three St. Xavier team records, and was named Swimmer of the Year in 2003 by the Cincinnati Enquirer.

Ransom works at Deloitte Consulting as a Manager of Supply Chain in Chicago. He and his wife, Ashley, have two daughters (Charlotte and Audrey).

One of the finest female swimmers in Greater Cincinnati in this century, Tami Ransom, sister of Hall of Famer Kyle Ransom, was an essential part of Ursuline Academy’s dynamic run of four Ohio Division I state championships from 1998-2002.

That time was the second-fastest time in prep history and was the No. 1 time in the country in 2001.

Ransom was part of five state championship relay teams, including three-time winner in the 400-yard freestyle relay, the 200-medley relay (1998) and the 200 free relay (2001). She was also runner-up in four other Ohio division I state title events.

She went on to swim collegiately at Stanford University, where she was a two-time collegiate All-American.

Tami Ransom Checkoway is a Senior Consultant for Galmont Consulting in Lexington. She is also owner of Sweet Bee Cakery.

She and her husband, Daniel, live in Georgetown, Ky., and have two children, Alex and Sarah.

Greater Cincinnati has long been the hotbed of high school volleyball in the Midwest and while Cincinnati has had its share of champions, no one has set the gold standard higher than Notre Dame Academy volleyball coaching legend Kim Gunning.

Gunning charted new territory in just 12 years of coaching that likely will remain unmatched in Northern Kentucky for many years to come.

As head coach of the Notre Dame Academy volleyball team, Kim drove the Pandas to three Kentucky state championships and four second-place finishes in a state where all schools compete in the same class.

In 2016, she received the Brigid DeVires Outstanding Leadership award, from the Kentucky High School Athletic Association, which is emblematic of the state’s top administrator.