Taft's Rayvon Griffith is rated the nation's No. 22 hoops player in 2023 class by ESPN 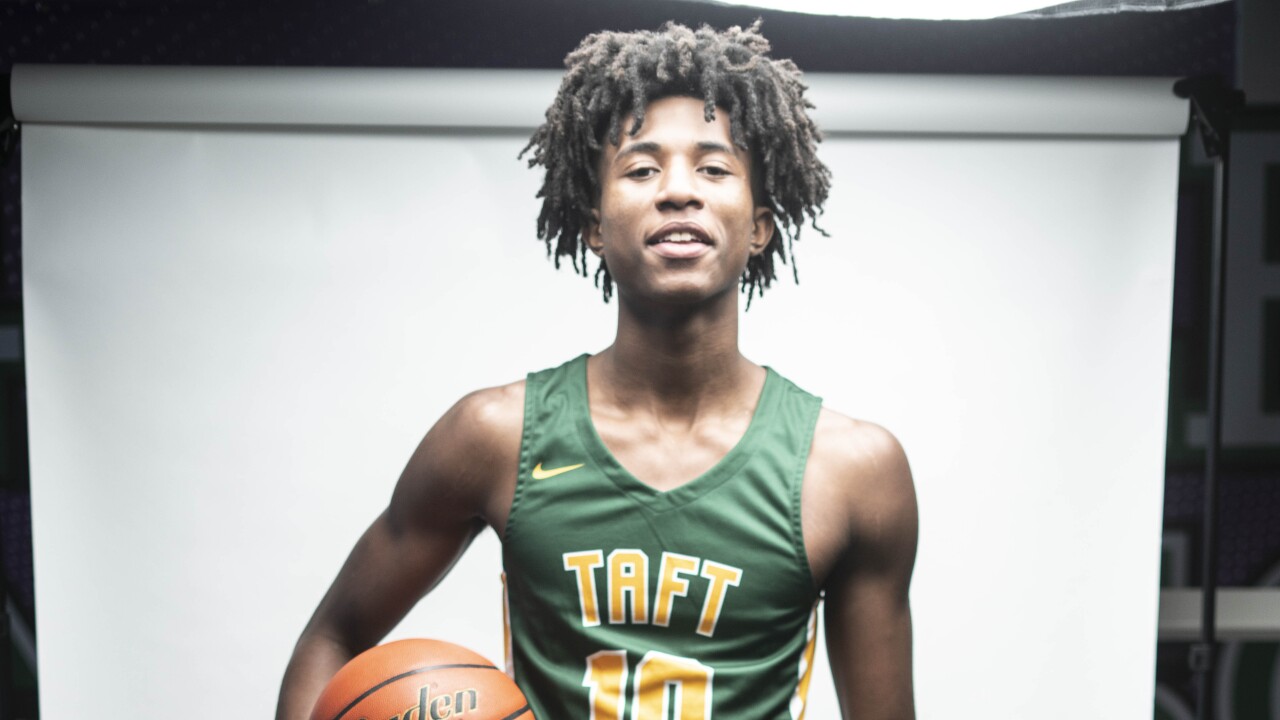 Matose Visuals
Taft 2023 wing Rayvon Griffith is ranked the nation's No. 22 boys basketball player in his class by ESPN.

CINCINNATI — Taft 2023 wing Rayvon Griffith is rated the nation's No. 22 boys basketball player in his class, according to the ESPN 25 recruiting rankings.

"Things will really take off for him when the period opens up," Mitchell said. "I've been on the phone with several coaches who will be offering as soon as the rules permit."

Griffith, who is 6 feet 5, averaged 16.6 points, 7.7 rebounds, 2.3 assists and 1.5 steals as a freshman for the Senators in 20 games, according to the Cincinnati Metro Athletic Conference. He was named a first-team all-CMAC selection. He was also a 2019-20 MaxPreps Freshman All-American First-Team selection.