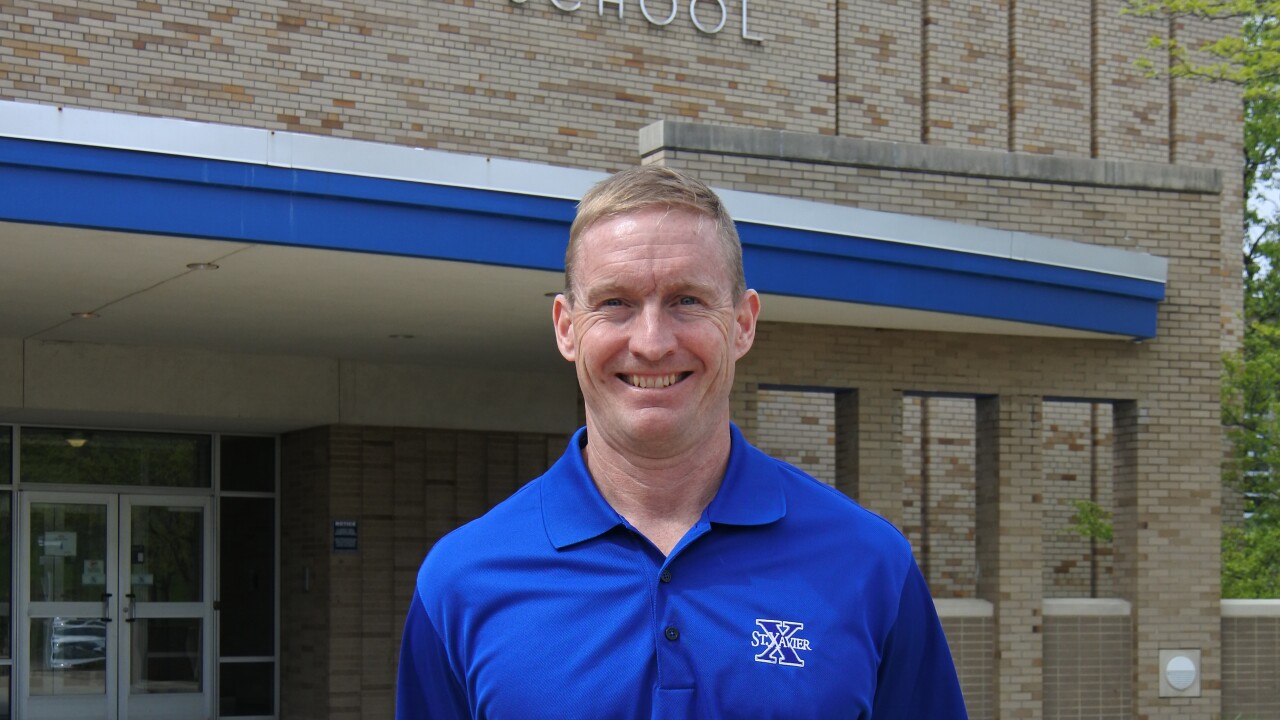 "We are thrilled to have Michael Noszka as the fifth coach in nearly 70 years to lead the basketball program,” St. Xavier Athletic Director Brian Reinhart said. “We are confident he will continue the standards and traditions that have been established for St. Xavier Basketball.”

Noszka, the Wilmington High School coach since 2005, succeeds interim coach Brian Kellett. The Bombers were 10-13 overall including 1-5 in the Greater Catholic League South division this past season.

Kellett, a 1998 St. Xavier graduate, was named the interim coach in May 2018. He succeeded Jimmy Lallathin, who stepped down after coaching three seasons.

“I am very excited for the opportunity to work for a great school like St. Xavier and coach the game that I love,” said Noszka.

“The Long Blue Line is counting on us, as coaches, to help foster the growth of Men for Others. We will represent St. X in all we do every day. We will follow through. The winning will then take care of itself, it always does.”

Noszka coached University of Cincinnati guard Jarron Cumberland in high school. Cumberland announced April 20 he would submit his name for consideration in the NBA Draft.

Noszka led Wilmington to the Division I state semifinals in 2016 with Cumberland as its standout player. It was the first time Wilmington (27-2) made it to the state tournament since 1927.

Noszka coached in the 2015 Ohio-South All-Star Game and the 2016 Ohio-Kentucky All-Star Game. He was the 2016 Cincinnati Hall of Fame Ohio Coach of the Year among other coaching awards. He is the owner and operator of Ohio Basketball Factory in Wilmington.

Noszka attended Central Catholic High School in Pittsburgh then furthered his education at Purdue University, where he earned a B.S. in mathematics and science.

From 1993 to 1998, he was a mathematics teacher and assistant basketball coach at Winamac City Schools and Lincoln High School, both in Indiana.

In 1998, he joined Wabash High School as the head basketball coach and mathematics teacher and became a coach and lecturer for Five-Star Basketball through Robert Morris College.

Noszka and his wife Kellie, have a daughter (Taylor) and son (Michael). Noszka will lead several basketball camps this summer for third- to eighth-grade levels at the school.

Wilmington Athletic Director Troy Diels said the school will open up the position and not name an interim coach. Diels thanked Noszka for his time with the Hurricane saying he made the program respected around the state and wished him the best of luck at St. X.