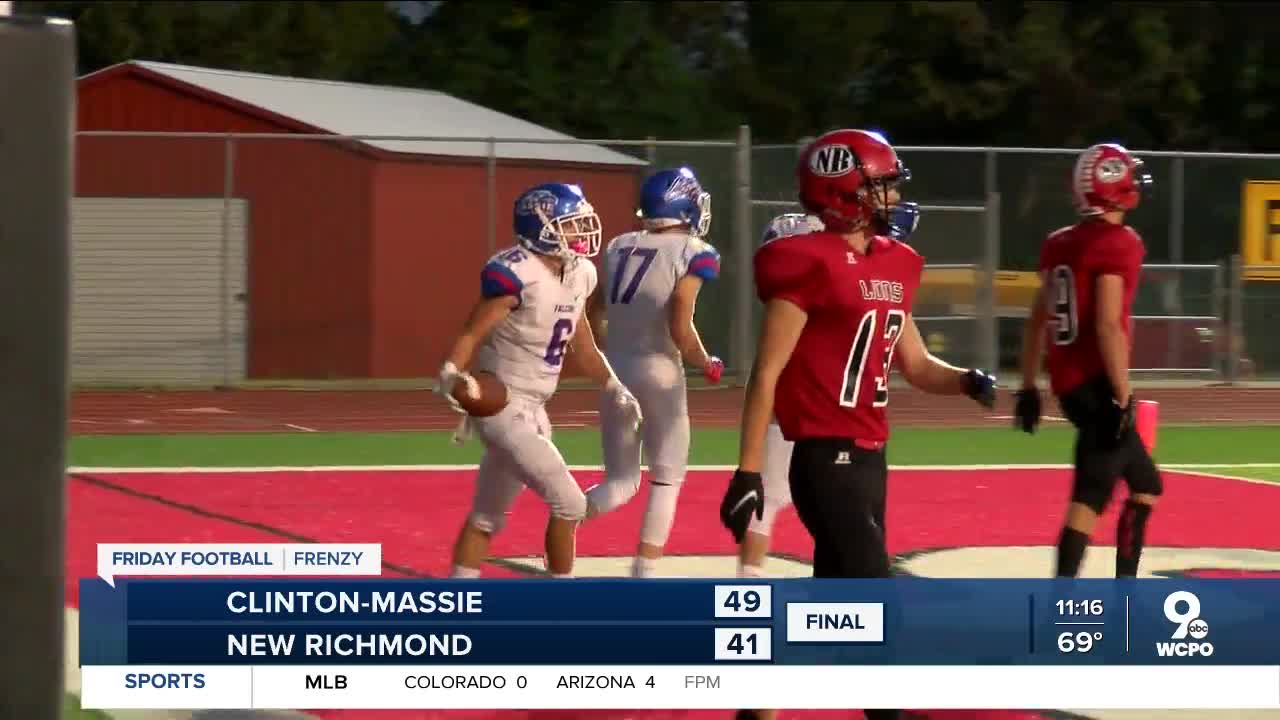 Highlights from the night's biggest games on both sides of the river, including Moeller vs. St. X, La Salle vs. Cathedral, Clinton Massie vs. New Richmond, and Ryle vs. Beechwood. It marks the fourth GCL South title for the Bombers since 2014.

The Bombers led 7-0 after senior linebacker Matthew Devine's 3-yard interception return for a touchdown at the 6:01 mark of the first quarter.

Devine had a team-high seven tackles during the game. He has 47 tackles for the season.

Moeller later closed the gap late in the second quarter to only trail 21-14 at halftime.

The Bombers outscored the Crusaders 22-0 in the second half.

Junior quarterback Ryan Nolan was 20 of 23 passing for 274 yards and two touchdowns.

The Ohio High School Athletic Association will announce the postseason brackets for all seven divisions Oct. 1.