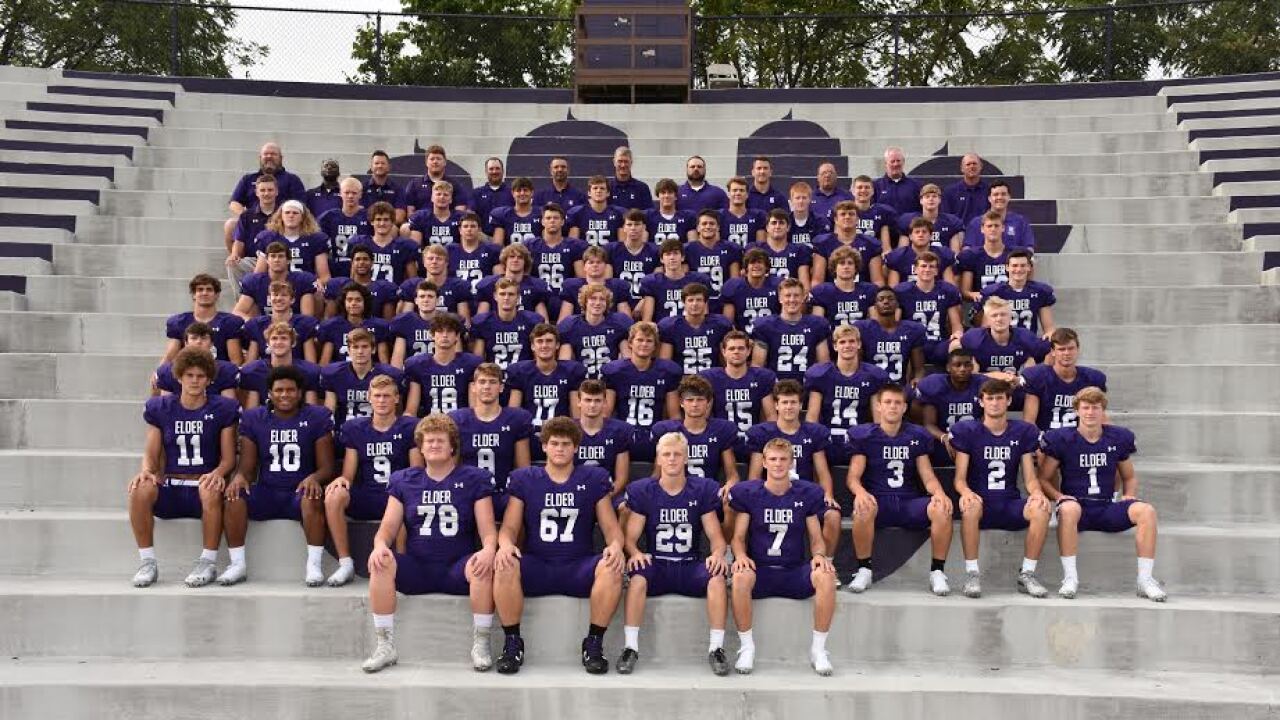 CINCINNATI — There could be plenty of drama entering the final week of the Ohio high school football regular season.

Winton Woods (5-3) faces a likely must-win situation at La Salle (7-1) in a crucial Division II, Region 8 matchup Oct. 25. The Warriors have just nine regular-season games so this is their final opportunity on the field to earn a postseason berth.

“I think what I liked most was how much better we played on defense in the second half,” Elder coach Doug Ramsey said. “We played hard and physical in the first half but made too many mental mistakes and we were much better at that after the half.”

Elder senior quarterback Matthew Luebbe was 21 of 31 passing for 235 yards and three touchdowns. He rushed 17 times for 168 yards and a touchdown.

“Matthew had another really good night,” Ramsey said. “We blocked well and I think our receiving group is getting better.”

The Panthers, who are 7-1 for the first time since 2008, are No. 2 in the Division I, Region 4 computer points standings and have unofficially clinched a playoff spot, according to Joe Eitel. It would be the 21st postseason appearance for the Panthers in program history.

If Fairfield defeats visiting Colerain Nov. 1 in the regular-season finale, there is a possibility Colerain and Lakota West (6-2) could play in the first round at Nos. 4 and 5. Of course, the storyline there would be Firebirds coach Tom Bolden facing a Colerain program he previously led for 12 seasons.

Several spots appear up for grabs from Nos. 6-12. The top eight team in each region qualify.

King of the Road: La Salle defeated host St. Xavier 22-15 Friday night. “We are very proud,” Lancers coach Pat McLaughlin said. “The preparation was great and our mentality during the week was elite. They played great.” Junior quarterback Zach Branam had 163 yards passing and two touchdowns 135 yards rushing. Junior DeVonte Smith had five receptions for 112 yards and two touchdowns. La Salle (7-1) is No. 3 in Region 8, according to Joe Eitel.

Wyoming wins
Wyoming extended its regular-season winning streak to 39 games Friday with a 37-0 win over Finneytown. The Cowboys (8-0) were led by senior quarterback Evan Prater (UC) who was 8 of 13 passing for 196 yards and four touchdowns in the first half. Junior Brennan Pagan had four receptions for 100 yards. Junior Joop Mitchell had four receptions for 96 yards. Wyoming is No. 1 in Division IV, Region 16, according to Eitel.

Victorious Vikings: New Miami defeated North College Hill 48-26 as the Vikings defeated the Trojans for the first time since 2002, according to New Miami coach Jessie Hubbard. “We had a bigger crowd than the home team last night,” Hubbard said. “The community is definitely getting on board – even our players were commenting on how many fans we had. It’s a great time to be a Viking.” Senior Danny Spivey and junior Dylan Spivey went over 100 yards, Hubbard said. New Miami (8-0) is No. 1 in the Division VII, Region 28 standings, according to Joe Eitel.

Big-time performance
Mount Healthy senior quarterback Brandon Lanier rushed for 250 yards and seven touchdowns in a 54-20 win at Northwest. Lanier also threw for a touchdown for Mount Healthy (4-4). Mount Healthy coach Arvie Crouch said the rushing touchdowns are a school record. “Brandon has worked his tail off to make himself a great player to evaluate as a big-time athlete in the region,” Crouch said.

Big-time performance Part II
Fairfield senior running back JuTahn McClain had 26 carries for 256 yards and three touchdowns in the Indians’ 31-3 win over host Sycamore. McClain, who is verbally committed to the University of Kentucky, has 1,547 rushing yards and 18 touchdowns this season for the Indians (8-0), who are No. 1 in Region 4, according to Eitel.

Air attack
Harrison senior quarterback Connor Kinnett was 19 of 23 passing for 367 yards and six touchdowns in a 55-7 win over Franklin County. He also had a rushing touchdown for the Wildcats (7-1), rated No. 2 in Region 8, according to Eitel. Kinnett is approaching the season and the career passing yards record, according to Wildcats coach Derek Rehage.