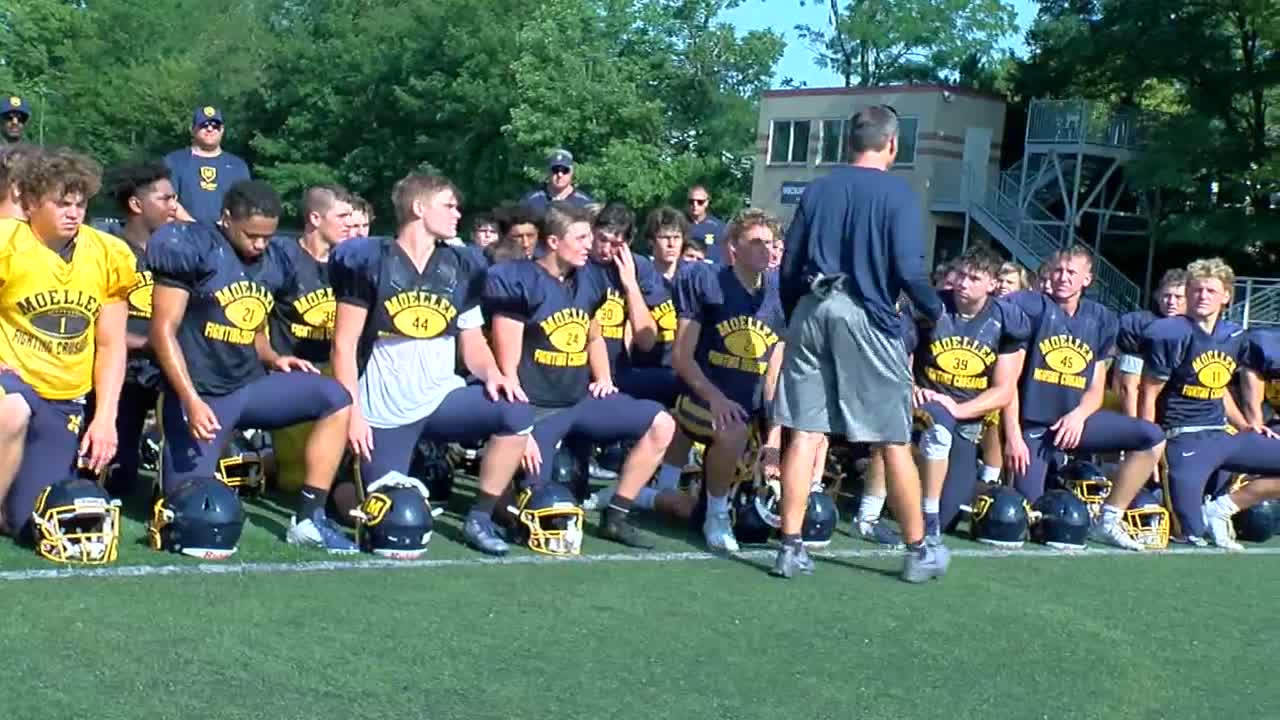 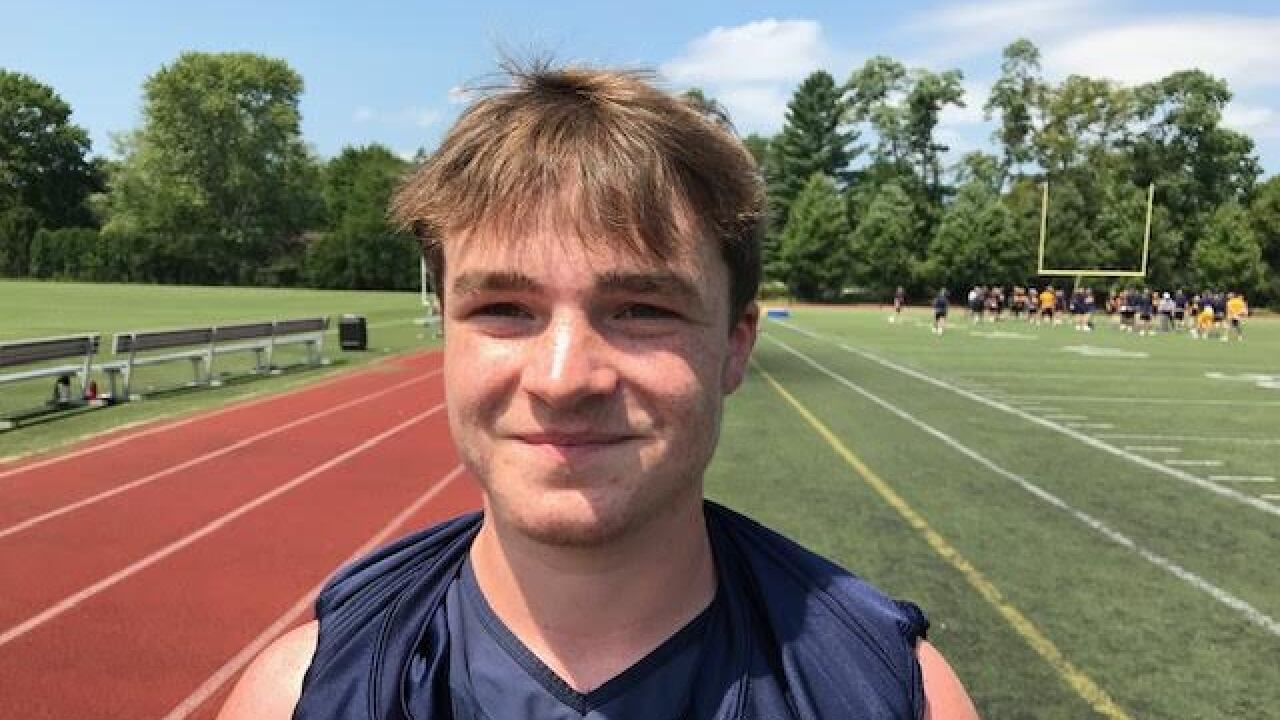 SYCAMORE TOWNSHIP, Ohio — Will Braley is fluent in French, participates in the Moeller theatre program and is a dog whisperer.

The senior outside linebacker has also persevered through three knee surgeries in his high school football career.

Will, 17, was recently named Moeller’s fourth captain, a title he didn’t expect. And yet it carries so much significance since he wondered earlier this year if he would ever play football again.

“It means everything,” said Braley, who lives in Wyoming. “I’ve always thought about it since about seventh grade when I knew I was coming to Moeller. It just means that you are one of the first four people remembered about this team so you really got to make sure everybody buys in – not so that people remember you that well but that people remember the team in a good way.”

After he injured his left knee his freshman season and hyper-extended his right knee the first game of his sophomore season, Braley admits his junior year was kind of tough. He was practicing exclusively with the varsity team while learning a new playbook and competing with players who were bigger and had more experience.

He also struggled with his mobility and remembers not being able to move his leg on one particular play.

Braley had his third surgery overall and second on his right knee Dec. 26, 2018.

“I never really lost hope,” Braley said. “At a point I was like ‘wow, high school is kind of blowing by.’”

Braley, who has played football for 12 years, hoped the timing would work so that he could return for his senior season of football. But, the path toward a return would not be easy.

“The hard work, the sacrifice, the unselfishness; you know there is probably a lot of silent suffering that took place quite honestly,” Moeller coach Todd Naumann said.

“There were probably a lot of times he was home wondering whether or not this would ever happen for him. He showed a lot of courage to show up in the weight room every day.”

January brought pain, swelling and crutches for Braley. A teammate helped him onto the elevator and carried his books between classes.

Some of classmates figured Braley was finished with football. “Don’t you want to walk after high school?” they said.

Yet, he also received inspiration from some of his closest friends on the team. They told Braley the team needed his presence - whether he could wear the uniform or not.

“When it came to the third surgery, he said, ‘I just don’t think I can do this anymore,’” Susan Braley said. “I think at that point it was the kids on the team.”

Susan Braley choked up as she spoke about her son’s recovery and the support he received. Her voice trailed off.

Senior linebacker Joe Toepfer convinced Will this past winter to continue to be a part of the team.

“Those guys always checked in with me and made sure I was doing well mentally and physically,” Braley said. “Those guys were always there for me.”

Much to Toepfer’s delight, he found it easy to persuade Braley.

“It’s your senior year – you don’t even have to play,” Toepfer told Braley. “Just being out there is enough. Being around your brothers that you’ve been around for the past three years. This is your last time. Just go out there and enjoy it. It doesn’t matter if you play or don’t play or if you are on the sideline – just go out and have fun.”

Braley decided he would make the significant effort through physical therapy to return. He finally regained his footing in the spring and felt ready to go by June.

“I think Will is a great reflection of what Moeller football is supposed to be all about,” Naumann said. “He works tremendously hard. He is a high-character kid. He is also a talented football player.”

By early summer, Braley felt like he could run faster than at any point of his high school career. Like his teammates, he's ready to tackle the season. The Crusaders open Aug. 31 against Indianapolis Cathedral at St. Xavier.

“He has worked so hard to get to this place with the hours he spent in physical therapy trying to regain the strength,” Susan Braley said. “At one point his quad on that side was half the size of the other one. He really had to put in the time and hours. So it just means so much for him to be here for his senior season.”

Two weeks ago, Braley sat in the Moeller auditorium with his teammates waiting for the fourth captain to be named. Toepfer, Deyhle and senior kicker Kevin Thibodeaux received the honors in March.

Braley didn't expect his named to be called. He mentioned another teammate before suddenly hearing Naumann announce his name. Braley's eyes lit up in bewilderment. He could barely address the team. Later, his family cried with him when he shared the news.

“My goal is to help out these guys in any way I can, especially these underclassmen,” Braley said. “Teach them the way of Moeller football.”

Braley will tell his children one day about being a captain and the leadership responsibilities it includes. He doesn’t plan to play competitive football after this fall. He is content with that fact.

Braley smiled on the sideline of the Gerry Faust Athletic Complex during a practice and reflected upon his journey. He discussed the brotherhood at Moeller and the promise of a new season.