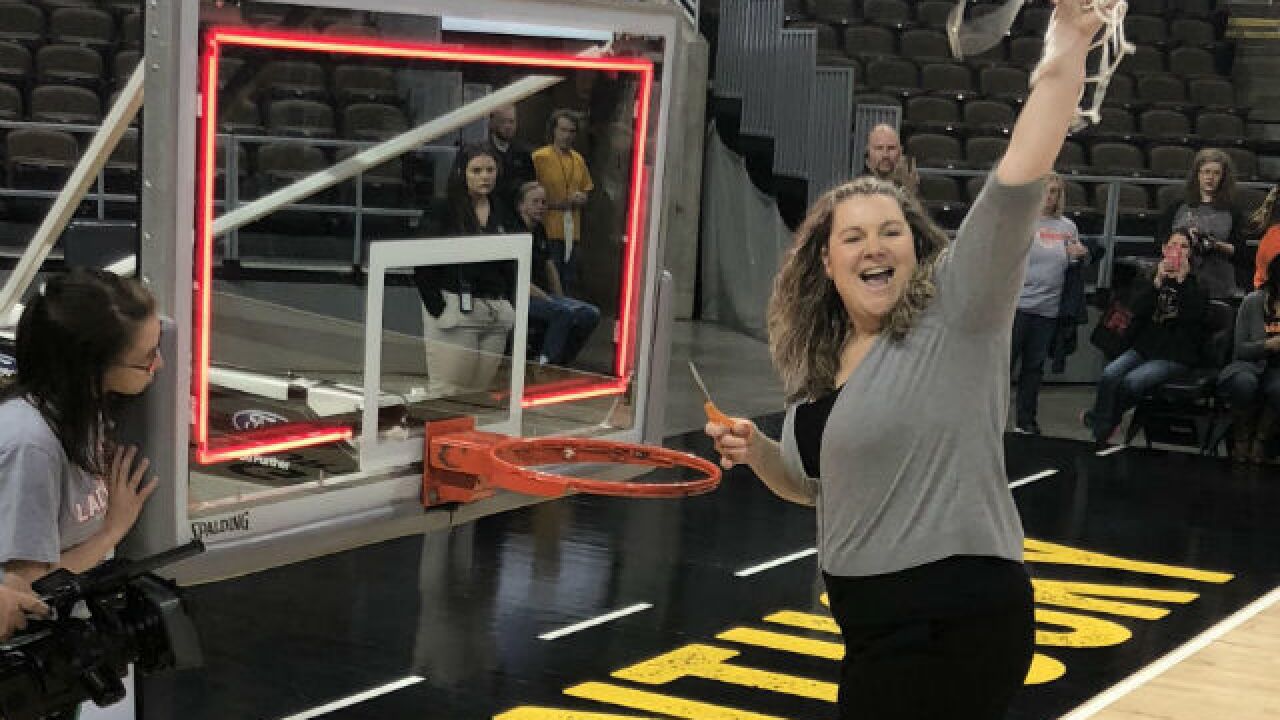 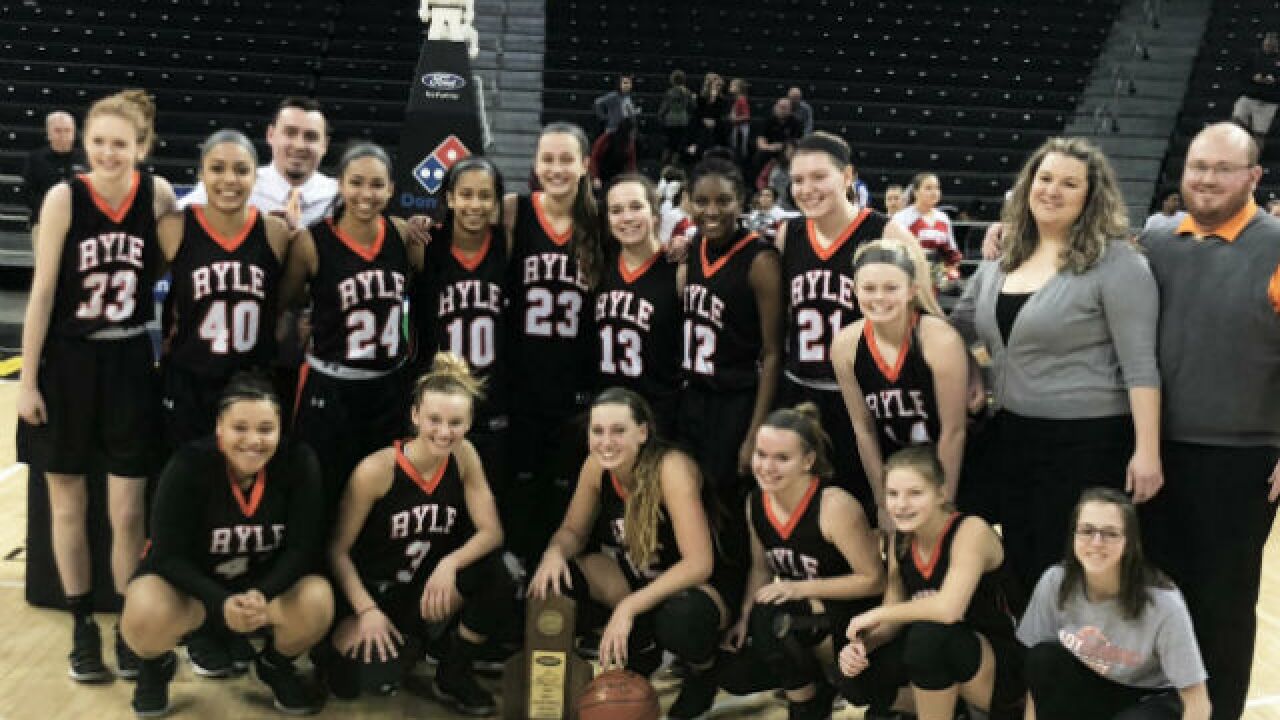 For the first time, the Lady Raiders are 9th Region champions and will play in the St. Elizabeth Healthcare/KHSAA Girls Sweet 16 Basketball Tournament, four wins from a state title.

“It feels amazing,” sophomore guard Maddie Scherr said. “Being the first to do it is definitely a feeling that we won’t forget.”

Ryle (28-6) beat Holmes 69-41 Sunday afternoon at Northern Kentucky University’s BB&T Arena in the regional final for its 14th straight win. The Lady Raiders will take on Region 8 champion Simon Kenton Thursday at 8 p.m. at BB&T Arena in the first round of the state tournament.

It was the second win over Holmes (21-8) this season for Ryle and it was especially sweet for junior guard Lauren Schwartz, the tournament MVP.

“I’m on Cloud Nine right now,” Schwartz said. “I feel awesome. We lost to Holmes twice in the region my eighth-grade year and freshman year. To beat them now is awesome.”

“Everyone is so busy worrying about me and Lauren and Juliet comes out the silent scorer,” Scherr said. “Whenever she needs to show up, she shows up. She will rebound for us. She gets put-backs all the time.”

The stats are nice and lead to big wins like Sunday’s, but this championship has been a long time coming for the Raiders and it’s come on the strength of a lot of work.

“They have a lot of desire and passion for the game and they work on it,” Ryle coach Katie Haitz said of her players, moments before cutting down the last piece of the net. “And they work on it and work on it.

“We went through the whole season (last year) knowing we had good players and we didn’t know how to harness that talent quite yet,” Scherr said. “This year, a bunch of players matured and we were ready for the season. Last year, we didn’t even make it out of districts, which is not us. We definitely came in ready to play.”

Needless to say, none of that early losing was going to happen again this year.

Ryle showed what it could do quickly Sunday, surging to a 7-0 lead behind five early points by Scherr and the Raiders led 10-2 after a 3-pointer by Schwartz. Scherr finished the first quarter with seven points and the Raiders led 24-9 after one period.

“It’s awesome,” Haitz said. “I don’t know what else to say other than that. They’re great team players and they deserve everything that they’ve gotten.”

“We can’t be lazy out there,” Schwartz said. “We have to be out there to win. We’re on a mission. We can’t overlook them. They have Ally Niece back and we have to take that into consideration. Just move forward.”