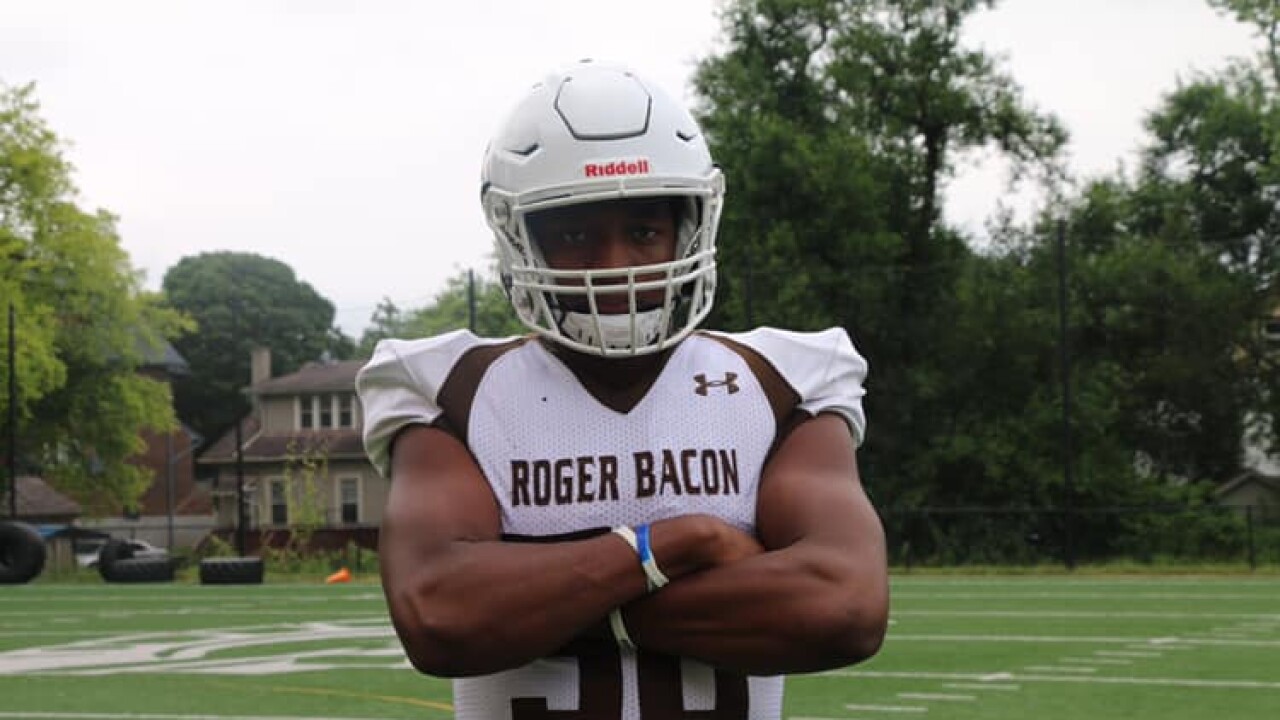 Thompson, one of the area’s top players in the 2020 class. also had scholarship offers that included Iowa State, Akron, Eastern Kentucky, Coastal Carolina, Tennessee Chattanooga, Ball State and an opportunity from the United States Naval Academy. Ohio State was among other schools to show interest during the recruiting process.

The Badgers offered Thompson a scholarship in late July. Thompson took an official visit to Madison this past weekend.

Thompson, who is 6 feet 5 and 255 pounds, is the first Roger Bacon player to commit to a Big Ten program since former Ohio State punter BJ Sander.

“He just decided it was a great fit for him,” Blaut said Monday afternoon. “He loved it. He loved the coaches, the players and the whole atmosphere. So we have a Badger on our hands.”