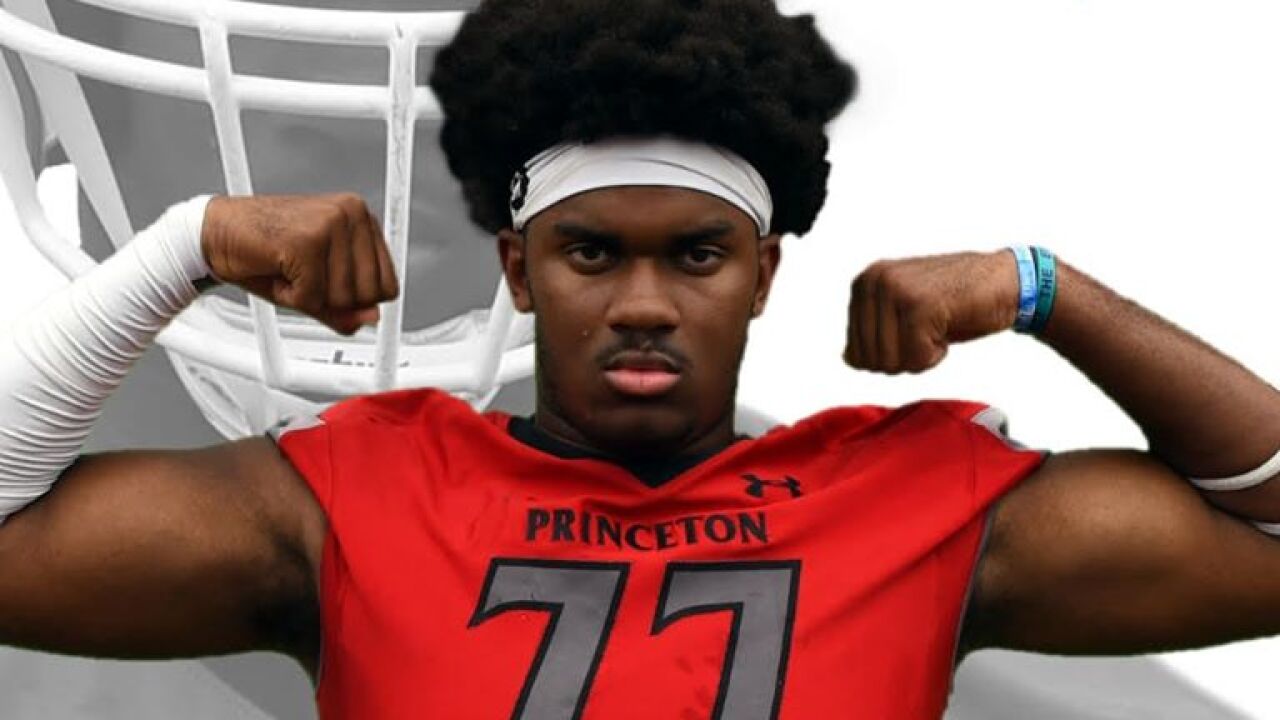 Johnson, an Ohio State verbal commit, is the only area player on the inaugural SI All-American offensive team. The defensive team is scheduled to be announced Tuesday.

"It's phenomenal," Princeton coach Mike Daniels said. "It's fitting for the type of player and kid he was."

Johnson, listed at 6 feet 7 inches tall and 290 pounds this past season, is scheduled to sign his National Letter of Intent with the Buckeyes on Wednesday as the NCAA early signing period starts.

Johnson is one of seven Princeton seniors expected to sign with college programs Wednesday. The group also includes defensive end Darrion Henry, who is Johnson's future teammate at Ohio State.

Johnson and Henry will graduate early from Princeton and are scheduled to enroll at Ohio State Jan. 5, according to Daniels.

“He is a one-in-an-every-25-year type of talent, especially because he plays tackle,” Daniels told WCPO this past summer. “Princeton hasn’t had a kid like that — I don’t know the last time.”

Daniels said Johnson made an impact inside the school building at Princeton, too. He has also started a foundation which benefits veterans.

Johnson, who is committed to play in the All-American Bowl in San Antonio Jan. 4, was an Ohio Prep Sportswriters Association Division I first-team all-state and first-team all-district selection this past season for the Vikings (6-5), who made the postseason for the first time since 2007.