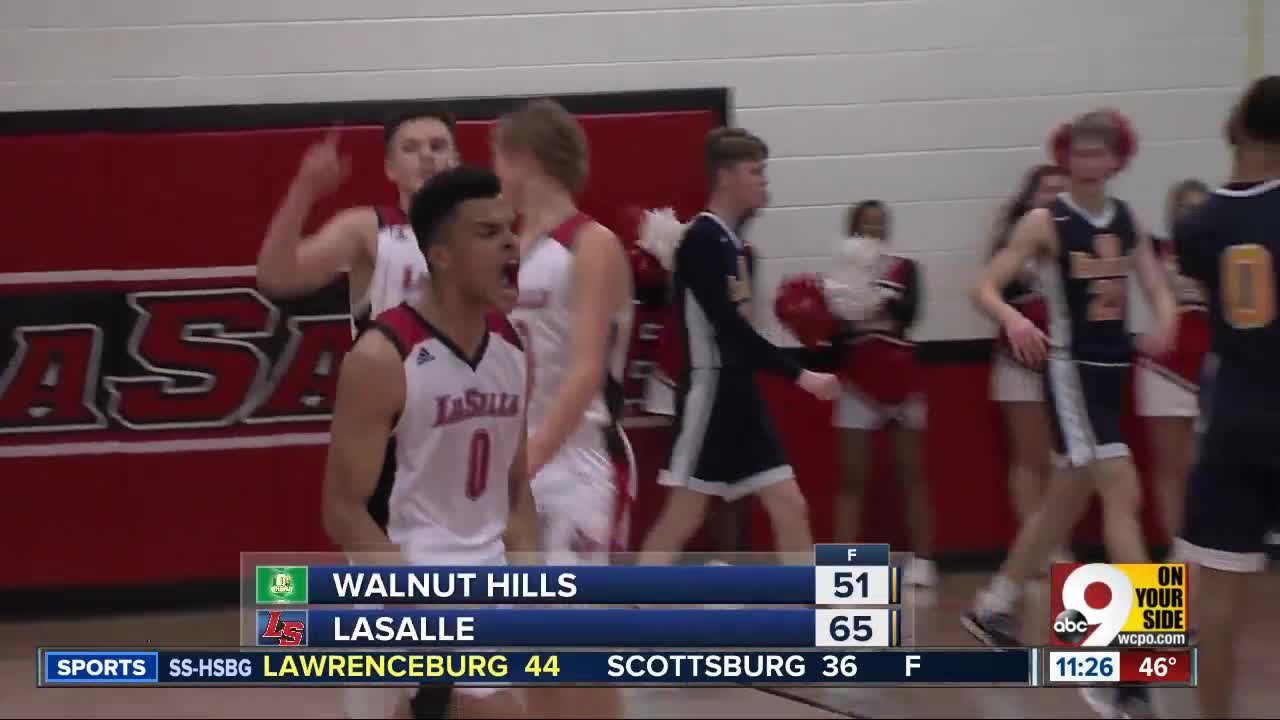 The undefeated La Salle varsity basketball team routinely held 7 a.m. practices at Bill Cady Court over Christmas break. Players and coaches didn't complain. They embraced the opportunity, and the results were evident as they entered a new year.

Players and coaches didn't complain. They embraced the opportunity, and the results were evident as they entered a new year.

In fact, even as practice wrapped up at 8:30 a.m. Thursday, the Lancers hung around for another 90 minutes or so to get extra shooting in and then watched from the gymnasium stage as the underclassmen worked.

“Our guys really like being with each other,” coach Pat Goedde said. “They hang out; they do a lot of things together. Our chemistry is just phenomenal.”

Whether it’s the weekly team dinner at 6:45 p.m. every Thursday or a visit to Topgolf, the Lancers have discovered the recipe for success with an 8-0 record for the first time since the 2011-12 season.

Junior guard Justin Lovette said the impact of his teammates' bond is evident on the floor.

“I love this team and I love winning with this team,” said senior guard Derek Eddings. “I wouldn’t trade this team for the world.”

“This is the closest team I have ever been a part of for sure,” Eddings said. “We hang out on the weekends, weekdays and after practice.”

Eddings was 7-of-13 from the field, including two 3-pointers, and 3-of-4 from the free-throw line. He is versatile in several other areas of a game, too.

Goedde has encouraged Eddings to shoot the ball more often. He’s also aware that other players can step up offensively on a given night.

“Tonight, he filled up the stat sheet, and he’s that type of dude,” Goedde said. “He has that type of potential to get 20 a night.”

“It’s really been a total team effort of guys contributing,” Goedde said. “It’s been a different guy each night. That’s really special about this group. Whether it’s on defense or offense or loose balls or charges – it’s a different guy every night.”

Goedde said this season’s team reminds him of the 2011-12 squad that finished with a 21-2 record.

“No one really cares about the limelight,” Goedde said. “All they care about is finding a way to get the ‘W’. And it kind of reminds me of that team. Hopefully we can be as good as that team.”