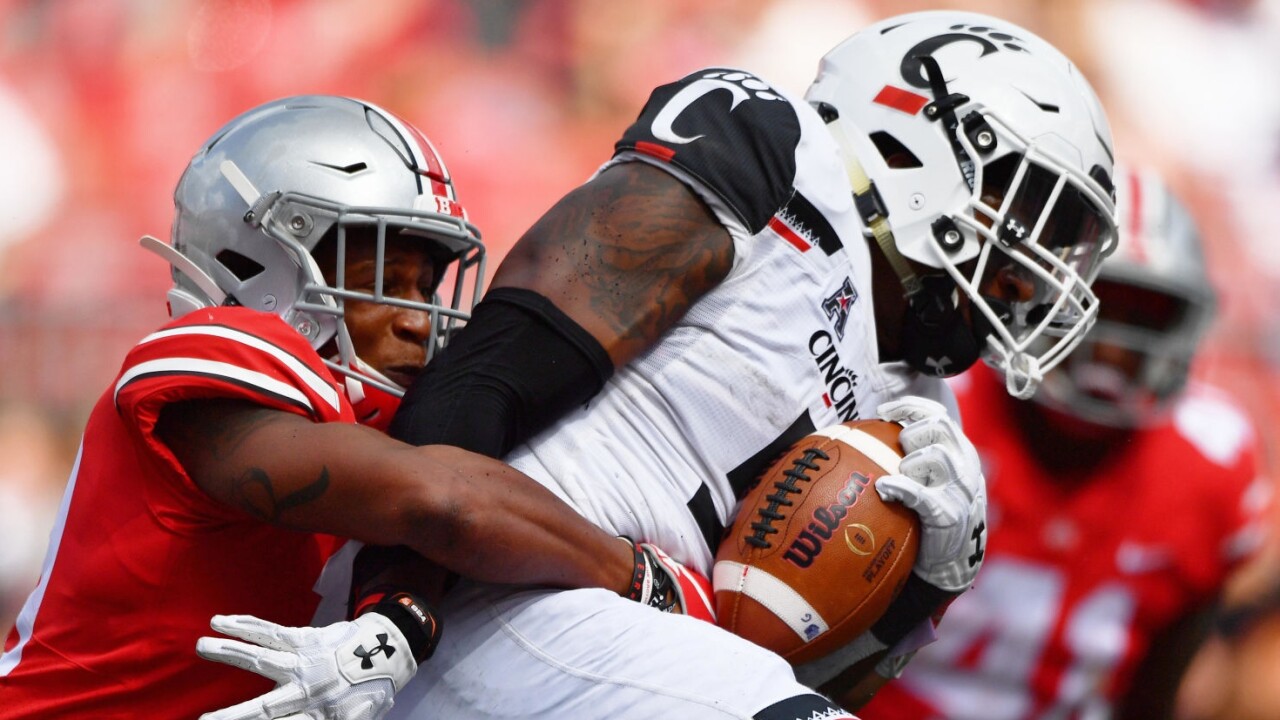 The trip up Interstate 71 Saturday afternoon certainly didn’t treat the Bearcats too kindly.

Ohio State has won 42 consecutive games over in-state opponents, dating back to a 7-7 tie with the College of Wooster in 1924. Ohio State’s last loss to an in-state school occurred to Oberlin 7-6 in 1921.

UC coach Luke Fickell told the media this week Saturday’s game was about an opportunity and not just facing the in-state Buckeyes by name alone.

Fickell spent 21 seasons at Ohio State including five as a player (1992-96) 16 as a coach including on staff from the 2002 and 2014 national championship seasons. Despite all of his connections to Columbus, he preferred the focus to be on the Bearcats leading up to Saturday afternoon.

“We have a rivalry game -- it’s next week (in the Battle of the Victory Bell against Miami University),” Fickell said during his weekly press conference. “I think it will be important for us to switch gears. We learn about rivalry weeks in camp and learn and study the history of those things.”

The Buckeyes were ready to play in their second home game of the season early Saturday afternoon. Ohio State led 28-0 at halftime including three touchdowns in the second quarter.

The Buckeyes took advantage five plays later when sophomore quarterback Justin Fields found a seam and ran 7 yards for a touchdown to help give Ohio State a 7-0 lead.

UC punted on its next possession but had an opportunity at the 2:41 mark when senior linebacker Perry Young tackled Fields on fourth down to give the Bearcats the ball at their own 20.

A few plays later, the most serious moment of the afternoon occurred as Ohio Stadium went quiet.

UC redshirt sophomore safety Kyriq McDonald went down and was carted off the field after the entire Bearcats team walked from the sideline onto the field to show support.

Later, Ohio State junior running back J.K. Dobbins scored on a 4-yard touchdown run – the first of two scores in the first half at the 9:40 mark to help make it 14-0.

UC went three-and-out on its next possession and Dobbins scored on a 60-yard touchdown run at the 7:26 mark.

Fields found freshman Garrett Wilson in the end zone for a 9-yard touchdown pass connection just before halftime to help make it 28-0.

Fields scored on a 4-yard touchdown run late in the third quarter to help give Ohio State a 35-0 lead.

Fields found K.J. Hill for a 5-yard touchdown pass connection at the 11:30 mark of the fourth quarter to help make it 42-0.

UC (1-0) next plays host to Miami University at noon Sept. 14. That game will be televised on ESPNU.