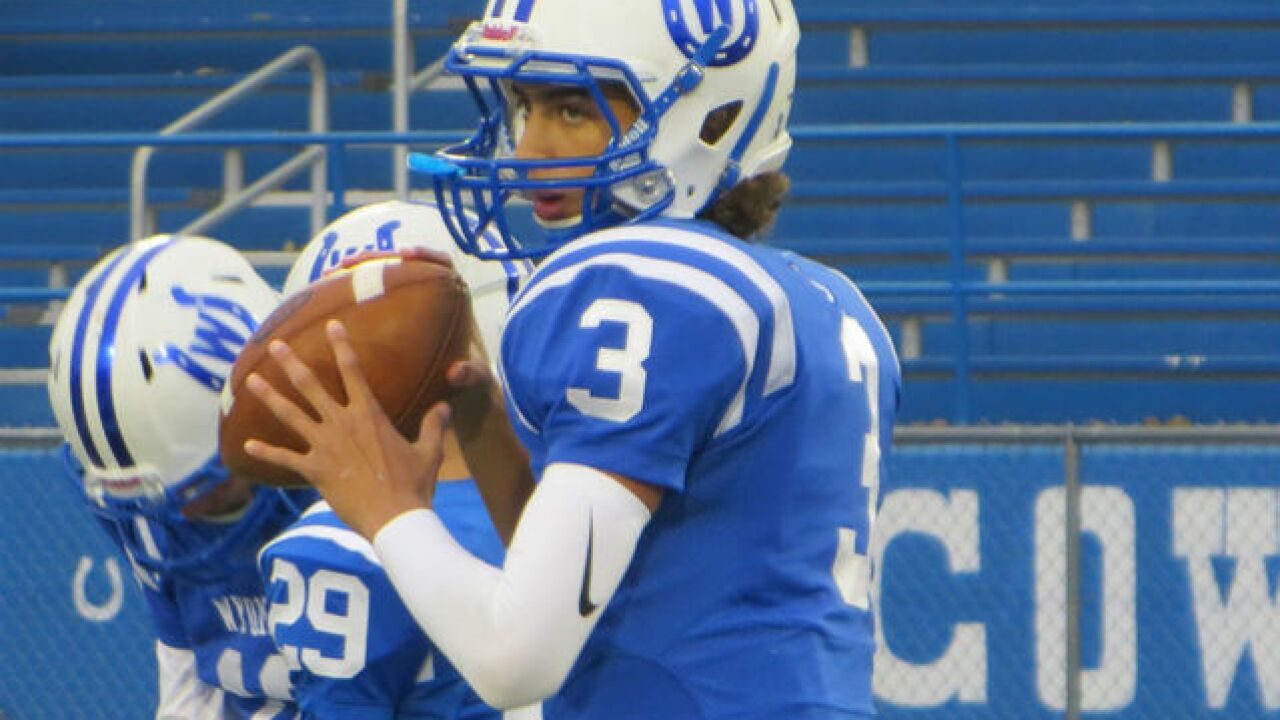 Copyright 2018 Scripps Media, Inc. All rights reserved. This material may not be published, broadcast, rewritten, or redistributed.
<p>Wyoming 2020 quarterback threw for 1,638 yards and 23 touchdowns for the Cowboys last season. He also rushed for 760 yards and 11 touchdowns. (Photo by Greg Shoemaker/TriStateFootball.com)</p>

Hancock said the college interest in Prater has picked up over the past week.

In addition to the aforementioned programs, Purdue, Marshall, Rutgers, Connecticut, Kansas State and Ohio University are among other schools showing interest in Prater.

A Division IV honorable mention all-state and first-team all-district selection as a sophomore, Prater didn’t play in eight quarters during the 2017 regular season due to a running clock because of Wyoming’s success.

Prater is one of 10 offensive starters returning for the Cowboys this upcoming season.

“One of the most athletic quarterback I have seen,” Wyoming coach Aaron Hancock said. “He is a worker and has all the intangibles of a great quarterback and leader.”

Wyoming will open the season Aug. 24 against visiting Gahanna Columbus Academy. This upcoming season will be the 100th year of Wyoming High School football.