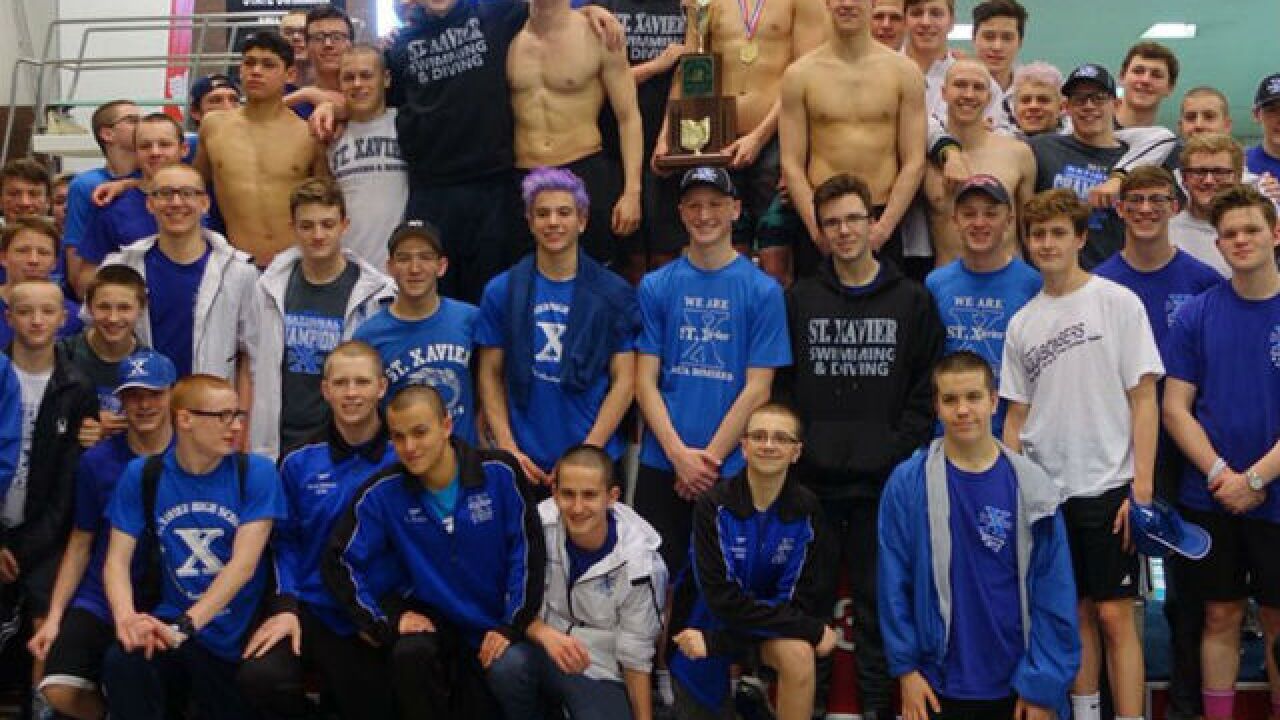 It marks the 10th overall NISCA crown for St. X and the “four-peat” is the first by any boys’ school in at least the past 20 years, according to the school.

“We are so pleased and gratified that our guys stepped up, meet after meet, to accomplish something very special for the program,” St. X coach Tim Beerman said.

“This championship defines quality depth and in our case a tremendous amount of focus, determination and commitment by the athletes, coaches and families involved.  When you look at the list of heavy hitter teams from around the country who are factors in the NISCA results, it further highlights the achievement.”

The margin of victory was the largest in Ohio boys swimming and diving history.  St. X placed first in five events and picked up an additional five runner-ups to headline the scoring.

The NISCA also announced All-American honors this week.  Nine St. Xavier team members were part of this elite group.  The team had at least one representative in all 11 swimming events. Six of the nine earned the honor for the first time. The individuals:

Swimming World Magazine will release its mythical rankings in September.  St. Xavier was the national champion in 2017.