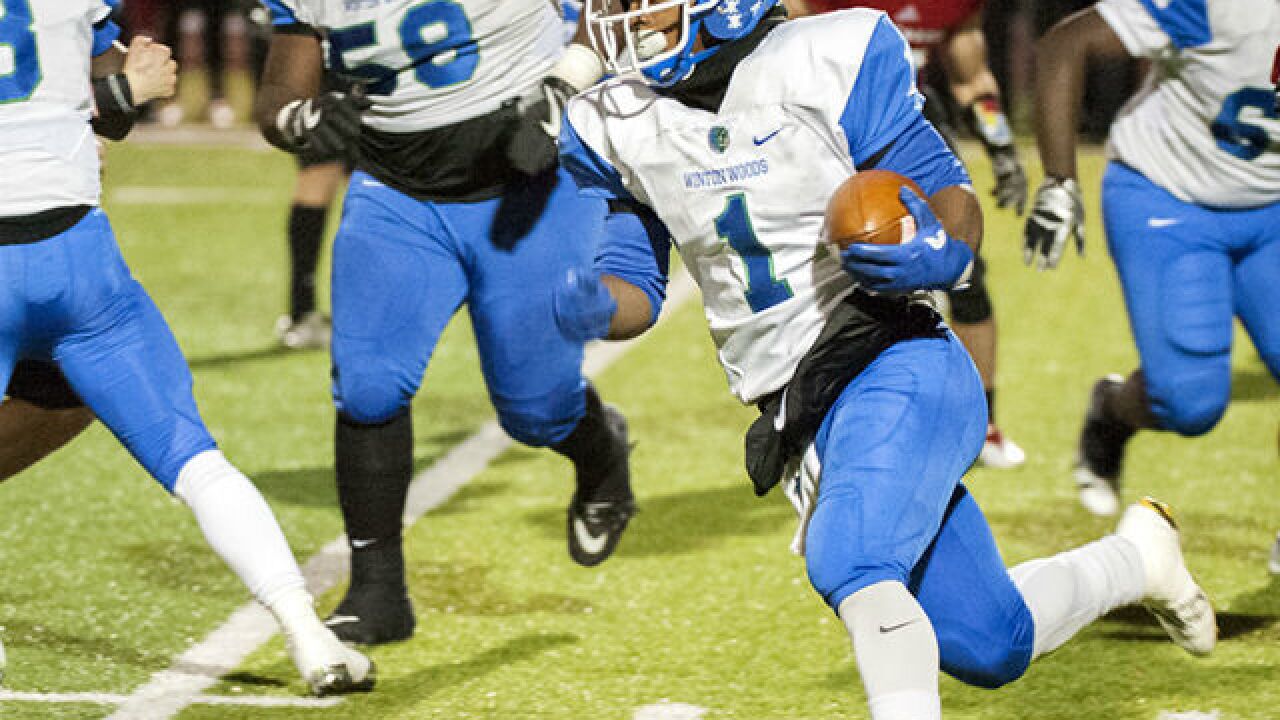 Copyright 2017 Scripps Media, Inc. All rights reserved. This material may not be published, broadcast, rewritten, or redistributed.
<p>Winton Woods, the 2017 Division II state runner-up, defeated La Salle in the regional final at Withrow last season. The OHSAA announced Wednesday all postseason games will kick off at 7 p.m. Also, some divisions will move from Friday ato Saturday.  (Photo by Joseph Fuqua II).</p>

COLUMBUS, Ohio – The Ohio High School Athletic Association will have postseason football games starting at 7 p.m. Friday and Saturday through the state semifinals this upcoming season.

Just approved by OHSAA’s Board of Directors: going back to Saturday night playoff games also and 7:00 start Times for all Friday/Saturday FB Playoff Games

The OHSAA Board of Directors approved a proposal Wednesday afternoon.

Football playoff games for Divisions I, II, III and VI will be on Friday night. Divisions IV, V and VII are Saturday night. All games will be 7 p.m. Previously, the Friday games were 7:30 p.m.

“We still have good attendance throughout the playoffs, but the overall total attendance dropped in 2017 when we moved all the games to Fridays,” said Beau Rugg, OHSAA Director of Officiating and Sport Management and the OHSAA’s football administrator. “Some parts of the state liked staying away from Saturdays for playoff games, but we also received quite a bit of feedback, mainly from the smaller schools, that they hoped we would return to having games on Saturdays, too, so their communities could see two games per weekend instead of one.”

The OHSAA also officially announced the 2018 state football finals will be played at Tom Benson Hall of Fame Stadium in Canton Nov. 29 to Dec. 2.

The 2017 season saw all seven divisions play postseason football games across the state on Friday nights through the state semifinals. However, attendance figures for the five rounds of the playoffs decreased by 34,106 tickets from 2016. The 2017 football playoffs’ total attendance was 420,921, down from 455,027 in 2016.

The OHSAA has sought to increase ticket sales, and a move back to Friday and Saturday for the playoffs is a result of that.

The 2017 season was the first time since 1973 that all the football playoffs were played exclusively on Friday night until the state finals.

In 2016, Division III, V and VII games were on Saturday night. Yet the OHSAA found in recent years that Saturday night games often conflict with college football and high school football attendance is primarily higher on Fridays around the state.

Football is still the OHSAA’s largest revenue sport. There were 719 Ohio high school football teams in 2017.