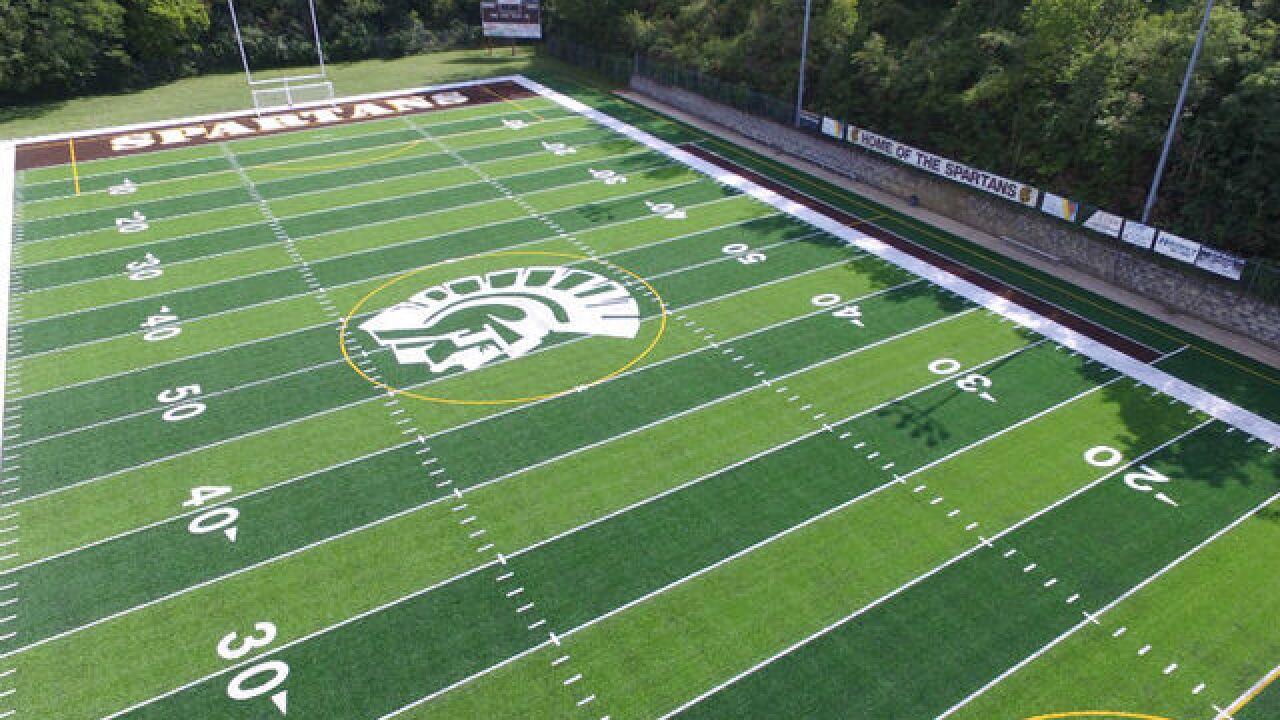 Judge Ruehlman issued the TRO Aug. 15 in Hamilton County Common Pleas Civil Court prohibiting the OHSAA from using the Tier 1 factor, which relates to feeder schools, specifically as it applies to Roger Bacon and the GCL Coed Division.

However, since OHSAA bylaws apply equally to all 817 member schools, both public and non-public, the ruling has statewide implications, the OHSAA said in a news release Thursday.

“We do not believe that courts can interfere with the internal affairs and application of the bylaws of the OHSAA, which were duly adopted by the member schools,” said Joe Callow, partner at Cincinnati-based Keating, Muething and Klekamp PLL (KMK), in a statement.

“The Ohio Supreme Court has been consistent on this issue for more than 50 years.”

KMK is assisting OHSAA general counsel Steve Craig, Esq., in defense of the Competitive Balance process that OHSAA member schools voted into place in May 2014.

The OHSAA announced Aug. 17 it added Keating, Muething and Klekamp PLL (KMK) to assist the OHSAA in defense of the lawsuit.

Officially, the filing Thursday in the Ohio Supreme Court is a Complaint for Writ of Prohibition and Motion for Emergency Stay and Expedited Alternative Writ, which asks a higher court to stop a lower court from proceeding with a case that does not fall under the lower court’s jurisdiction.

Roger Bacon and the GCL Coed have presented the first formal legal challenge to the competitive balance measure in Ohio. Cincinnati attorney Terry Coates, who is representing the co-plaintiffs, told WCPO Thursday night in an email he couldn't comment on the OHSAA's filing because he had not seen it.

The Archdiocese of Cincinnati told WCPO it wouldn't have a comment until Friday at the earliest.

The GCL Coed and its member schools are challenging the content and application of the OHSAA's competitive balance measure because, according to the Archdiocese of Cincinnati, it unfairly discriminates against non-Division I Catholic schools by penalizing them for enrolling students from the Catholic feeder schools from which they have received students for decades, without regard to the historic level of success of a school's athletic teams.

Tim Stried, OHSAA Senior Director of Communications, told the WCPO High School Insider Podcast Wednesday the OHSAA received correspondence from Coates a week prior to the lawsuit being filed in Hamilton County Aug. 15.

Stried said the GCL Coed reached out to the OHSAA for an opportunity to meet with the OHSAA Appeals Panel comprised of school administrators from around the state. But, that panel typically hears appeals regarding eligibility and transfers; it doesn't have the ability to change bylaws, Stried said.

"We explained that and said we would like to invite the GCL Coed or the attorney or both to the next Competitive Balance Committee meeting or even to an upcoming Board (of Directors) meeting," Stried said. "I think it was decided at that point that they wanted to move forward with a lawsuit instead."

Stried said Wednesday on the WCPO podcast that Roger Bacon and the GCL Coed schools renewed their voluntary membership to the OHSAA this summer for the 2018-19 school year. Those membership cards were received by the OHSAA in July.

The GCL Coed and Archdiocese of Cincinnati declined interview requests from WCPO to appear on the podcast this week.

"We're not trying to pull the plug on competitive balance completely," Coates told WCPO Aug. 16. "...We're aiming at that Tier 1 multiplier in saying that we really we should not be penalized for receiving our students from our traditional Catholic feeder schools. They're in the Catholic system. We shouldn't get those Tier 1 multipliers applied against us."

The Archdiocese of Cincinnati issued this statement Aug. 15:

“Athletic competition is an important part of high school education. Student athletes learn the values of hard work and team play. These values are reinforced and rewarded when a team achieves at least some level of success on the court or playing field. That is why we support the concept of competitive balance, wherein all teams at a given level have a reasonable chance of winning.

The Aug. 15 ruling has no affect on regular season schedules or contests, however the OHSAA had already announced the tournament divisional breakdowns for 2018-19 using competitive balance for the sports that it affects – soccer, volleyball, football, basketball, baseball and softball.

Stried said there are two scenarios that would be significant in the tournament divisions this fall for soccer, volleyball and football.

If the OHSAA is not successful in court or if the court proceedings are lengthy (in terms of months), Stried said he could envision working with the Board of Directors on selecting on a date for not using Tier 1 or any competitive balance data and have to re-work the enrollment numbers for the divisional breakdowns.

"If we are not successful or if there is no resolution yet, schools could be changing division mid-season," Stried said.

Sectional soccer and volleyball tournaments are operated by the district athletic boards.

"That is all coded in the formula in the computer system," Stried said. "All that would have to be re-done so each school has its proper 'new' divisional assignment and then you run the formula from there. We can do it. We're not panicking about it. But, it would take a lot of work in a short amount of time. And it could be that schools thought they were playing a Division III opponent in Week 7, well now they are playing a Division IV opponent in Week 7 which then changes the whole scope of the computer ratings."

There are 717 schools with varsity high school football in Ohio this season.