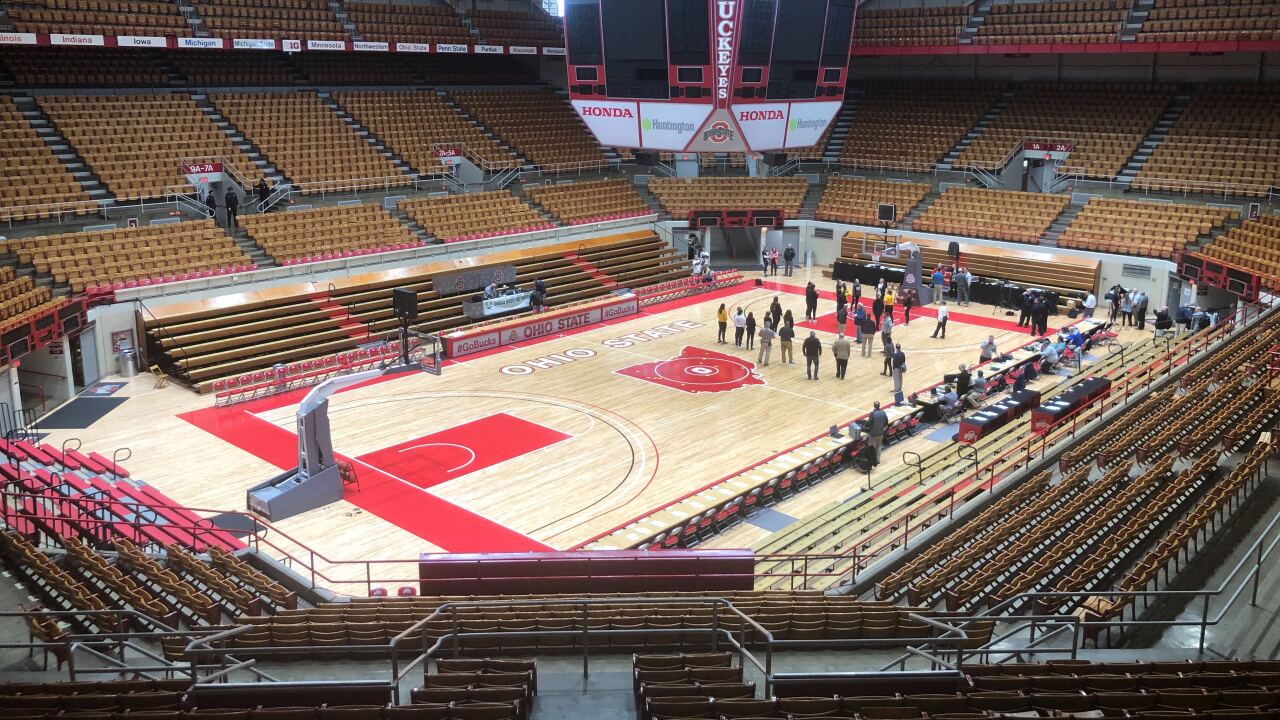 The Ohio High School Athletic Association will suspend all tournaments indefinitely, following the lead of professional sports leagues and school districts that have canceled athletic events to minimize the spread of COVID-19.

OHSAA director Jerry Snodgrass announced the decision in a Thursday afternoon news conference, acknowledging that it could disappoint parents and players. The most important thing, he said, is protecting students’ and fans’ health.

“As we all know, we’re taking advice — from the onset of this in the United States, we’re taking our advice from the CDC as well as the Ohio Department of Health,” he said.

One of the most commonly repeated pieces of advice from those organizations had been to reduce large gatherings in which the virus could quickly spread from person to person.

“Those mass gatherings, we have one,” he said. “We have many across the state right now. We have 600 wrestlers alone in one of our state wrestling tournaments.”

The decision to suspend the events was only logical, he said. Other suggestions for physical distancing, such as seating fans two seats apart, would be ineffective and too hard to enforce.

Fans who had already purchased tickets will be eligible for refunds.

Snodgrass said he is in touch with the office of Gov. Mike DeWine and OHSAA's participating schools. His eventual decision to continue the season will be contingent on their advice.