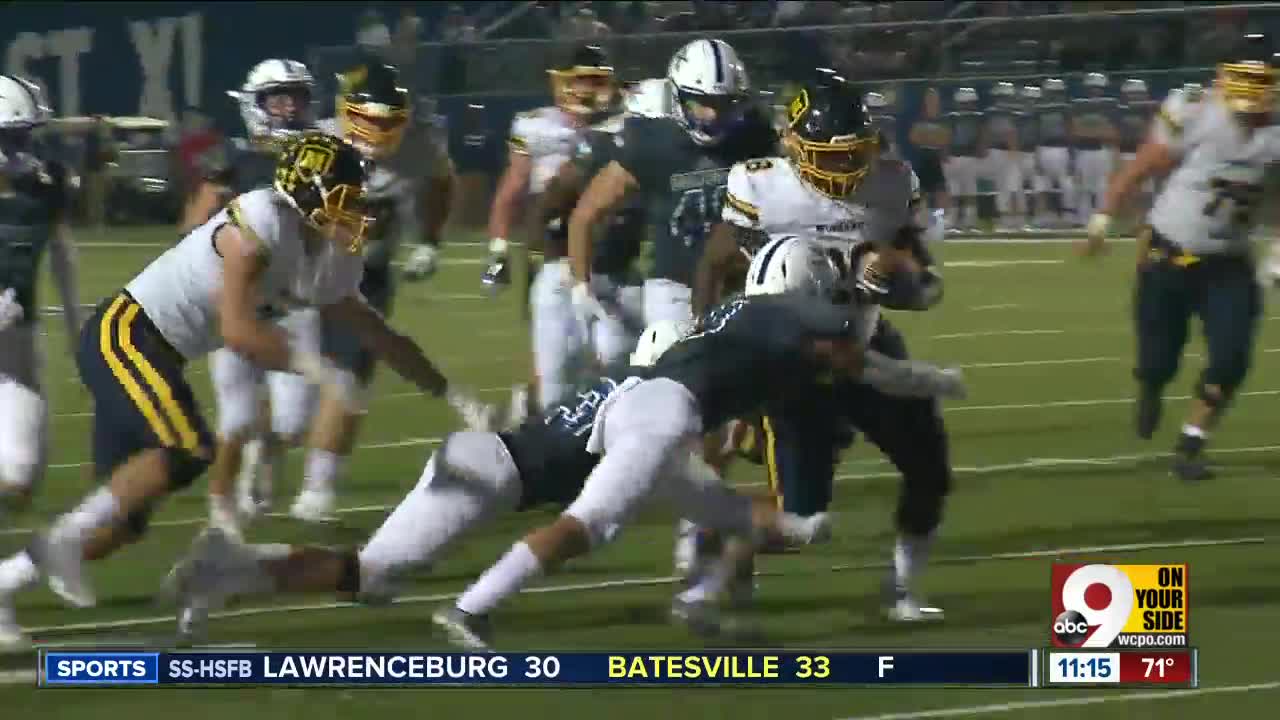 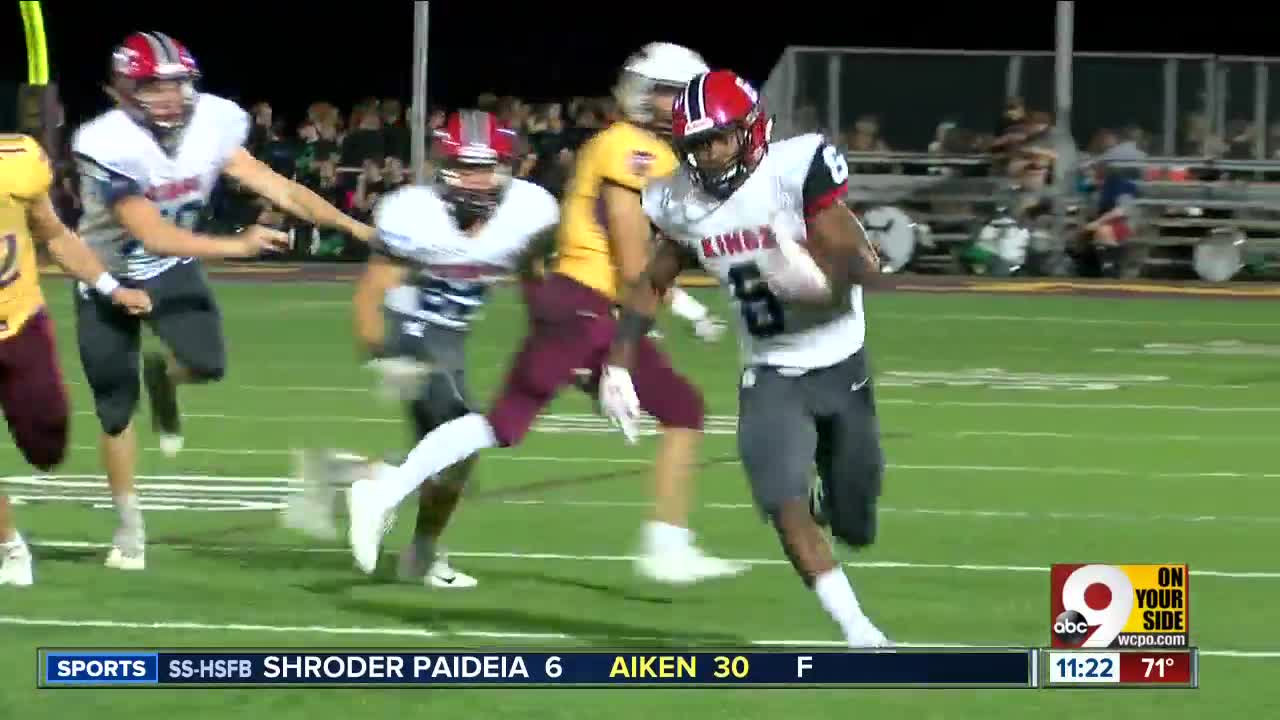 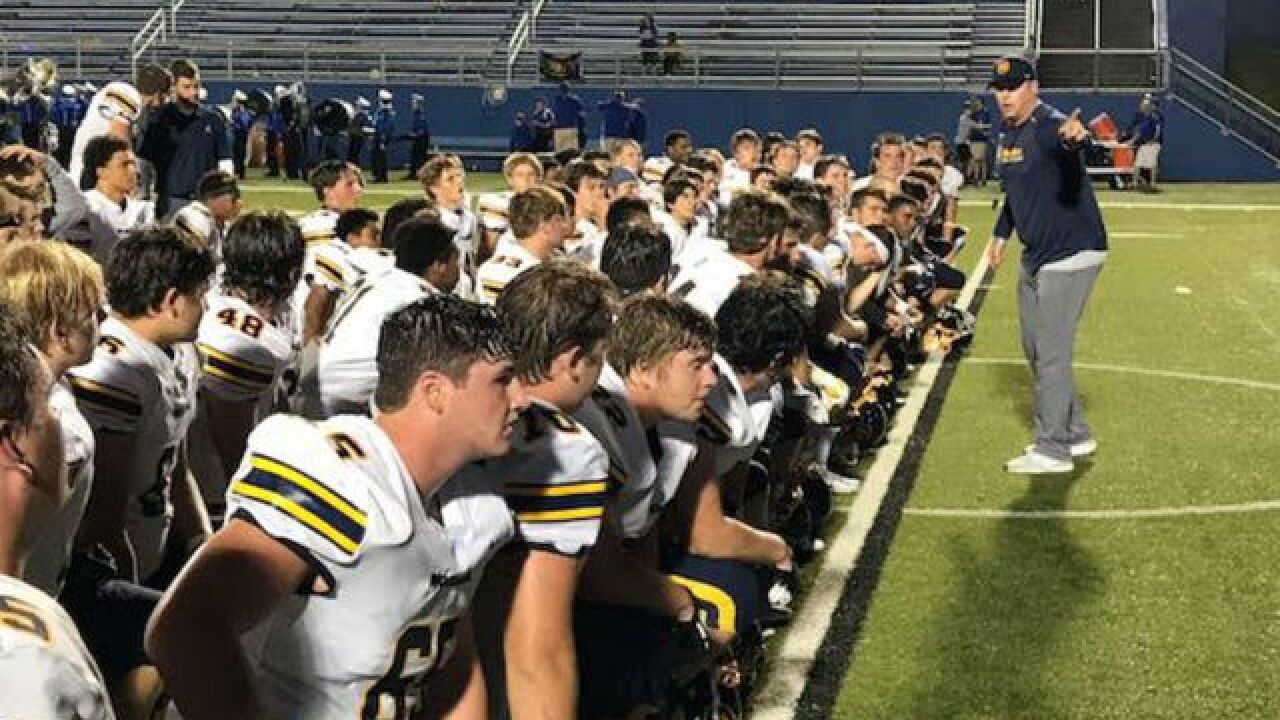 SPRINGFIELD TOWNSHIP, Ohio – Moeller senior defensive end Ryan Mullaney counted down the days and weeks to the St. Xavier game by doing push-ups with his teammates during the offseason.

Mullaney mentioned doing the push-ups this past winter - including in February. By no accident, Moeller football coach Doug Rosfeld mentioned the same month when he told his team late Friday night the weight room and conditioning efforts in the winter helped the Crusaders defeat the Bombers.

“It’s just exciting to get the job done and execute,” said Mullaney, who had a team-high 8 ½ tackles -including two sacks.

The Crusaders limited the Bombers to just 27 net rushing yards on 25 attempts in a 19-14 win Friday night at sold-out Ballaban Field.

In a game that saw 15 punts overall and the time of possession nearly identical, it was a test of wills on both sides in the 63rd meeting between the rivals.

“I’m very proud of our young men,” said Rosfeld, who earned his first GCL South win as the Moeller head coach. “They played hard. It was a good ball team, good coach, good school over there. That’s a good quality win.”

Rosfeld , a 1997 Moeller graduate, was hired in December 2017. There is always plenty of anticipation for the Moeller versus St. Xavier game, and this was no different.

Rosfeld was asked what it felt like coaching in the game.

Mullaney had seven tackles, including a sack in the first half. His forced fumble and recovery on the St. X quarterback with five seconds left in the third quarter helped to turn the momentum of the game.

“Champion,” Rosfeld said of Mullaney. “Heart. Pillar of the program.”

The turnover helped to set up a 29-yard field goal by junior kicker Kevin Thibodeaux to give the Crusaders a 10-7 lead early in the fourth quarter. Thibodeaux added a 44-yard field goal at the 4:57 mark to give Moeller a 13-7 lead.

Another significant play happened just a minute later when senior cornerback BJ Hendrix jumped a receiver route and returned an interception 45 yards for a touchdown to give Moeller a 19-7 lead.

Senior running back Chrys Watkins had 96 yards rushing, including 71 in the second half, which also helped the Crusaders. Moeller had 189 yards of offense, including 125 rushing.

“I think we’re headed in a real good direction,” Mullaney said. “That was a positive win and builds confidence in our team.”

Senior defensive end Thomas Kiessling had 9 ½ tackles. Senior linebacker Nathan Arthur had eight tackles. He also had a 30-yard interception return for a touchdown in the second quarter.

St. X coach Steve Specht likes his team’s effort but said it needs to clean some things up and put more points on the board.