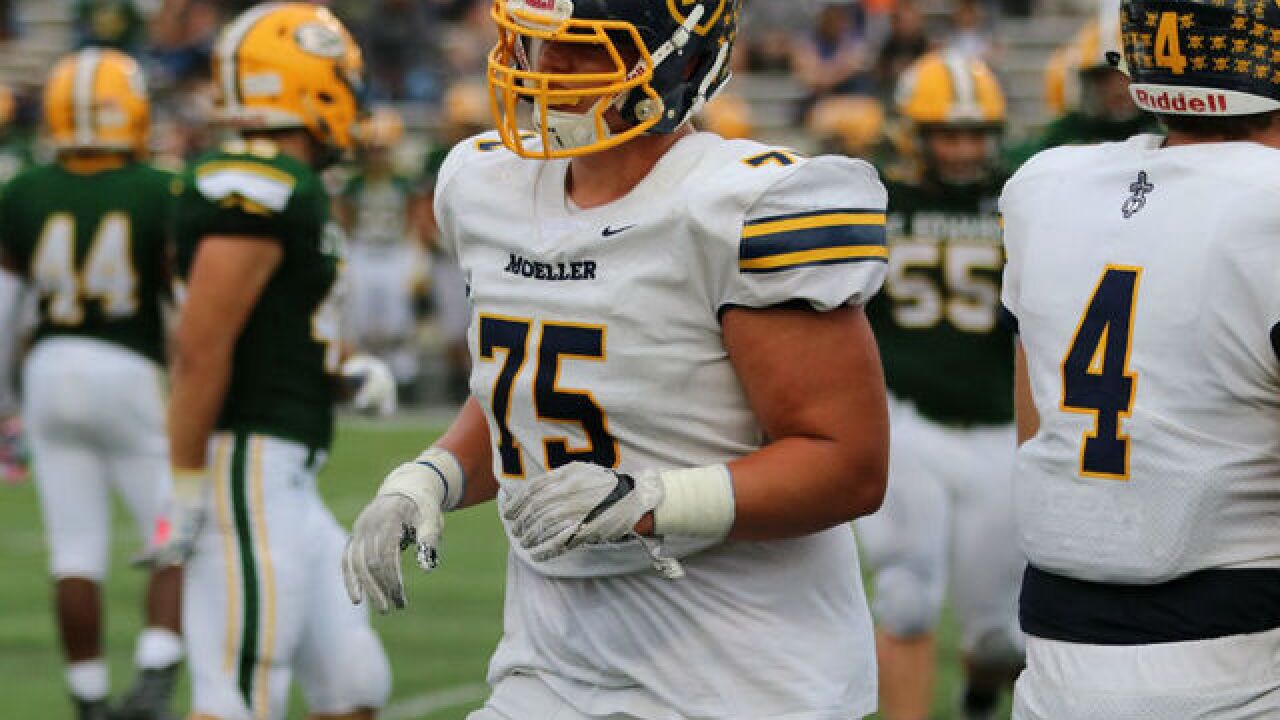 He was named the Anthony Muñoz Foundation Division I offensive lineman of the year. Carpenter, one of the state's top players in the 2019 class, also had scholarship offers that included Clemson, Nebraska, UC, Arkansas, Kentucky, Louisville and several others.

Moeller opens the season Aug. 24 versus Clarkson North (Ontario) at 7 p.m. at Roettger Stadium in Lockland.