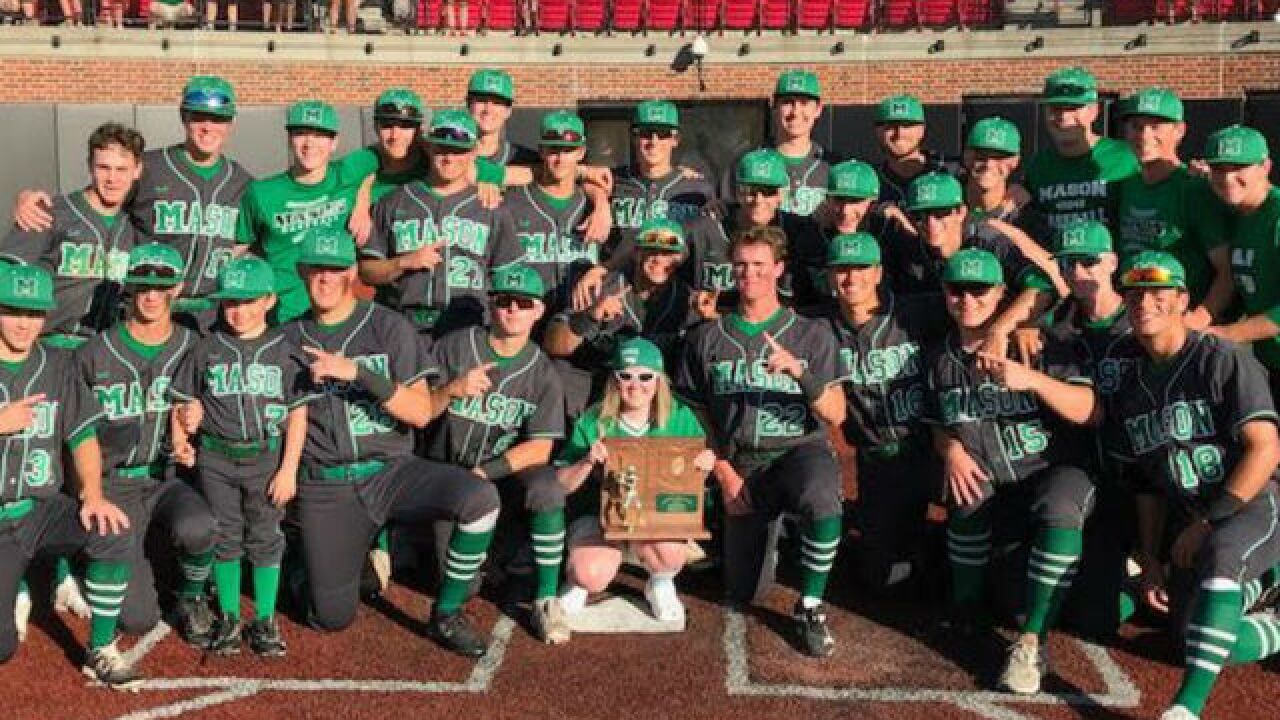 Copyright 2018 Scripps Media, Inc. All rights reserved. This material may not be published, broadcast, rewritten, or redistributed.
<p>The Mason baseball team defeated Moeller May 25 at the University of Cincinnati to earn its first state tournament appearance since 1987. (Mike Dyer photo)</p>

I’m excited to announce that I will be furthering my academics and athletic career at the University of Cincinnati. pic.twitter.com/sfWf0qL1Gz

Kemp is the 11th commitment for the Bearcats in their 2019 class. He also had scholarship offers that included Xavier and Indiana Wesleyan. He was a part of the Comets’ Division I state semifinalist team this past spring.

Mason (26-6) earned its first trip to the state baseball tournament since 1987 when it was the Class AA state runner-up. The Comets were regional champions, district champions, sectional champions and Greater Miami Conference champions in 2018.