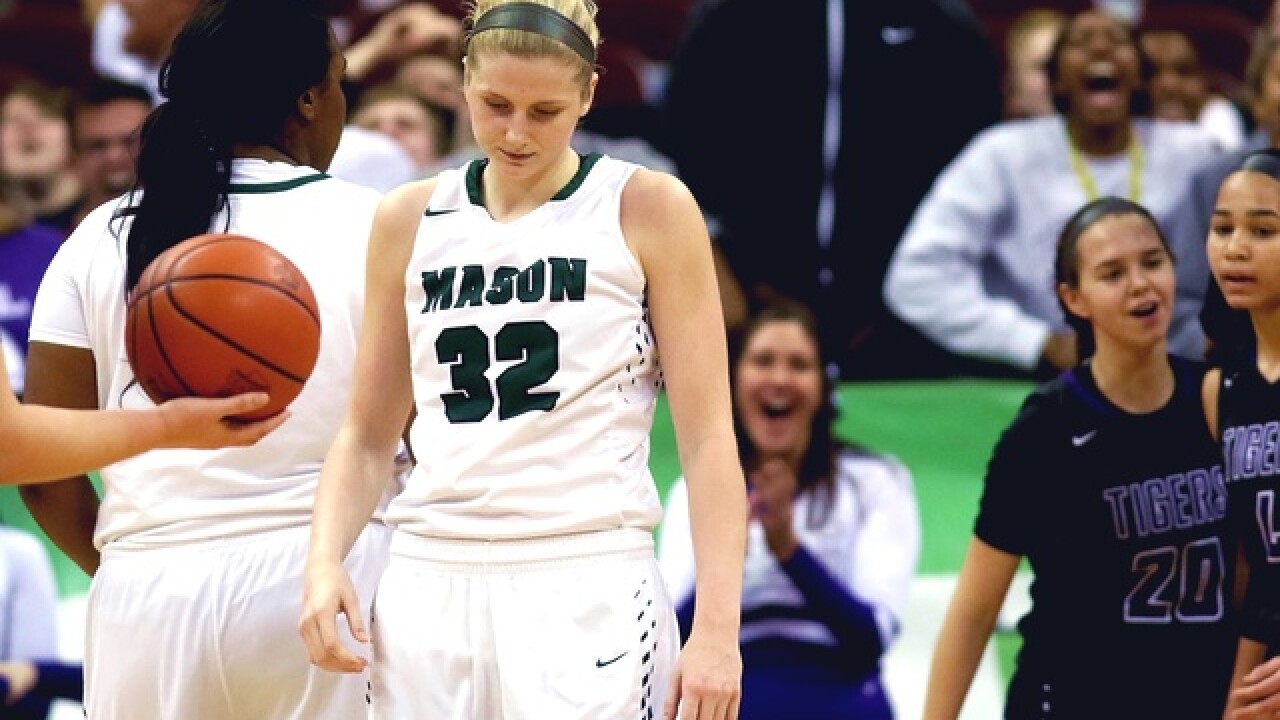 Even though Pickerington Central defeated the Comets 62-48 in a Division I state semifinal Friday night, the Mason team isn't defined by one game.

"I told them in the locker room that, in the 30 years I have been lucky enough to coach and teach this group, this is by far the best group of kids that you would want to represent your school and community," Matula said. "It was enjoyable every day."

"I formed bonds with each and every one of them that nobody will ever be able to replace," Fulton said. "I think that's my most favorite part. Being a part of the basketball team, you are surrounding yourself with great people on and off the court."

Mason (24-4), ranked No. 7 in the season's final Associated Press Division I statewide media poll, returned to Columbus for the first time since 2016 when it was a Division I state runner-up.

It was the fifth state tournament appearance for Mason. The Comets won the state title in 2000. The Comets were also state runners-up in 1999 and 1997.

Matula couldn't say enough to compliment the Comets. Their effort was there all night and during the tournament run.

"The way they represented their community and their school -- it was fun to watch the excitement," Matula said.

Mason was led by junior guard Sammie Puisis, who had 14 points and eight rebounds for the Comets. Fulton had 11 points, eight rebounds and five steals.

"This year was definitely one of the best years I've had so far," said Puisis, one of two active players on the 2016 state runner-up team.

It was a memorable month of March for Mason. The Comets  defeated Lakota West 54-51 March 10 to win the Division I regional title in front of 3,100 at Trent Arena.

The Comets shared the Greater Miami Conference championship with Lakota West for a second straight season.