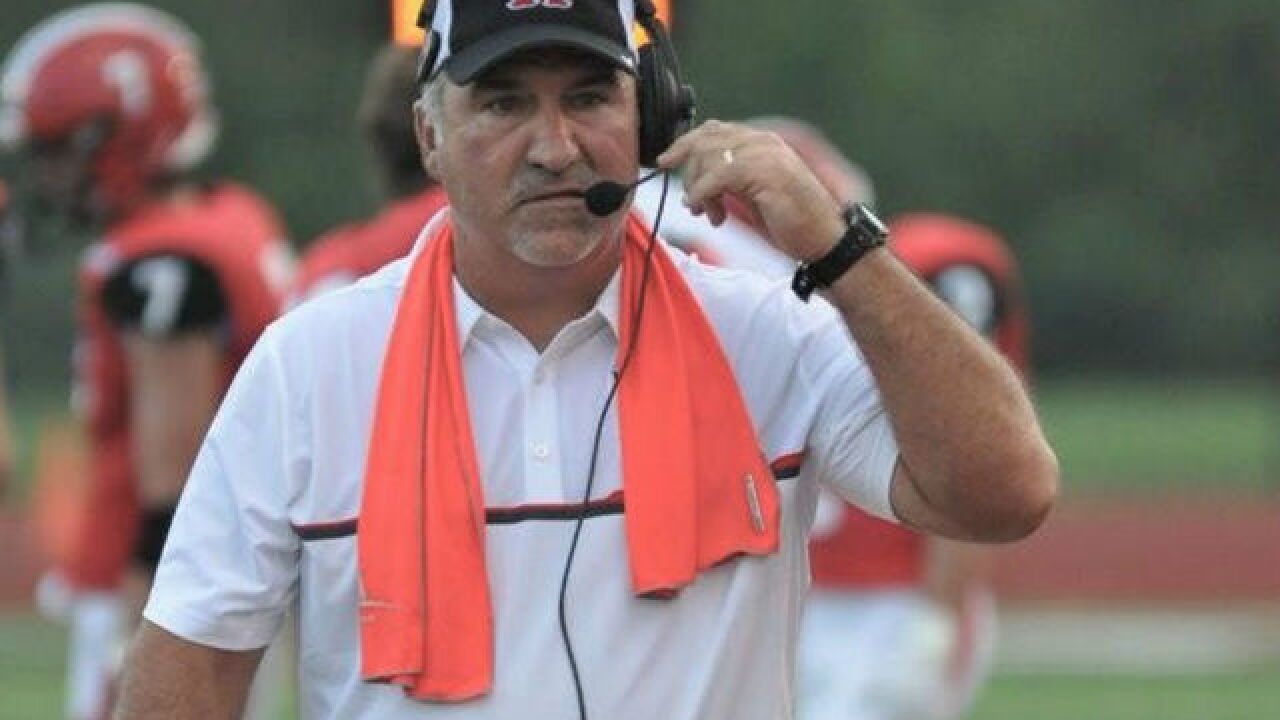 Copyright 2018 Scripps Media, Inc. All rights reserved. This material may not be published, broadcast, rewritten, or redistributed.
<p>Kings football coach Andy Olds announced his retirement from coaching on Tuesday. He coached the Knights for 21 seasons and coached high school football for 34 years overall. (Provided photo)</p>

"If I could ever envision a more perfect year, this was the year," Olds told WCPO. "This was a snapshot of the last 21 years. It's been a blessing."

Kings (9-2) was the Eastern Cincinnati Conference champion this past season, having completed a 7-0 conference record. The Knights made the postseason 14 times under Olds, including a Division II regional quarterfinal against Anderson earlier this month. Kings was the No. 2 seed in Division II, Region 8.

"He's been a staple of our community," Kings athletic director Tyler Miller said. "It is one of the best programs in the city. He's poured his whole life into it."

Olds, 56, said he knew this would be his final season in January. His wife, Pam, bought him a wristband that said "LTA" (last time around). The Knights visited the Pro Football Hall of Fame in Canton in the preseason and scrimmaged Massillon and Canton McKinley.

Olds will continue as a physical education teacher at the school. He said he is full of energy but knew it was time to pass the baton.

"I'm the most proud of the type of student-athlete we turned out," Olds said.

He has enjoyed watching his players become doctors and lawyers, and also go on to work in business, ministry or other occupations.

"It's been a wonderful, wonderful journey," Olds said.

Kings recently celebrated the 20th anniversary of Olds' first team that went 9-1. The Knights' only loss was to Lebanon in 1998. The Warriors went on to win the Division II state title that season.

Olds and the Knights upset Wyoming and former standout running back Richard Hall in his first win that season.

Olds said he hasn't decided what he will do next season, but he will carry the memories with him and remain involved in the NFL's Play 60 character camps across the country during the summer.

Miller said the school has not named a new coach. He hopes to name a new coach by January.