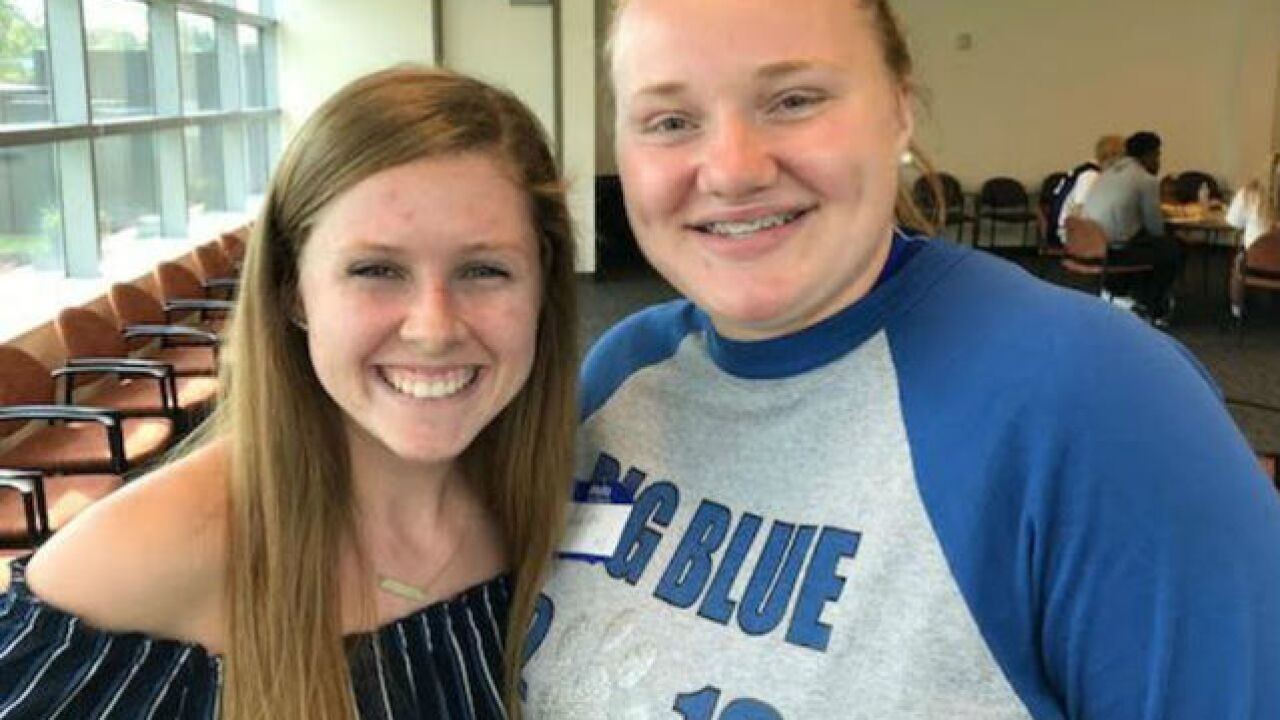 CINCINNATI -- Fairfield senior Kaitlyn Begley thought she would be sitting in a large room listening to a speaker for most of Thursday morning at Mercy Health Bond Hill.

Hamilton senior Samantha Fuller didn't think she and her nine classmates would split up when they arrived for the Greater Miami Conference Leadership Summit.

Their day turned out much different from what they expected. That was the whole point.

As Begley, a cross country runner, and Fuller, a volleyball and basketball player, took a short break at lunch Thursday afternoon, both wore smiles as they discussed the new friendships they had formed as a result of the newly-organized summit, which featured 100 student-athletes from the GMC's 10 member schools.

"It's nice when you get to actually talk to people on a personal level instead of just like facing them on a field where you really don't get to see their side of things," Begley said. "So it's pretty cool."

Begley and Fuller -- both leaders of student sections at their respective schools -- took time to trade social media with other student-athletes within their group. Friendships were easily made. Laughter and synchronized clapping abounded.

There were also plenty of learning moments.

As Hamilton prepared to host Fairfield for the first week of the GMC football schedule Friday night, the summit served as a reminder of sportsmanship and also a unique opportunity to learn about other student-athletes around Greater Cincinnati.

"I think it's great," Fuller said. "I've never heard of anything done like this, especially with rivals coming together like Middletown, Fairfield and Colerain. On the field, we all like bashing each other, but here, we are all together. I think it's really cool."

Motivational speaker Nick Jackson, who represented Speak Love, connected well with the students in a variety of activities and breakout sessions. The students participated in team-building games and other challenges in the morning as icebreakers for the rest of the day.

"Everyone was really encouraging when we were playing the games," Begley said. "I didn't expect everyone to chime in so fast. We were all working together as a team."

Lakota West Principal Elgin Card -- the president of the GMC principals -- said the event made a significant difference because the student-athletes could learn life lessons from interacting with others.

"I think it's great," Card said. "The kids are having a great time. Meeting new people is such a big thing. We always talk about relationships and how important it is, and we also want sportsmanship in our league. This will let kids know one another at other schools they may not know."

Miami University assistant director of admissions Tyler Bradshaw, a 2005 Fairfield graduate, gave a powerful talk prior to lunch about how to cope with adversity in life.

Bradshaw described his relationship with his late father, Scott Bradshaw, who committed suicide in 2013 after struggling with mental illness and depression.

Bradshaw said everyone is dealt curve balls in life, but he encouraged the student-athletes to find ways to make an impact on others through positive actions and words.

"On behalf of the community, we're proud of you," Bradshaw told the student-athletes.

Dr. Marc Galloway, director of sports medicine and head team physician for the Cincinnati Bengals, said Thursday's summit was all about finding common ground among the GMC schools.

"I think it's very important to be able to do it in this type of an atmosphere because, if you think about it, the only other time these kids will come in contact with one another is when they are in direct competition," Galloway said.

"That's probably not the best time to be comrades. That's the time that tests your camaraderie skills. But being able to see people outside the context of direct competition -- one where they are just kids -- they are kids that are just in a different school and are facing the same kind of challenges you have at that age with college, work and social atmosphere. We just thought it was a great opportunity for that."

Each GMC team was placed into pairs with its conference rival in an afternoon session that challenged them to create a service project/culminating event that brings both communities together.

Hamilton and Middletown, Lakota East and Lakota West, Sycamore and Mason, Oak Hills and Princeton along with Fairfield and Colerain worked together on that project.

"It's a lot harder to say something negative about a team or a school if you know them," Hamilton Principal John Wilhelm said. "These relationships hopefully continue and become life-long relationships."

The GMC plans to have the summit as an annual event. GMC president Aaron Zupka said starting this event in the conference is critical, and the impact has the potential to be immediate.

"We hope that these kids when they come to various places will seek out the other students that they met (Thursday) and meet other folks there and be leaders," Zupka said. "You can just tell the kids are gravitating to each other and learning from each other. It's a feel-good event."