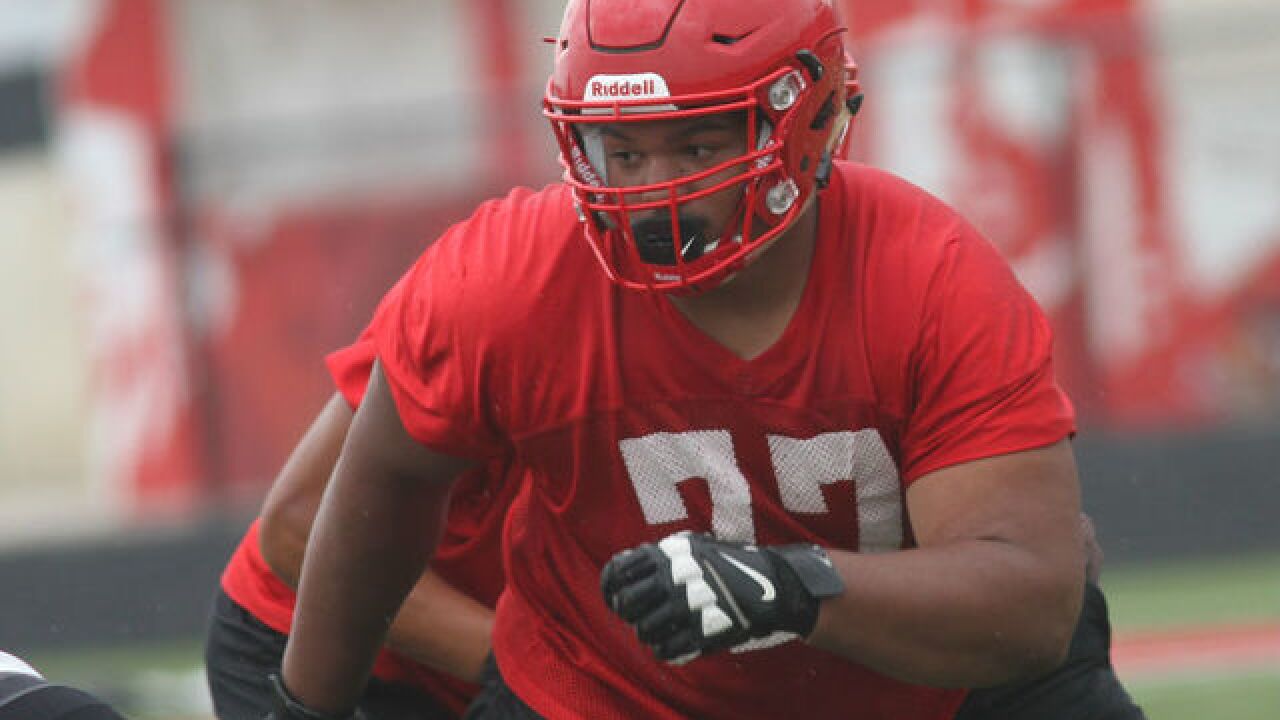 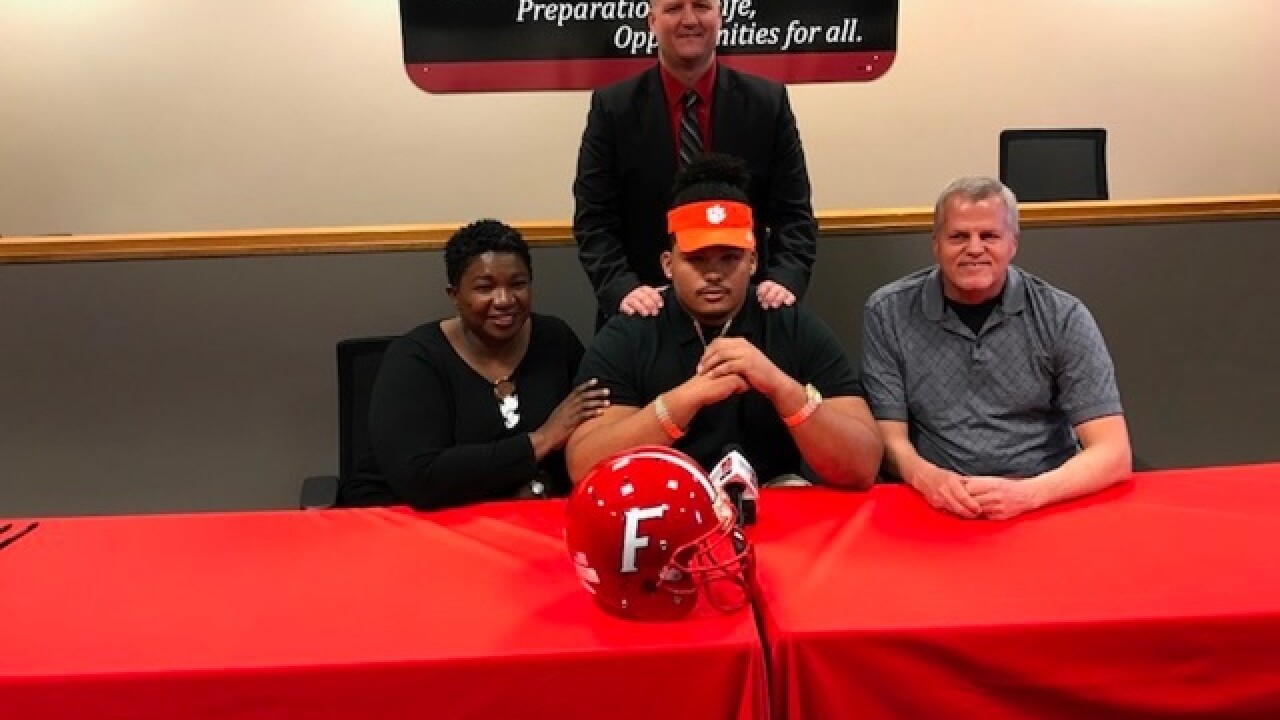 On Wednesday morning, the 6-foot-7, 340-pound standout signed with Clemson, completing one of the most heavily anticipated and publicized college football recruiting journeys ever in Greater Cincinnati.

While dozens of schools were impressed with Carman’s physicality, skill set and potential NFL ability, the 17-year-old is also known for his strength in other interests off the field - whether that is music, art or cooking.

That musical talent was evident this spring. His audience was none other than Clemson coach Dabo Swinney.

During an unofficial visit to Clemson’s spring practice in April, Swinney and Fairfield coach Jason Krause stepped out onto the balcony adjacent to Swinney’s exquisite office.

Carman remained in the office and saw a commemorative guitar that Swinney had received for being in the Music City Bowl at one time.

With one foot on the coffee table, Carman picked it up and tuned it before jamming to a classic rock tune.

Swinney heard the music and his jaw dropped walking back into the office.

“Coach Swinney couldn’t believe it,” Krause said. “He was in shock to see Jackson at 6-foot-7 and 335 pounds just strumming away on an acoustic guitar.”

“Being down there and interacting with (Swinney) – you can tell his aura is different,” Carman said Wednesday. “Seeing how not only how he interacts with people but his players and his whole staff is on the same page.”

“He gave insight on the coaches and what it’s really like there,” Carman said. “He gave me an honest primary source to judge my decision off of. He’s a great guy, a great football player. He’s really energetic and fun. Being down there with him – we had a lot of fun.”

The recruiting process was intense at times. Carman’s thoughts on social media were dissected by fans, coaches and media the past several months.

He was truly torn earlier this week after returning from an official visit to the University of Southern California.

Carman and Krause went out to dinner at Applebee’s Monday night to discuss the decision but Carman thoughtfully considered all options late Tuesday night.

Carman was peppered with questions about Ohio State from reporters after the signing ceremony late Wednesday morning. He mentioned the Buckeyes were his second choice.

“Dabo – they have had a lot of recent success lately,” Carman said. “Their strength and conditioning program is great. He also kind of mentioned that Urban was on the back half of his career which he is and that Dabo is just starting up. Having a chance to be a part of something that’s upcoming and being able to establish Clemson as a top three figure was something (to consider).”

Carman was asked further if Meyer’s age played a factor in the decision-making process.

“Not hugely but it was an underlying factor,” Carman said.

Carman, who will play in the U.S. Army All-American Bowl in San Antonio in January, was among the area’s top players to officially sign during the newly adopted NCAA Early Signing Period that is Dec. 20-22.

Carman’s final day of high school is Thursday. He will fly to San Antonio Dec. 31 for the bowl game where Krause will be his position coach.

Carman will be back in Fairfield Jan. 7 and has to report to Clemson Jan. 8 where he will soon start classes. He plans to major in business.

Fairfield senior defensive lineman Malik Vann also signed with the University of Cincinnati during the school ceremony. Vann verbally committed to the Bearcats in April.

Vann, who was also Division I all-state, was the Greater Miami Conference Defensive Player of the Year. He had over 30 scholarship offers.

"In 24 years he is the most disruptive defensive lineman that I have seen,” Krause said.

Carman, named a USA Today All-American selection Tuesday, was named a Division I first-team all-state selection as a left tackle this season for the Indians (6-5) who made the postseason for a third consecutive year.