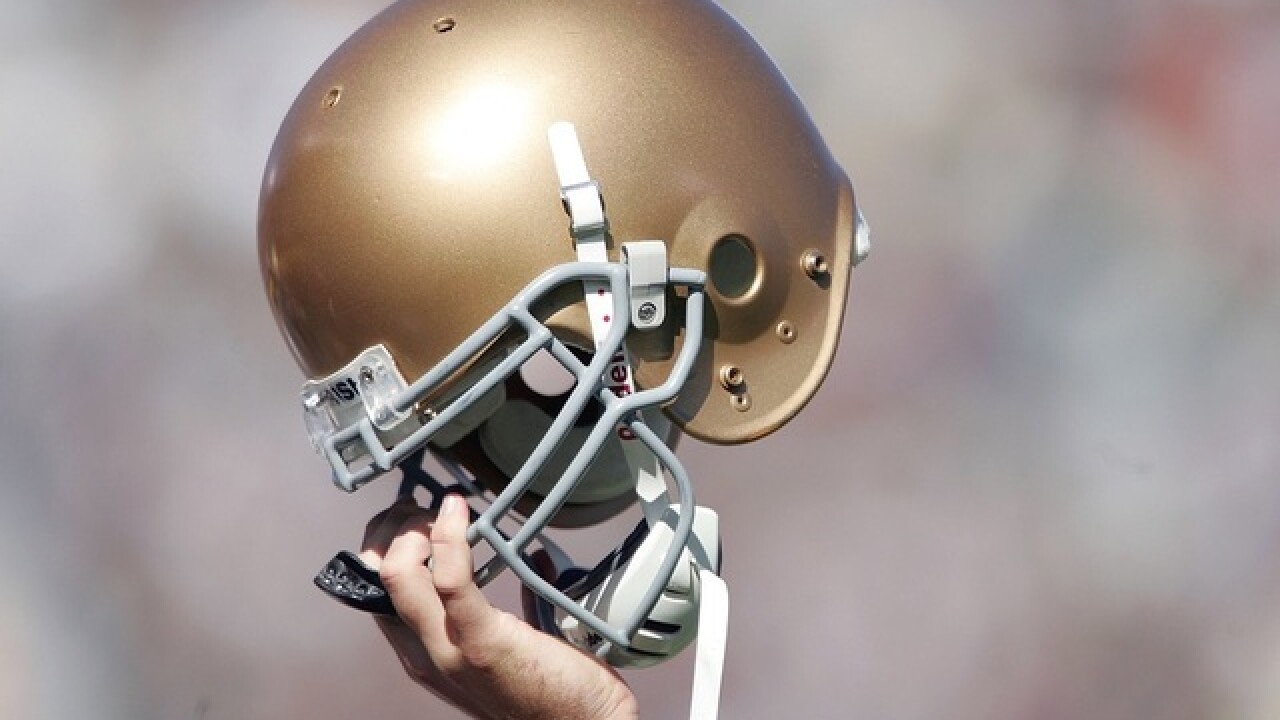 Image copyright 2018 Getty Images. All rights reserved. This material may not be published, broadcast, rewritten, or redistributed.
Andy Lyons/Getty Images
<p>File photo: A member of Notre Dame Fighting Irish holds up his helmet on the opening kickoff at Notre Dame Stadium in South Bend, Indiana.</p>

Correll, a four-star recruit, is ranked the state’s No. 5 player in the 2019 class by the 247Sports Composite. He is ranked the nation’s No. 9 guard in his class.

I AM 100% COMMITTED TO NOTRE DAME! #GoIrish ☘️🏉 pic.twitter.com/izGZowQMIj

He is scheduled to visit Clemson this weekend. Correll, an Ohio Prep Sportswriters Association Division I First Team All-State selection in 2017, was named the Anthony Muñoz Foundation Offensive Lineman of the Year in February.