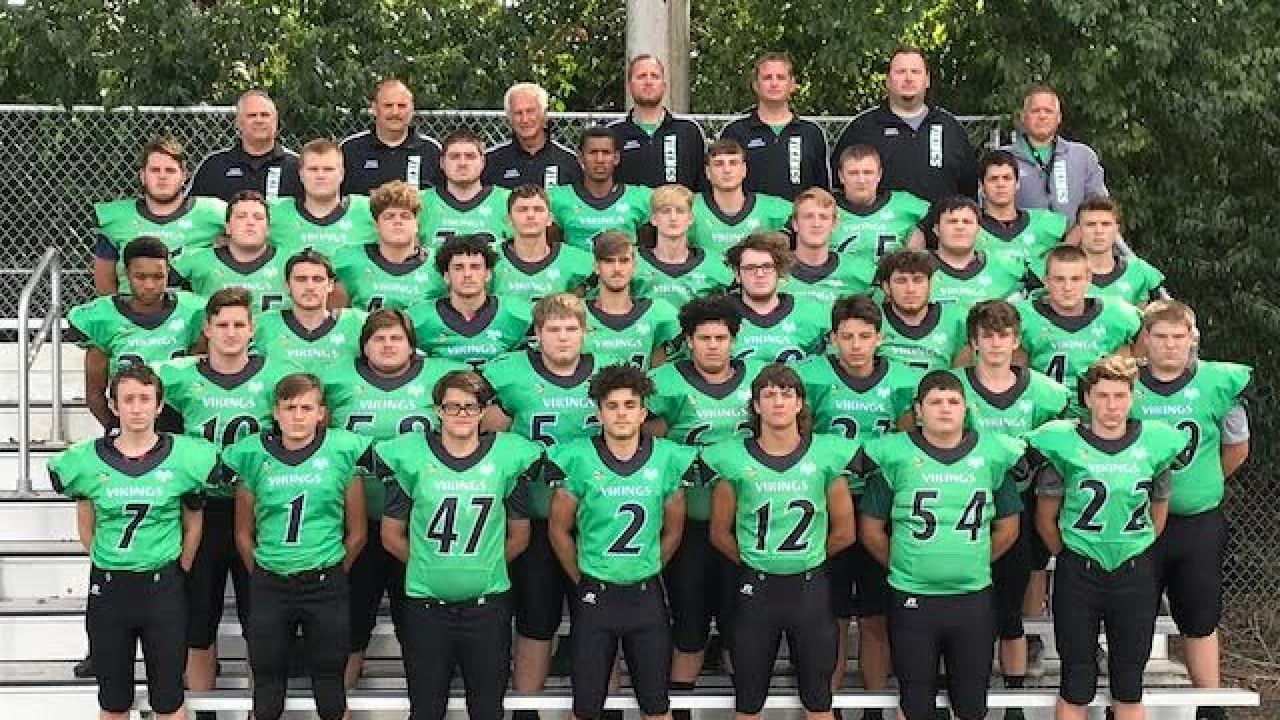 Mike Dyer/WCPO
The New Miami football team is projected to be No. 1 in Division VII, Region 28.

The centerpiece of those projections is in Division I, Region 4 where Lakota West (6-2) could play at Colerain (7-1) in the first round of the playoffs.

If that occurs, it would mark the return of Firebirds coach Tom Bolden to Colerain where he led the Cardinals for 12 years, including the Division I state runner-up team in 2018.

However, there is still plenty of football to be played as Week 9 begins Thursday night.

A lot depends on the Nov. 1 result between Colerain at Fairfield. If Fairfield finishes with a 10-0 record the Indians will be No. 1 in the region.

There are multiple scenarios for Nos. 6-12.

In Division II, Region 8, Winton Woods (5-3) faces a must-win situation at La Salle (7-1) Friday night. However, the Warriors are projected to miss the postseason at No. 9 despite a projected win Friday night.

La Salle can claim the No. 1 spot in the region with wins over Winton Woods or against Elder on Nov. 1.

Watch for Talawanda (6-2) and Little Miami (6-2), both of whom jumped into contention with wins last week.

“Talawanda squeaked out a two-point win over Edgewood, and Little Miami beat Ross by three,” Shuck said. “Does this make them a lock for the playoffs? The answer is no, but they certainly are in a better position than a week ago. Tough games remain for both and losses could burst their bubble.”

“Much would depend on how your defeated opponents do the last two weeks,” Shuck said.

In Division III, Region 12, Hughes (6-2) and Ross (6-2) are at Nos. 7 and 8, respectively. Both are projected to make the postseason. It would be the first postseason appearance for Hughes in program history.

“A Hughes win this week over Aiken should keep them in a strong position to advance,” Shuck said. “Ross will have an opportunity to get off the bubble in Week 10.”

There are still many question marks beyond that though.

“The three, four and five slots are very close,” Shuck said. “Waynesville could go higher before it’s over. This region is now a nine-team race with the 10th spot far behind. Bethel-Tate’s loss last week put them on the bubble.”

“The picks are obvious in the chart, but if reversed we would see different teams in the Nos. 7-10 range,” Shuck said.

In Division VI, Region 24, Deer Park (5-3) plays host to Mariemont in a significant game for the Wildcats. A win over Mariemont adds 3.5 points to their total.

In Division VII, Region 28, New Miami (7-0) is projected to finish No. 1 in the region. Cincinnati College Prep (6-2) is not a lock but certainly has a chance and is projected at No. 6.

Lockland (5-3) is projected No. 9 but a win over North College Hill or New Miami could provide enough points to make it in the top eight.