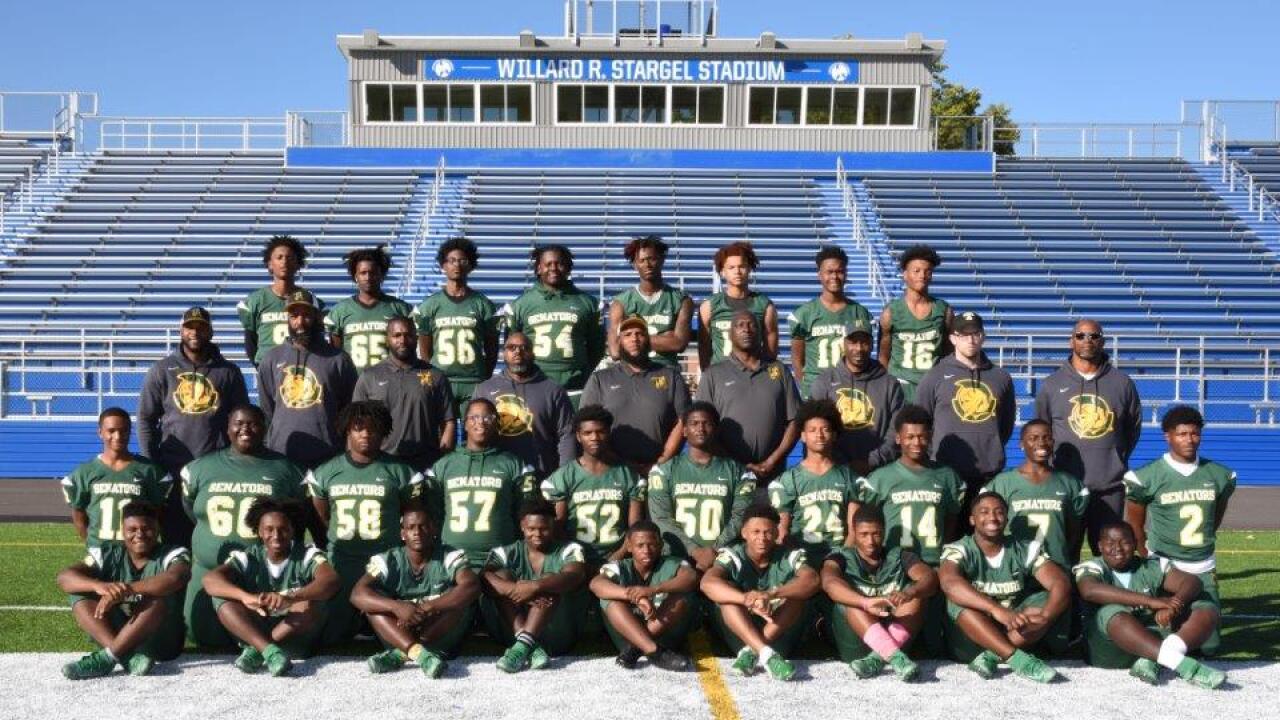 Ted Schwieterman at All Star Sports
The Taft football team is projected its fifth consecutive trip to the playoffs next week.

CINCINNATI — Week 10 has arrived. The drama has just started.

Several scenarios exist across the seven area regions of the Ohio high school football landscape entering the final weekend of the regular season.

Shuck – the Greater Miami Conference commissioner – is assisting WCPO for the fourth consecutive season. Shuck’s information is independent and unofficial. It has no official connection to the OHSAA computer points.

The top eight teams in each region qualify for the playoffs with the top four hosting first-round games.

Elder, which is projected as the No. 1 seed, plays at La Salle (7-2) Friday night. The winner earns the Greater Catholic League South division outright championship.

"They know what’s at stake," Elder coach Doug Ramsey said. "Winning an outright GCL title is a great accomplishment. I also told them they could have one of the best regular seasons in school history. A win would mean 9-1 and GCL champs against a very challenging schedule."

Ramsey said the keys are simple for the Panthers - limit big plays and be efficient on offense against the Lancers.

"They have scored a lot on long plays and we can’t let that happen," Ramsey said. "We need to make them drive the field. Offensively we have to take what they give us and not turn the ball over."

Friday’s Colerain at Fairfield game will not only determine the Greater Miami Conference champion, but it also has an impact on the order in Region 4. If Fairfield wins Friday, the Indians will be the No. 1 seed in the region, Shuck said.

“I have told our kids that this is a tremendous opportunity to play for a GMC championship,” Fairfield coach Jason Krause said. “This is an opportunity that they have earned through all of the work they put in. It culminates this week.”

"The backdrop for this game is exactly how it should be," Colerain coach Shawn Cutright said. "Both teams are 7-0 in the conference and we wouldn't it any other way. We have worked hard to get to this point and are extremely excited to have the opportunity to play for the GMC title."

Sycamore (4-5), which plays at Oak Hills (0-9) Friday night, is projected as the No. 8 seed but there could be some changes.

Mason (4-5) can get into the postseason with a win at Princeton. Lakota East will be a part of the conversation with a win over Hamilton.

“There is a lot to be determined Friday night,” Shuck said.

In Division II, Region 8, La Salle (7-2) should move to the top of the region if it wins over visiting Elder Friday.

"We are excited to play Friday for our second outright GCL championship in school history," La Salle coach Pat McLaughlin said. "The atmosphere is going to be great and we know we are playing a great team."

McLaughlin said the La Salle defense will have to be ready to step up on Friday night.

"Elder's offense has been almost unstoppable all season; they are big, well coached and the quarterback (senior Matthew Luebbe) makes great decisions in the run and pass game. Finding a way to slow down their offense will be our biggest challenge."

Columbus St. Francis DeSales (8-1), which plays at Bishop Hartley (8-1) Thursday night, is projected at No. 7 but could move in multiple directions, Shuck said.

“They can enter the top four with a win over Hartley but can also experience a little anxiety if they lose, having a small margin over those battling for the last qualifying spot,” Shuck said.

Little Miami (7-2), Winton Woods (6-3) and Talawanda (7-2) are very close with their projected final points. Shuck said those teams should monitor results from their defeated opponents and Columbus-area scores including those from Walnut Ridge and Canal Winchester.

“Little Miami got a huge break in week nine when two defeated opponents pulled off upsets,” Shuck said. “For one team it was their first win and the other won for the second time. That added a little more than a point to Little Miami’s total and it’s the primary reason they opened up a little lead over the other two.”

If Ross (7-2) defeats Talawanda, the Rams could move to the top four. The Rams aren’t expected to drop past No. 8.

Alter (5-4), which has been in the playoffs every season starting in 2001, could add a significant amount of computer points if the Knights defeat host Chaminade Julienne (8-1).

In Division IV, Region 16, Bethel-Tate (5-4) needs assistance in order to reach the top eight. Wyoming (9-0) is projected as the No. 1 seed. The Cowboys, who have won 40 consecutive regular-season games, play host to Indian Hill (8-1) Friday night.

“There is a battle for home field between Indian Hill and Kenton and things could get a little tight for Roger Bacon should it lose to Summit,” Shuck said.

The winner of the Mariemont (7-2) at Madeira (7-2) game advances to the playoffs and the loser does not, Shuck said.

There are no area teams in contention for Division VI, Region 24.

WCPO will continue to update Shuck's projections through this weekend. There are also a number of games Saturday afternoon and night that impact area teams.

The OHSAA will announce the 224 playoff qualifiers Sunday. There are 712 high school football teams around the state this fall.