Ohio football playoff races coming down to the wire 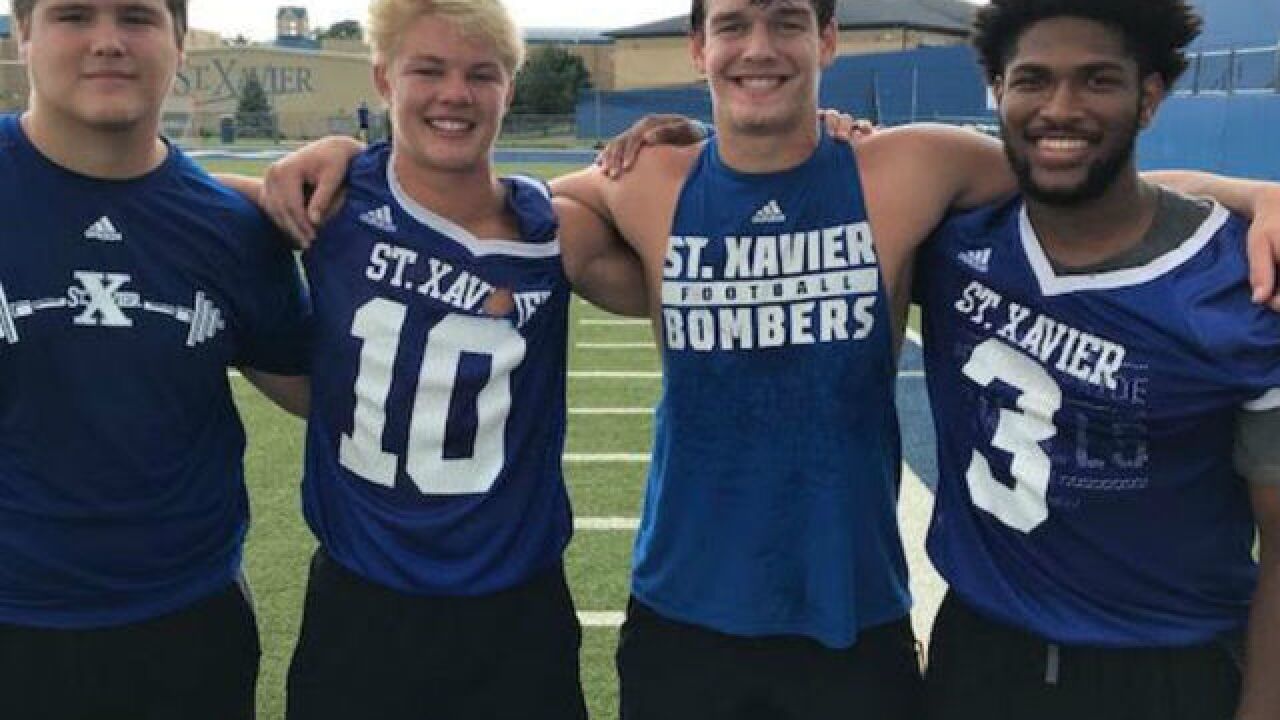 CINCINNATI – The next two weeks of the high school football season will certainly be very interesting.

The path toward the postseason took another step in Week 8 Friday night as area teams try to make it among the top eight teams in each respective region. The top four host first-round games.

In Division I, Region 4, Elder likely dropped from a projected No. 2 seed to potentially a No. 4 position after its loss at home to Winton Woods, according to playoff projections analyst Steve Shuck.

Western Hills (5-3) lost to Taft 27-0 Friday night, but the Mustangs could certainly make an impact on the region with a win at Little Miami Oct. 26, according to Shuck.

Shuck projected St. X to finish No. 8, which would set up a first-round game at rival Colerain. But a lot is still to be determined before the Bombers can make a 10th consecutive postseason appearance.

In Division II, Region 8, Winton Woods (7-1) could win the region with two more wins. The Warriors play host to St. Francis DeSales Oct. 19 before closing the regular season against Moeller at Lockland Oct. 26.

Lewis Center Olentangy and Teays Valley lost Friday night while Anderson defeated Turpin. The Redskins (6-2) are No. 4 in the points standings, according to Joe Eitel.

Shuck said it will be an interesting dynamic with La Salle (4-3), Anderson and Dublin Scioto (6-2) vying for spots in Region 8.

La Salle's scheduled Friday night game with International School of Broward (Fla.) was canceled due to the impact of Hurricane Michael.  La Salle announced Thursday night that Broward (0-7) would not make the drive to Cincinnati.

"The superintendent and principal would not let the students travel due to the entire state of Florida being under a state of emergency," La Salle Interim AD Jim Barre said on Twitter.

Lancers coach Pat McLaughlin confirmed the Lancers will have a nine-game schedule.

Shuck, the Greater Miami Conference Commissioner, will continue to project playoff qualifiers for WCPO until Oct. 28. He will have the complete outlook for seven divisions Oct. 17 for games entering Week 9.

Shuck has formally made playoff projections since 1996. Shuck's information is independent and unofficial.