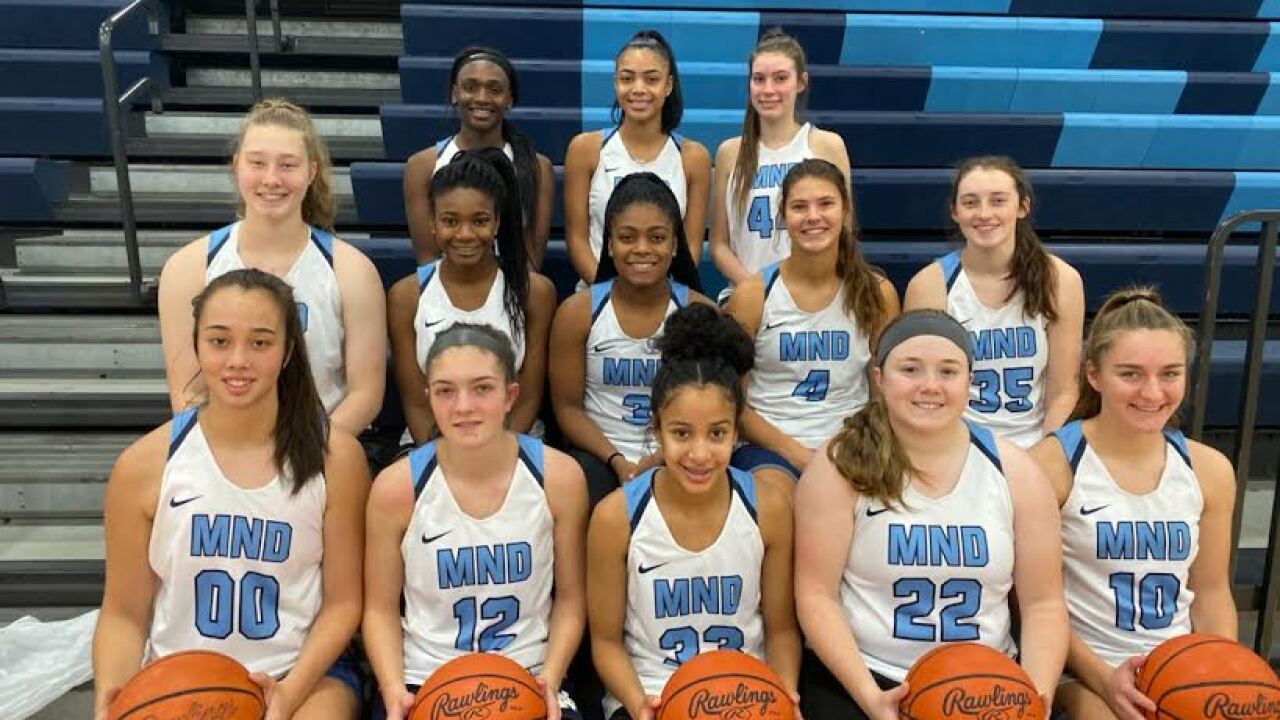 Mount Notre Dame High School
The Mount Notre Dame basketball team has a 12-0 record for the first time since the 2008-09 season. The Cougars are ranked No. 5 nationally this week by MaxPreps.

READING, Ohio — The Mount Notre Dame basketball team is ranked No. 5 nationally this week by the MaxPreps Xcellent 25.

Ohio Girls Basketball Report Associate Director Bryce McKey told WCPO Friday morning the most impressive part of the Cougars’ win streak has been the depth of the team, especially when it was without junior guard Laila Phelia for several games because of an injury.

Phelia, who suffered a concussion early this season, returned to action Dec. 21 and scored four points against visiting Lebanon. A week later, she scored 23 points in a 71-34 win over Toledo Central Catholic.