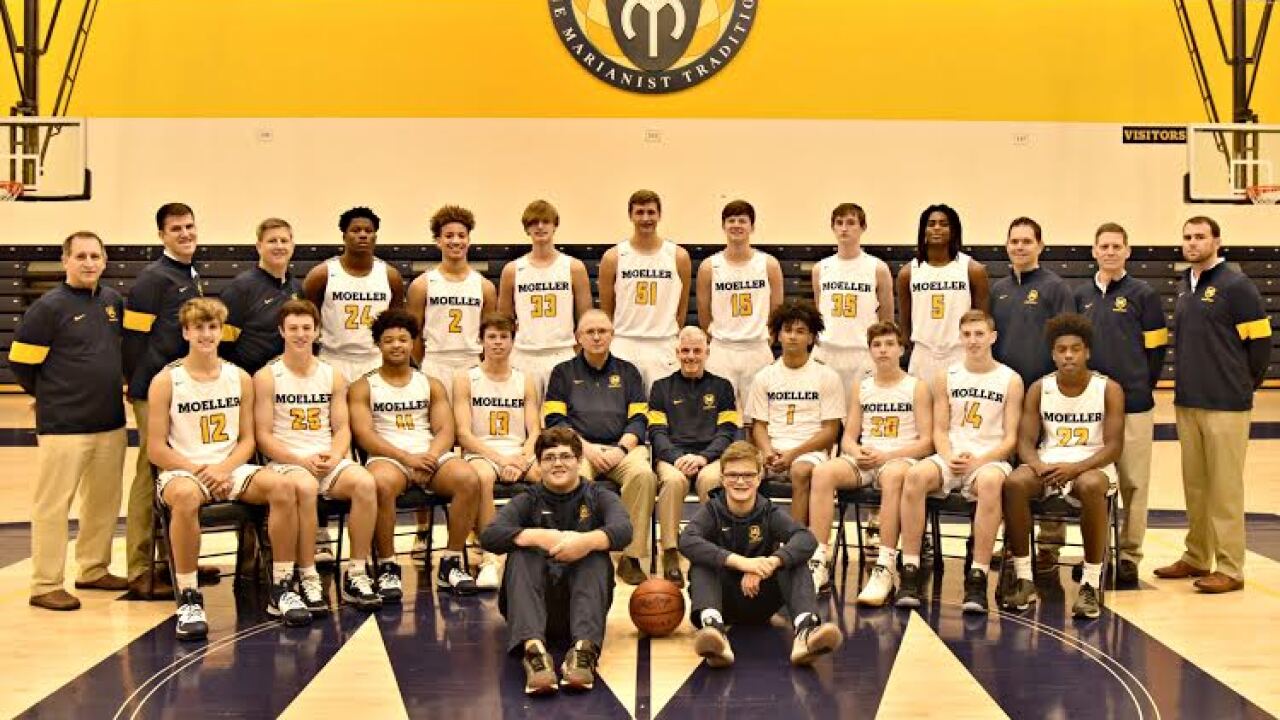 Michelle Lloyd
The Moeller basketball team improved to 10-1 Friday night after a 45-43 win at La Salle.

But the Crusaders rallied from an early nine-point deficit to defeat host La Salle 45-43 in a Greater Catholic League South division showdown.

“It was a heavyweight fight,” Kremer said. “Their kids played hard and our kids did. It was a great game for the GCL.”

“It was awesome,” Land said. “It was a great environment. La Salle came to fight and we held our own.”

Moeller trailed 16-7 with under a minute to go in the first quarter but led 24-22 at halftime. Land’s 3-pointer late in the third quarter gave the Crusaders a 37-31 lead.

La Salle senior guard Jeffrey Queen’s two free throws put the Lancers ahead at 40-39 with 4:39 left, but Duncomb’s layup pushed the Crusaders up to 41-40 and his steal allowed Land to score 34 seconds later to give the Crusaders a 3-point lead.

Moeller made a defensive stand with 27.7 seconds remaining, refusing to allow La Salle a good look at the end as time expired.

“I thought it was a great environment to play in,” Moeller junior forward Alex Williams said. “We’re competitors. We like adversity. I feel like we got challenged and I feel like we fought the challenge and came out with a victory.”

Moeller, ranked No. 1 in the Associated Press Division I state poll, next plays host to Huber Heights Wayne Jan. 14.

“I think we’re getting there," Williams said of the team's progress through 11 games. "We are not at our peak but I think we are getting there. We just have to keep working.”

Moeller is 94-5 dating back to the 2016-17 season, according to Moeller sports information director Steve Albrinck. The Crusaders are 66-0 against teams from Southwest Ohio since Dec. 10, 2016.

Goedde said the Lancers gave a strong effort in all aspects Friday night.

“Our kids fought, scrapped and gave us everything they can,” Goedde said. “Our guys are resilient.”

The Lancers next play at Winton Woods Jan. 13.