Mason gives up big lead, then rallies back to beat rival Sycamore in overtime 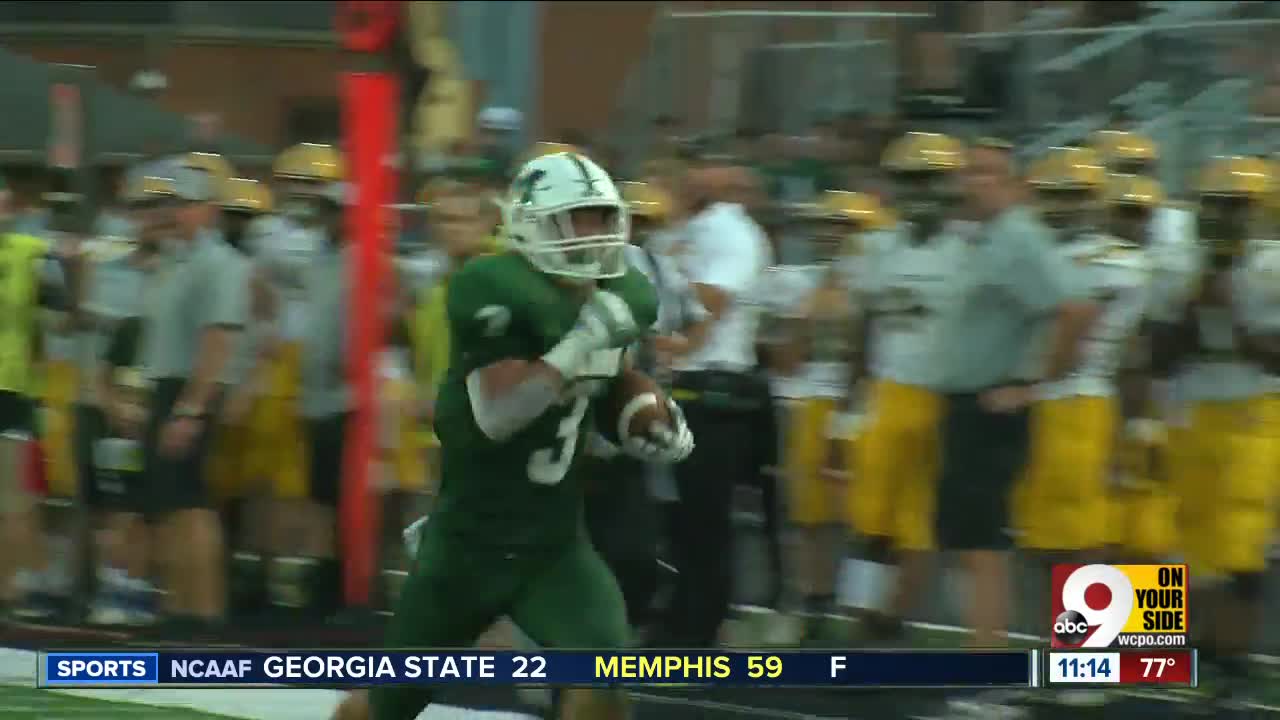 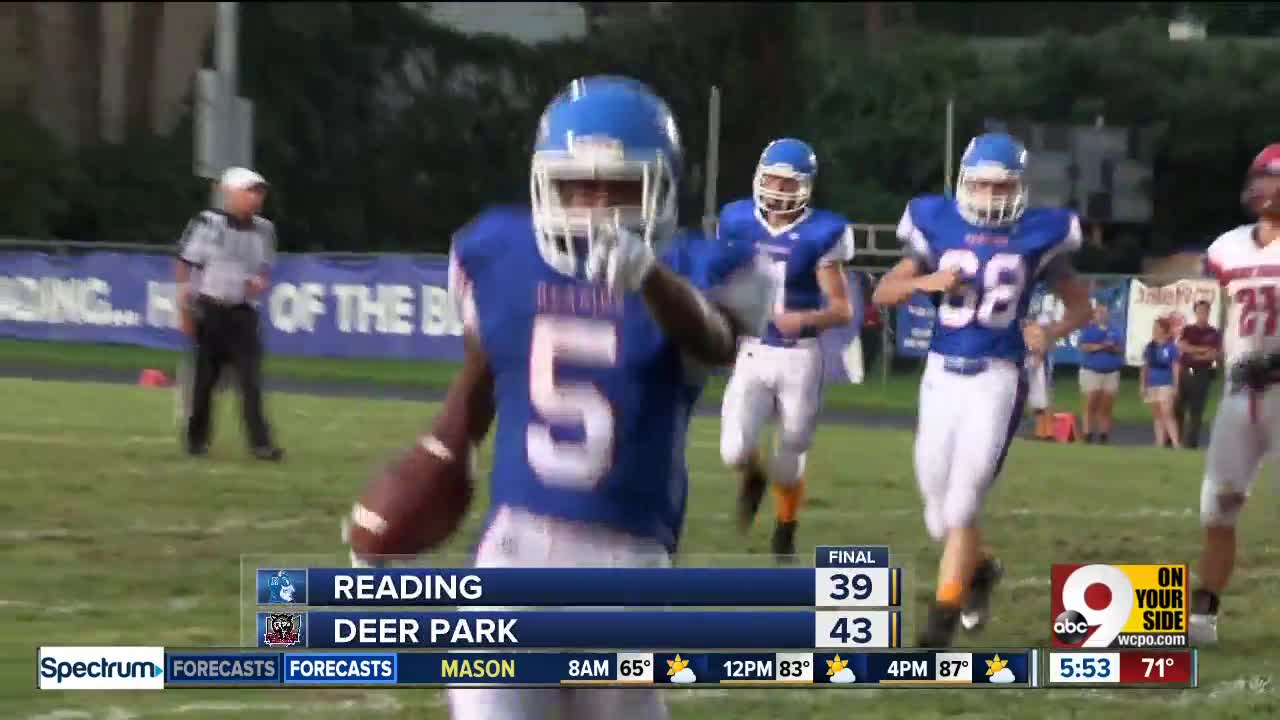 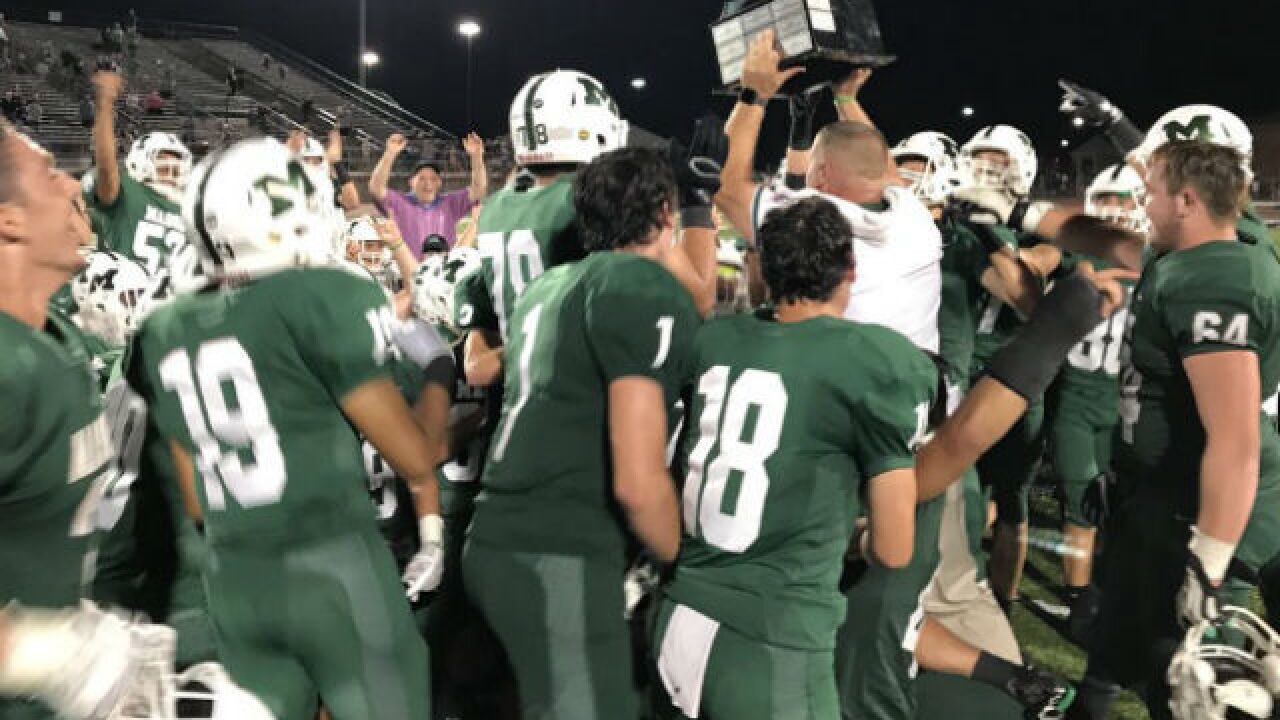 MASON, Ohio – Drenched with sweat, with a towel around his shoulders, Mason football coach Brian Castner triumphantly lifted the Battle of the Skies trophy shortly before 10 p.m. Friday.

“Guys,” he told his team gathered around him, “that’s what you call a high school memory you will never forget."

It was a game more reminiscent of the playoffs had it not been hot and humid and Week 4.

The rivalry between the two schools – separated by just 6 miles - certainly lived up to the anticipation and should be instantly considered a "game of the year" candidate.

Mason defeated Sycamore for the first time since 2015. Entering Friday, the Aviators held an 8-3 series lead since 2007. Sycamore had also outscored Mason 236-93 in those 11 meetings.

And when Sycamore scored 21 unanswered points in the third quarter to take a 27-20 lead, it looked as if Mason would lose a golden opportunity after leading 20-6 at halftime.

But the Comets (3-1, 2-0 Greater Miami Conference) refused to break.

“It means the world (to win),” Mason senior running back Logan Dalton said. “Coach talked all week about how adversity is going to hit the fan some time and it’s all about how you react.”

Dalton had 14 carries for 146 yards unofficially and two touchdowns. He also had a 50-yard run on the third play from scrimmage.

“Are you kidding me?” Castner said. “He manned up and he did exactly what we needed him to do. It awesome.”

Sycamore recovered a fumble with under a minute left in regulation, but the Comets blocked a field goal attempt with two seconds left to force overtime.

In overtime, Sipe made a 42-yarder after the Comets lost 5 yards on first down.

Sycamore senior quarterback Drew Altemuehle had a 16-yard run on first down to put the Aviators at first-and-goal at the Mason 4-yard line.

But the Mason defense held firm and deflected the fourth-down pass near the goal line to seal the win.

“That was very exciting,” Mason senior defensive lineman Chase Evans said. “It was one of my favorite games.”

Trailing 20-6 until 3:04 left in the third quarter, the Aviators scored on fourth down when junior Jordan McConnell made an outstanding catch with a defender covering him closely to the end zone.

Then, senior defensive back Brian Doneghy had a 29-yard interception return for a touchdown on Mason’s next drive to tie the game at 20 with 1:59 left in the third quarter.

Altemuehle found senior Lee May for an 18-yard touchdown connection to give the Aviators a 27-20 lead with 6:11 left in the fourth.

Altemuehle was 19 of 29 passing for 210 yards, according to the unofficial stats. Senior wide receiver Davis NiBlack had five receptions for 102 yards and made some critical receptions down the stretch.

Sycamore coach Scott Dattilo said earlier this week he liked the grittiness of his team, and it showed Friday night.

“I was proud of their effort and grit but disappointed in our execution down the stretch," Datillo said after the game. "We did enough to possibly win, but not enough to actually do it.”

But it was the Comets’ night on their home turf in the end for the current team and those in the Long Green Line.

“The crowd, the Black Hole (student section) – it was just insane,” Mason junior quarterback Collin Brown said. “There is nothing like playing in front of 5,000 people.”