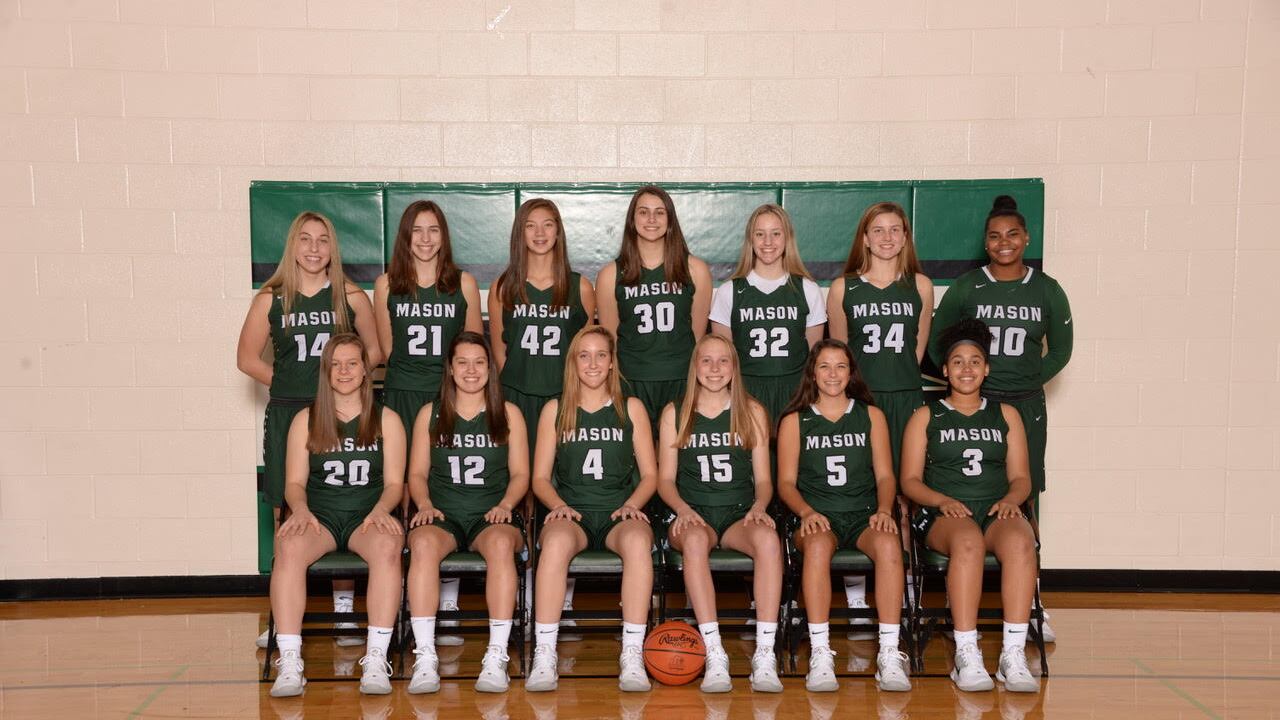 Provided
The Mason girls basketball team has a 5-2 record and will play host to Fairmont Thursday night.

“We still had the ability to carry out our game plan,” Matula said. “Even when the game got tight our players didn’t panic and continued to play hard on both ends.”

Freshman guard Margo Mattes tied a season high with 21 points and grabbed a season-high 13 rebounds to go along with two steals to lift Mason.

Matula said Mattes has the ability to score from anywhere and is effective on the defensive end, too. Mattes averages 17.1 points, 5.3 rebounds and 2.9 assists. Freshmen Amanda Barnes (seven points) and Gabby Razzano also started Tuesday night.

“Margo is playing extremely well for a ninth-grader,” Matula said. “Although she is very talented she has so much to learn, which makes my job exciting. Pile on top of that, we have three other freshmen playing varsity and four others practicing with the varsity. Very exciting times here.”

“You are always going to get something from (Bransford) and Makira,” MND coach Dr. Scott Rogers said. “They are two of the best players in their respective classes in the country. We are very blessed to have them.”

Boys basketball
Woodward sophomore point guard Paul McMillan IV is averaging 30.5 points, 5.8 assists, 5.3 rebounds and 3.0 steals for the Bulldogs (2-2), who play at Aiken (4-0) Friday night. McMillan, who has scholarship offers from the likes of UC, Xavier, Mississippi and University of Tennessee at Martin, is rated the nation’s No. 5 point guard in the 2022 class by 247 Sports.

Bethel-Tate has a 5-1 record after a 43-38 win at Felicity-Franklin Tuesday night. Bethel-Tate was 3-20 last season.