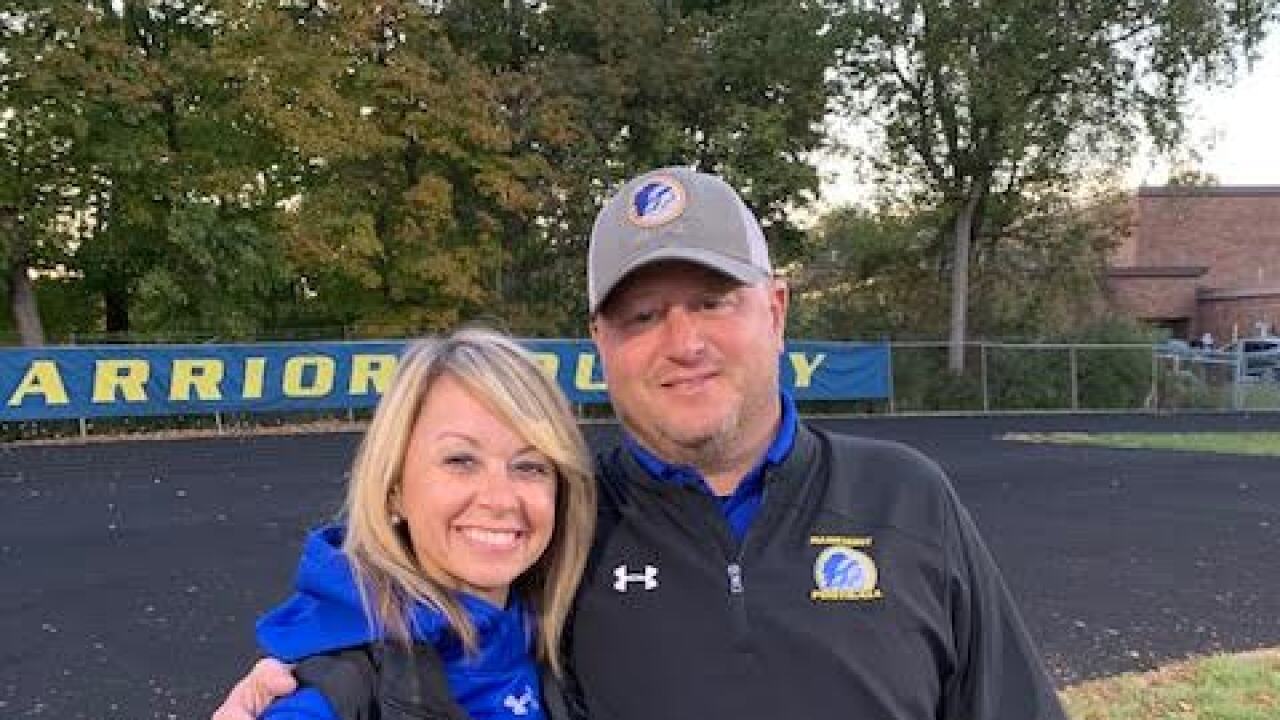 Provided
Kurry Commins led the Mariemont High School football program for seven seasons. He had a 46-26 record and two playoff appearances since 2013. He wants to spend more time with his family including his wife, Amy (left) and their three children.

MARIEMONT, Ohio — Mariemont football coach Kurry Commins is at peace with his decision to step down Monday in order to spend more time with his family.

Commins, 43, will continue to be a social studies teacher at Mariemont, a school and a community that he's thoroughly enjoyed the past eight years.

Commins was 46-26 in seven seasons as the Mariemont head coach. He said it was very rewarding to impact student-athletes over the years. He spent eight years overall in the Mariemont football program including one season (2012) as an assistant coach under former longtime head coach Tom Crosby.

“I am most proud of being able to continue the strong tradition that Mariemont football has always had,” Commins said.

“He had a tremendous year with them,” Mariemont athletic director Tom Nerl told WCPO Monday afternoon. “I am very grateful for what he did. He had a real good rapport with the kids from day one.”

Mariemont had two postseason appearances (2014 and 2013) under Commins. He was named the Cincinnati Hills League coach of the year in 2013 – his first season as head coach.

Commins said he wouldn’t close the door completely on coaching high school football again in the future but is very content with helping his wife, Amy, raise their three children - ages 11, 9 and 5.

Mariemont does not plan to name an interim head coach. Nerl said the school will accept applications for the head football coaching position for the next three weeks before starting interviews in January.