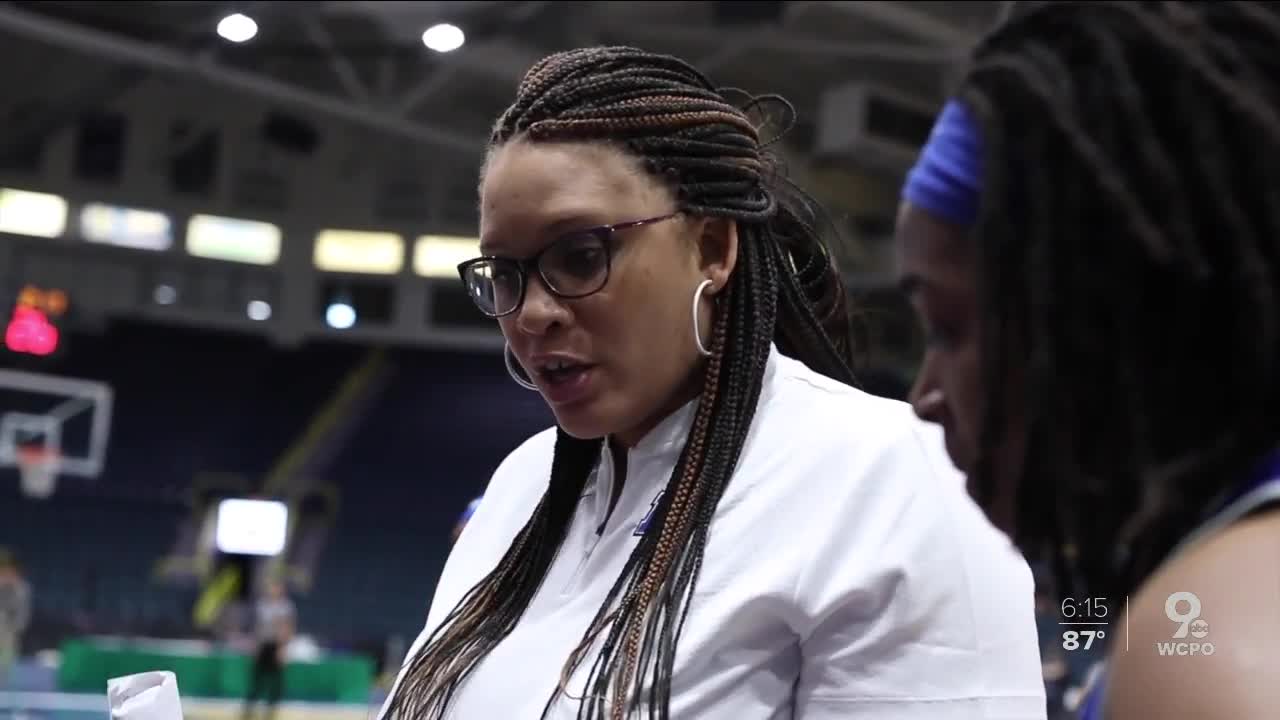 Shalon Pillow has the game in her DNA. Her dad coached her from third grade through her All-American run at Taylor High School.

MIAMI TOWNSHIP, Ohio — Wherever Shalon Pillow goes, the village of Addyston is close by.

Four years playing with Pat Summitt's Lady Vols at the University of Tennessee; then assistant coaching stops at South Florida, Hofstra, Kentucky; and most recently Middle Tennessee State: Addyston, the small, western Hamilton County village was there for it all.

Pillow's pillow has a head coach's head resting on it for the first time. The former local high school sports star is now in charge of Florida A&M's women's basketball program.

“(FAMU) has such great potential. It's a great product, and I have all the resources I need. It's something I want to be a part of,” Pillow said

Setting the table in her childhood home was often a chore. Coach was at dinner every night.

“I do not want the salt shaker to be number 25 from the other team. I just wanted a little salt,” Pillow said.

Pillow has the game in her DNA. Her dad, Dan, coached her from third grade through her All-American run at Taylor High School. Her mom played, too, and was the official videographer.

“I told her: Better be glad I wasn't able to play in the style you play. Because there would have been some competition,” Ann Pillow said.

But coaching -- that wasn't always in her blood.

“There was a time when she was pretty much saying I'm not going to deal with basketball. Going to do something else. Can't say I was the happiest guy in the world when she made that announcement,” Dan Pillow said.

She decided she couldn’t be a ball stopper. She was the girl who crossed the gender line in third grade. No girl’s basketball teams existed in Addyston then. The next season, one did.

She did it for her and for all the girls with a love for the game now.

“Being able to run my own program and help mold and develop young women, that's my platform,” Pillow said.

Now her heart is in Tallahassee at the historically black campus. In a sport lacking black females in leadership roles, she's a face of progress.

Her job has just begun but she should rest easy on that pillow tonight.