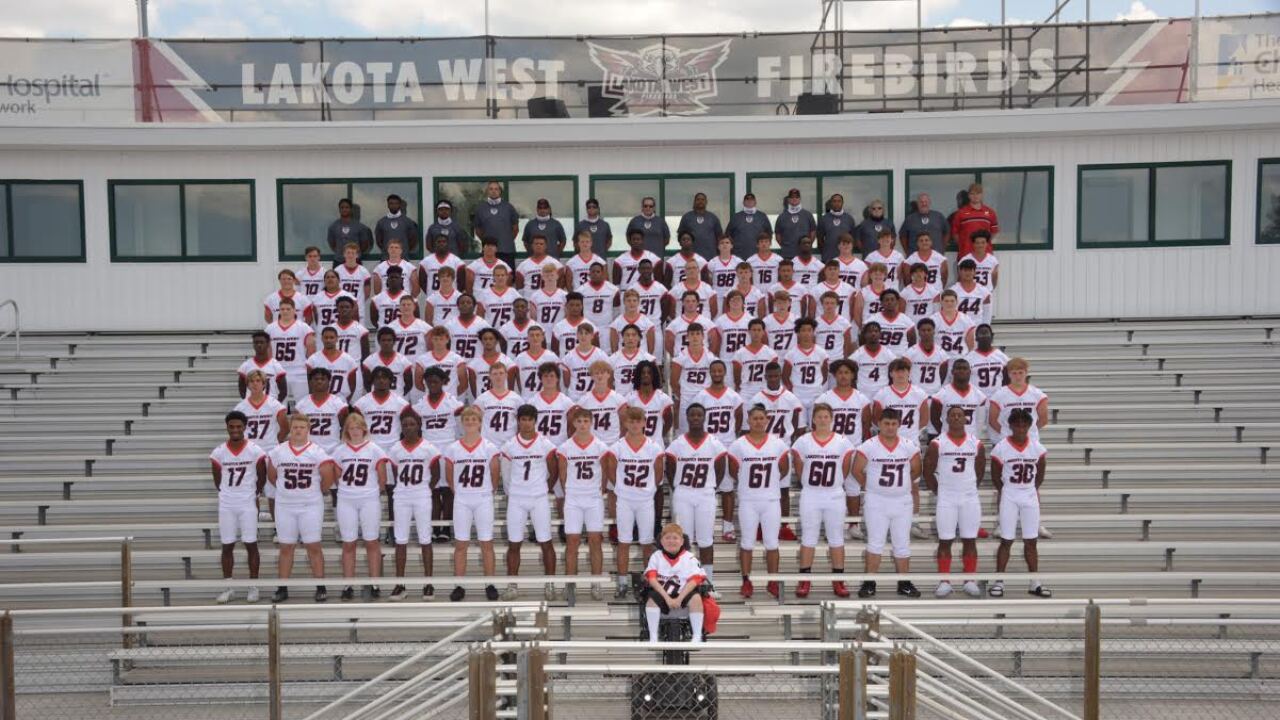 Lakota West is 4-0 for the first time since the 2012 season when it started 8-0. And the Firebirds continue a significant turnaround in the program.

Yet, Firebirds coach Tom Bolden wasn't jumping for joy after the game.

The Firebirds didn't earn extra points for style Friday night at Fairfield Alumni Stadium. Lakota West simply made the plays down the stretch in a 21-7 win over Fairfield.

"We just didn't play well for three quarters, to be quite honest with you," Bolden said.

But, the Firebirds (4-0, 4-0 Greater Miami Conference) stayed ready for their moment to convert on an opportunity.

Senior defensive back William Barber's interception at the 9:21 mark gave the Firebirds the ball at the Fairfield 42-yard line.

Six plays later, sophomore quarterback Mitch Bolden found senior Adrian Davis in the right corner of the end zone for a 25-yard touchdown pass connection that helped to tie the game with 7:44 left.

"It was one of those things that I tried to keep telling them that we needed to make a play," Bolden said. "And once we made a play the kids kind of fed off that. Mitch throwing that good ball and AD going and getting it - I think that sparked us for sure."

Later, the Firebirds went ahead 14-7 thanks in part to senior Joshua Brogden's 12-yard touchdown at the 4:24 mark.

The Firebirds added another touchdown when junior Alex Afari's interception return went into the end zone.

Fairfield (1-3, 1-3 GMC) has lost back-to-back games, but the record may be deceiving with a close finish Sept. 11 and a strong effort Friday night to pull an upset.

Fairfield went 7-0 at the 3:32 mark of the first quarter Friday night when senior Jayden Mayes scored on a 38-yard touchdown run. It looked like Fairfield could pull the upset early in the fourth quarter.

Fairfield next plays at Lakota East Sept. 25. Lakota West plays host to Oak Hills. Next week will be the fifth game of a six-game regularly scheduled season.

The Ohio High School Athletic Association said all eligible football teams are able to make the postseason this season. That is the first occurrence since the playoffs started in 1972.

The deadline for Ohio high school football teams to opt in for the postseason is Thursday.