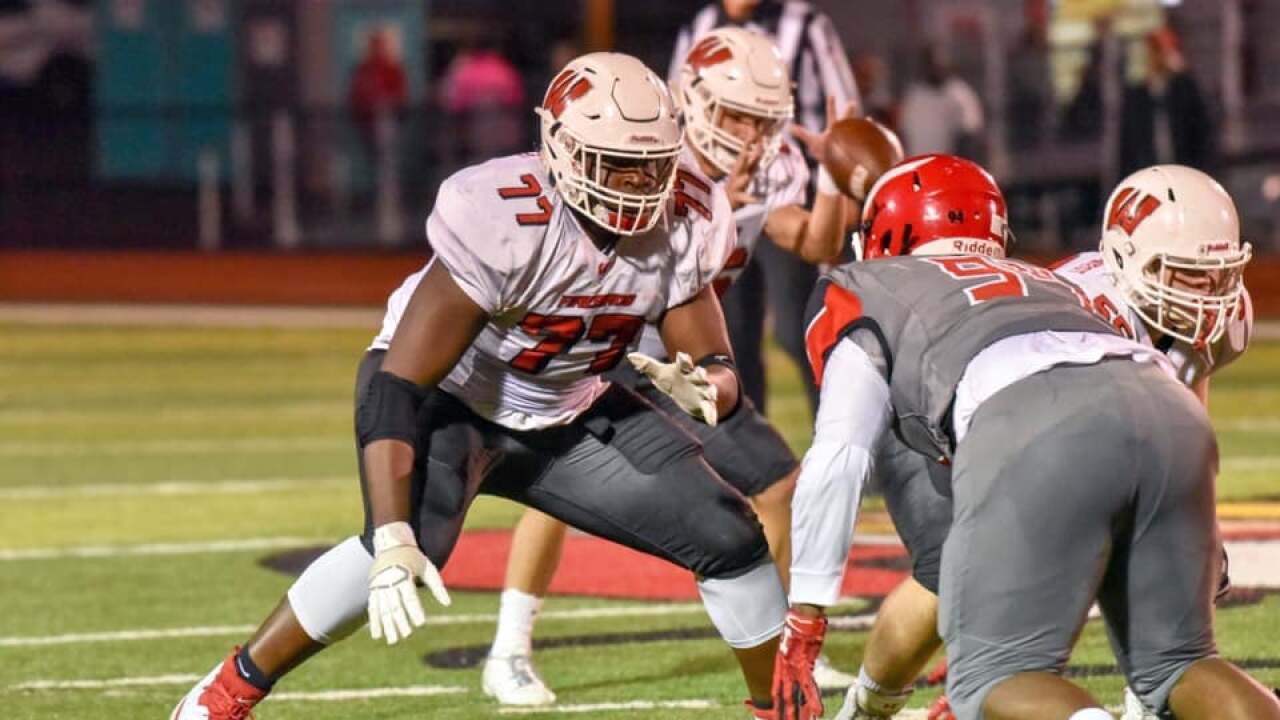 "Ever since I was a little kid I've always been watching Ohio State football," Tshabola told WCPO. "Now I've actually talked to the coaching staff and got a chance to meet with Coach Ryan Day a few times I know that is the right place for me. They told me they would take care of me and I believe them. I have a whole lot of faith in that coaching staff."

Tshabola, a first-year varsity starter in 2019, is the first Cincinnati-area high school football player to make a verbal commitment to a college program in the 2022 class.

"Dominance at an early stage of development. Road grader inside guard-type that needs to develop as a pass protector. He plays with solid technique and has major upside as the weight room develops his body."

Tshabola is the second 2022 player overall to verbally commit to Ohio State, according to 247 Sports. The Buckeyes were the first program to offer Tshabola a scholarship in early November 2019.

"That was unreal," Tshabola said. "It was a dream come true. That day I almost committed, but I decided I wanted to wait for a few more visits, a few more trips and visit a few more other schools. But I made my decision up and I don't plan on changing it anytime soon."

He was named Division I second-team all-district and first-team all-Greater Miami Conference in 2019 for the Firebirds (7-4), who made their first playoff appearance since 2014.

Lakota West plays host to La Salle in Week 1 in the second game of a home-and-home agreement that was agreed upon in September 2018.