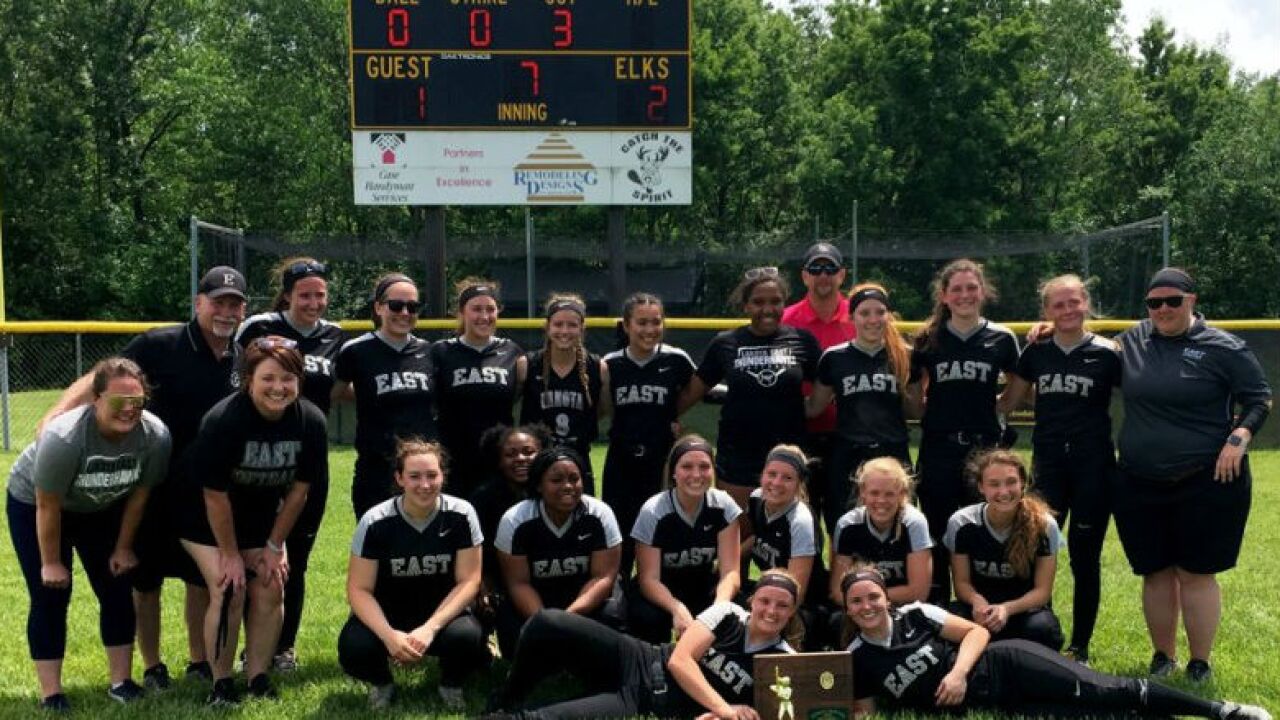 LIBERTY TOWNSHIP, Ohio — Dan Castner has a good feeling about this Lakota East softball team as it prepares to travel to Akron for the state tournament.

Through success or adversity, this group of juniors and seniors has stayed together throughout.

“We are like a family,” said Castner, who is coaching the Thunderhawks with Jess Howard this spring.

It was been a rollercoaster of emotions for Lakota East this season as the Thunderhawks make their first state Final Four appearance since 2010.

Longtime head coach Steve Castner, Dan's brother, is improving from a serious undisclosed medical condition he has had since late April, but he likely won’t be able to make the trip to Akron because of his continued rehabilitation.

Dan Castner and Howard – both Lakota East assistant coaches – have assumed the coaching duties. The team has kept Steve in their thoughts all this season.

“He’s doing better every day,” Dan Castner said. “… He gives me some words of encouragement.”

Lakota East (29-1) plays Westerville Central (28-2) in a Division I state semifinal at 10 a.m. Friday at Firestone Stadium in Akron.

Lakota East is trying to become the first area large-school division softball team to win a state title since Hamilton captured the AAA championship in 1985.

“They are working toward one thing and that is a state title,” Castner said.

Senior pitcher Sydney Larson, an Ohio University signee who likely will play infield in college, is hitting .488 with 11 doubles, 28 RBI and seven stolen bases. As a pitcher, she is 20-1 with 185 strikeouts, nine shutouts and a 0.71 ERA.

“My message right now is to stay as focused as possible and believe in themselves to the point where we can walk with our heads high and take a victory at a time,” Dan Castner said.

BOYS VOLLEYBALL: Lakota East, St. Xavier and La Salle are among the area teams in the state tournament Saturday at Capital University in Columbus.

Lakota East plays Mount Vernon at 10 a.m., while Moeller plays Cleveland St. Ignatius at 1:30 p.m. and St. Xavier plays Jackson at 3:15 p.m. in the Division I quarterfinals. La Salle plays Walsh Jesuit in a Division II state semifinal. The remainder of the state semifinals and finals will be held Sunday.

"My message to the team has been to relax and continue to do the work they've always done," Lakota East coach Brittney Billiter said. "Each practice they truly work on improving and that's what we need now."

GIRLS LACROSSE: Sycamore plays Upper Arlington at 7 p.m. today in a Division I state semifinal at Beavercreek. The state final is 4 p.m. Saturday at Ohio Wesleyan.