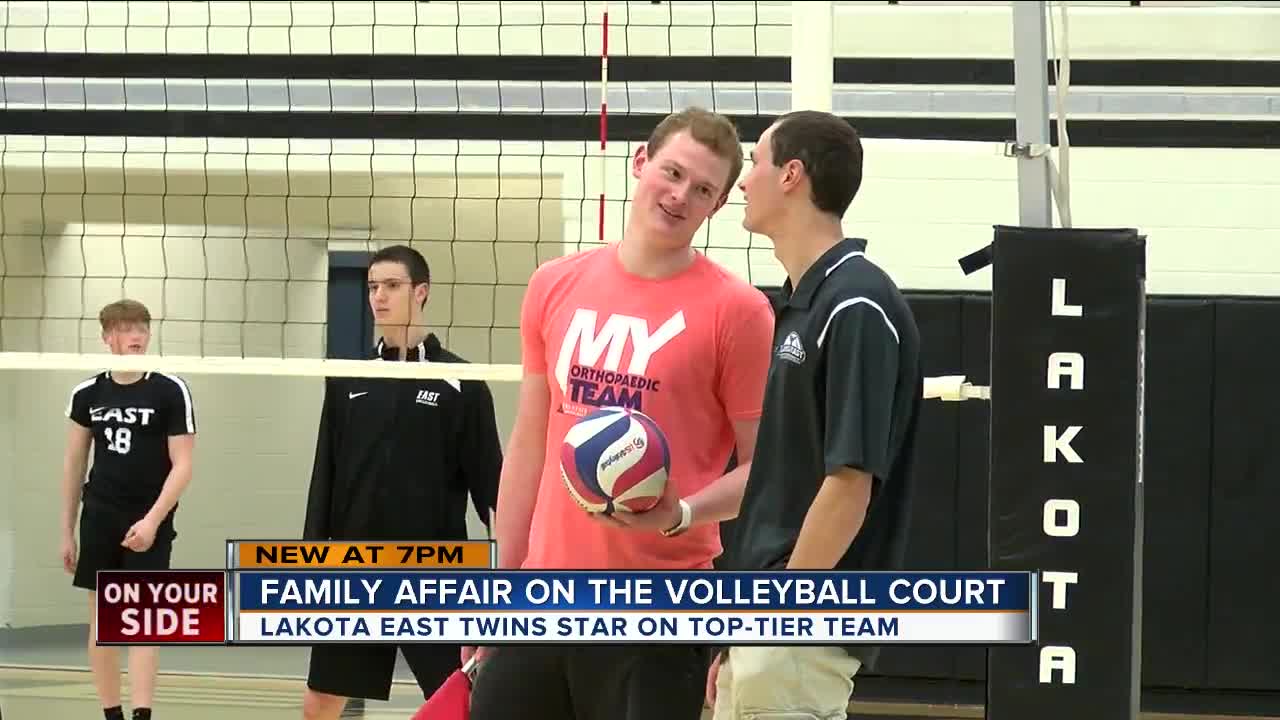 Lakota East senior Trenton Kuhlman and his twin brother, Reese, are an instrumental part of the Thunderhawks' volleyball program.

LIBERTY TOWNSHIP, Ohio — Lakota East senior Trenton Kuhlman smiles when he considers what volleyball has meant to his life.

“Volleyball is the best sport,” Kuhlman said. “I run cross-country as well, but volleyball is far superior. Just the team chemistry and the bonds that you get with others — it’s fun.”

The Lakota East boys volleyball program has been a way of life for the Kuhlman family. Four brothers have played for the Thunderhawks.

Trenton and his twin brother, Reese, have helped the Thunderhawks to a 10-1 record this spring and what they hope will be a deep postseason run in their final high school season.

“It’s super unique,” Lakota East coach Brittney Billiter said. “We always joke that they missed all being on the varsity squad by one year.”

As Lakota East starts the homestretch of the regular-season schedule, Trenton and Reese — both of whom have over a 4.0 grade-point average and have an interest in studying civil engineering in college — appreciate the opportunities they’ve had over the years in the program.

“This is the best team we’ve had in all my years,” said Trenton, the starting setter since his freshman season and 2018 Greater Miami Conference player of the year. “We’re really good because we have a lot of experience together. We’ve played a lot together.”

Reese, an outside hitter, has enjoyed playing with Trenton for the past six years. Trenton often shows his emotions on the court, while Reese is more even-keeled.

“They are a great dynamic duo to watch on the court,” said Bryant, who was a 6-foot-9 setter in high school.

His past experiences playing other area teams help highlight tendencies for which Trenton and Reese can prepare in crucial matches. The brothers also can be found in the back yard playing in their spare time, and all have played sand volleyball in the summer.

“It’s definitely unique because I used to be a setter myself here at Lakota East High School,” Bryant said. “And watching my brothers step into my shoes — it’s quite unique and quite fun because we’ve had Kuhlmans here for the last eight years playing Lakota East volleyball. It’s definitely special.”

Billiter said the twins have a great deal of dedication to the sport and that has helped the Lakota East program win nine consecutive matches and be undefeated in the GMC (5-0).

“It’s been a fun pleasure to have them,” Billiter said. “It’s been a very unique situation, and we will certainly miss them in the program once they have graduated.”